Tony Abbott spending $730,000 to ward off a challenge from Zali Steggall in Warringah electorate

Tony Abbott’s $733,000 war chest: Former PM throws huge sums of cash at campaign to to save his seat of 25 years from lawyer and Olympic skier Zali Steggall

By Hannah Moore and Stephen Johnson For Daily Mail Australia

Tony Abbott is spending more than $700,000 in a desperate bid to stop a world champion skier from snatching his blue-ribbon Liberal electorate at the next federal election.

In a bid to stop this happening, the Liberal Party in Warringah has raised $730,000, The Australian Financial Review has reported.

Tony Abbott (pictured) is spending more than $700,000 in a desperate bid to stop a world champion skier from snatching his blue-ribbon Liberal electorate at the next federal election

Ms Steggall has hit back at the Liberal Party, after it accused her of being a front for left-wing activist group GetUp!.

‘It is rather ironic that after spreading rumours that I am funded by GetUp!, from whom I don’t receive a cent, Mr Abbott has such a “war chest”, without disclosure of how much is from far-right extremist groups,’ she told Daily Mail Australia on Tuesday.

‘My grassroots campaign is purely relying on community support via public donations.

‘I don’t have anywhere near that amount of funding, but I do have huge community engagement and support.’ 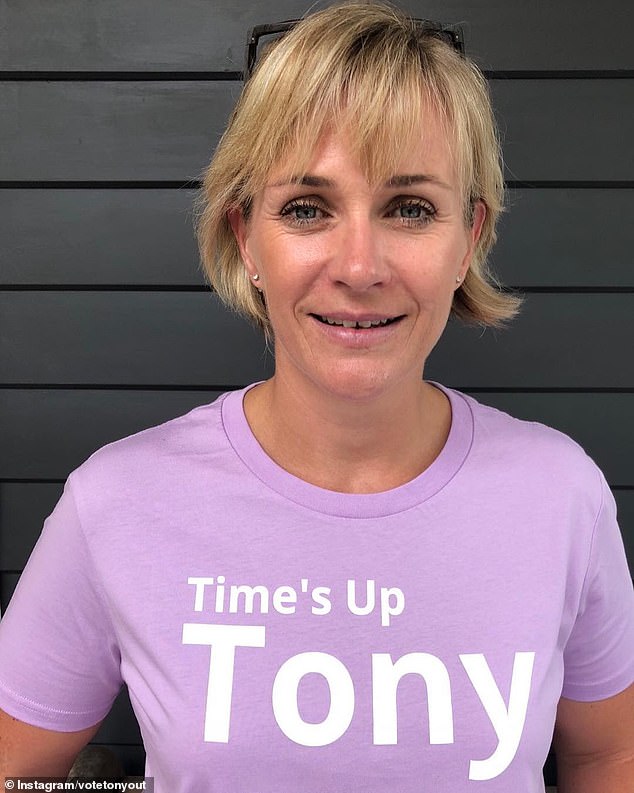 While Mr Abbott kept his seat at the 2016 election, his primary vote was dramatically slashed to just 51.6 per cent after he suffered a 9.2 per cent swing against him on first preferences.

His 25-year career in federal politics could come to an end if his primary vote falls below 50 per cent.

This would enable Ms Steggall, an independent, to potentially win his seat with preferences from Labor, the Greens and other independent candidates.

The 44-year-old world champion skier is campaigning on the issue of climate change, and is the third independent candidate to declare her hand.

She won a bronze medal at the 1998 Winter Olympics at Nagano in Japan and is now a barrister attempting the win the votes of disaffected Liberal Party voters, disenchanted with Mr Abbott’s conservative stance on global warming and gay marriage. 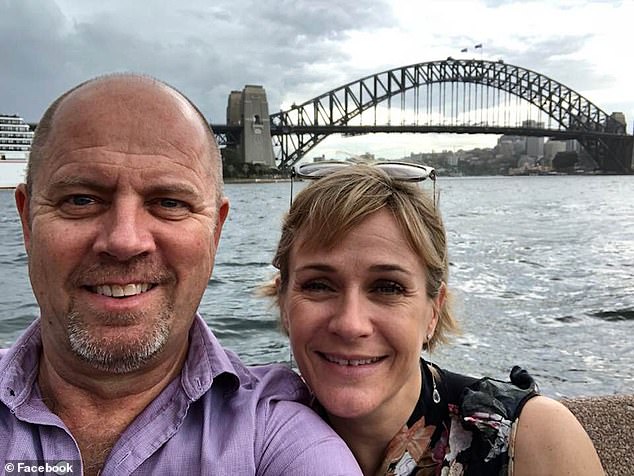 The 44-year-old world champion skier (pictured with husband Tim) is campaigning on the issue of climate change, and is the third independent candidate to declare her hand

‘Having talked to many people in the electorate over the past month, there is clear excitement for a fresh new voice for Warringah,’ she said.

In the July 2016 election, former Australian Idol host James Mathison polled 11.4 per cent of the vote as an independent.

He came fourth behind Labor and the Greens but his following ate into the Liberal Party’s primary vote.

Those circumstances have seen the Liberal Party amass war chests to spend in usually safe seats like Warringah, seeing it outlay more than than usual $50,000.