Tony Blair will renew his demand for a second referendum on Brexit today as Remain supporters step up their campaign to stop Britain quitting Europe.

Mr Blair claims the Prime Minister is refusing to spell out the details of how her Brexit plans will work until after ‘we are irreversibly out of Europe’.

Shadow Brexit Secretary Sir Keir Starmer will separately argue Labour’s plans will out Parliament in charge of how the UK leaves the EU.

In a speech today, Mr Blair will say: ‘People say that there will be disillusion if Brexit doesn’t happen.

‘Personally, I doubt this if it is the result of a fresh ‘say’ on the final deal.

‘But even if true, the bigger disillusion will be when those who voted for Brexit because they feared the future shaped by free market globalisation, realise they are now conscripts in an adventure to embrace it more fully.

‘This is the awesome responsibility which now rests with Parliament.’

Mr Blair will add: ‘As time goes on, it will become crystal clear that the Government’s original negotiating position was built on sand.

‘They will realise that they are in mortal danger of putting a proposition to Parliament which will not pass.

‘Either it will mean divergence from Europe in which case, the business community will protest the damage and MPs may take notice of that.

‘Or it will mean alignment with Europe in which case the diehard Brexiteers will cry foul and the British people will wonder why we are leaving.’ 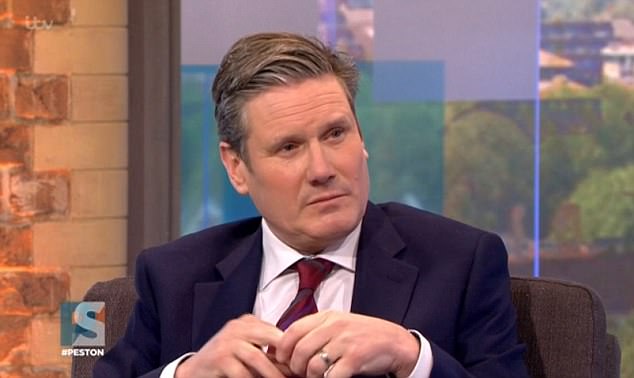 In a speech in Birmingham as the countdown to Brexit approaches the one-year mark, Sir Keir will say: ‘If Parliament rejects the Prime Minister’s deal that cannot give licence to her – or the extreme Brexiteers in her party – to allow the UK to crash out without an agreement. 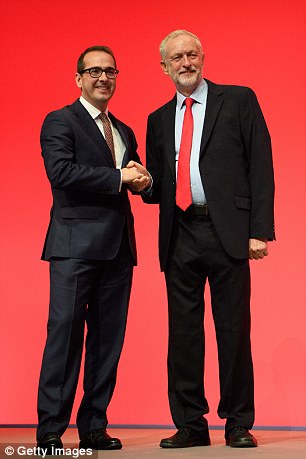 ‘That would be the worst of all possible worlds.

‘That is why in the coming days – and working with others in the Lords and the Commons – Labour will ensure that an amendment is tabled to the EU Withdrawal Bill to strengthen the terms of Parliament’s meaningful vote.’

Labour’s position on Brexit has come under scrutiny following Owen Smith’s dismissal from the shadow cabinet after calling for a second referendum.

The party has not definitively ruled out calling for a second public vote – although deputy leader Tom Watson said it was ‘highly unlikely’ that Labour would call for another referendum.

Sir Keir will say that Labour would not dictate what Parliament should instruct if the Government’s Brexit deal is rejected.

However, he will say: ‘Labour’s preference in that scenario is clear: the Government should go back to the negotiating table and work towards securing a deal that works for Britain.’