‘Kid, I’m going to hit you so f*****g hard… I’m going to slam you’: Tony Ferguson comes out firing at Beneil Dariush ahead of UFC 262 co-main event

Tony Ferguson came out all guns blazing in the pre-UFC 262 press conference, telling Beneil Dariush he ‘will hit him so f*****g hard’.

El Cucuy’s trademark intensity was back and fans in Houston in attendance responded to his fighting talk.

Ferguson is in desperate need of a win or risk sliding into irrelevance in the lightweight division having been well beaten by Justin Gaethje and Charles Oliveira in his last two fights. 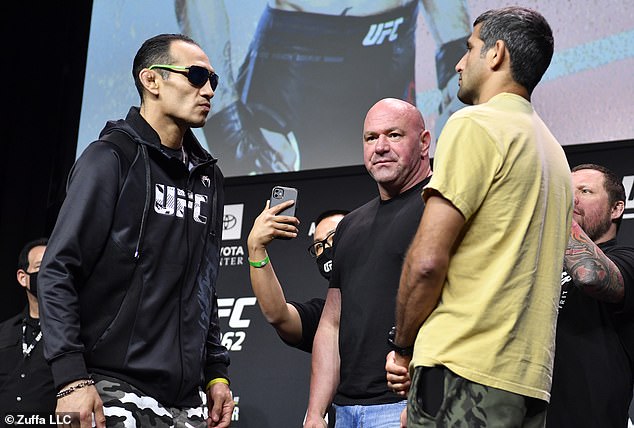 And the American seems extra motivated to show the best of himself against Dariush.

Dariush responded: ‘I love it Tony, I love it. I want to see every bit of it and I hope you show up like you say you will. I’ll be there for everything.

Dariush has earned his shot at a big name fighter with six wins in succession lifting him up to No 9 behind Ferguson at No 5.

The co-main event looks on paper to be one of the best fights on the card and both men are all-action competitors. 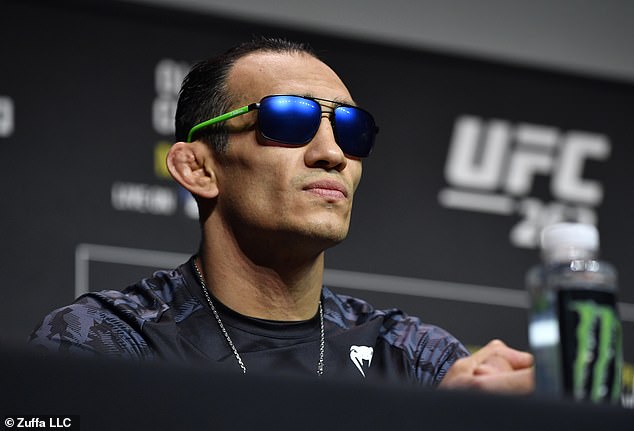 Dariush is known for his wild and flashy techniques on the feet and possesses a superb submission game.

Ferguson meanwhile, showed he is not an easy man to tap out in his clash with Oliveira when it looked as though he accepted his arm being broken rather than give up.

The winner will be possibly one more victory away from a title shot if the next one is given to either Conor McGregor or Dustin Poirier, as expected.