Tony Ferguson has shared a photo in hospital after he suffered a broken eye-socket in his shock defeat to Justin Gaethje at UFC 249.

Ferguson suffered his first defeat in eight years on Saturday night against Gaethje, in an event where he was originally scheduled to face unbeaten lightweight champion Khabib Nurmagomedov.

But after receiving a bruising from Gaethje in front of an empty arena in Jacksonville, Florida, the referee waved off the fight in the fifth-round and Ferguson was rushed to hospital, where he seemed in good sprits. 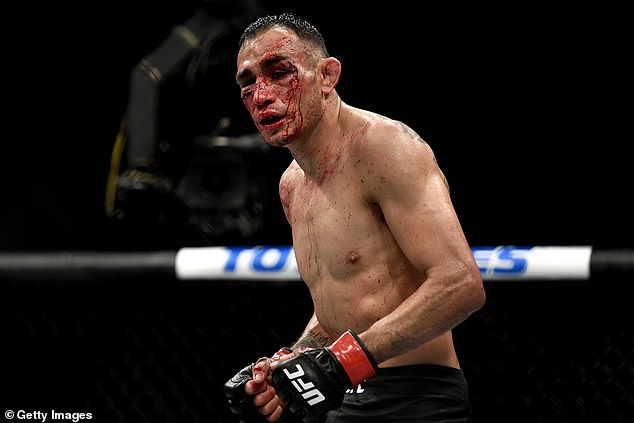 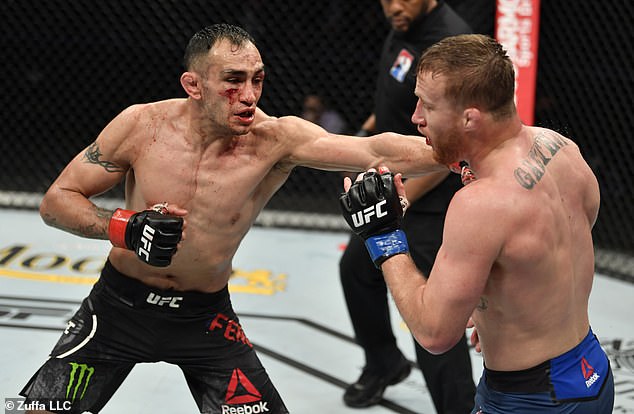 Despite the loss, the 36-year-old smiled for a selfie with wife Cristina to celebrate Mother’s Day in the US.

He captioned: ‘Love You Babygirl. Thanks For Taking Care Of Me #Happy Mother’s Day Toots.’

Ferguson also posted a video dancing in hospital, saying: ‘When You’re About To Get Discharged From The Hospital #LetMeOut.’ 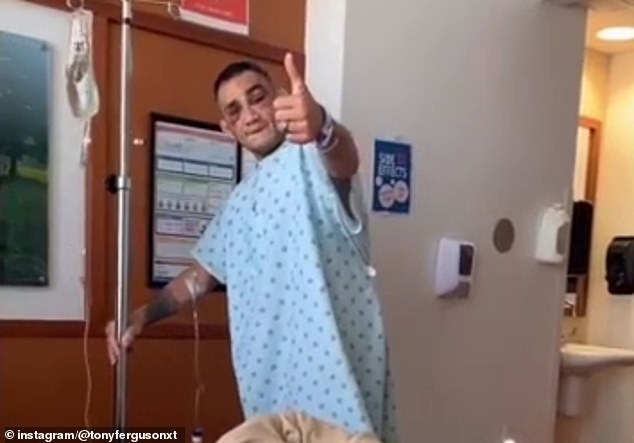 Gaethje delivered the performance of his career and dominated from start to finish, securing a fifth-round stoppage and thus a shot at the title against Khabib.

The unbeaten Russian congratulated the victor on Twitter afterwards, saying: ‘It was so impressive, congratulations. Very smart fight.’

Gaethje landed 143 significant strikes, 100 of those to the head, as he outfought Ferguson to win the interim lightweight crown. 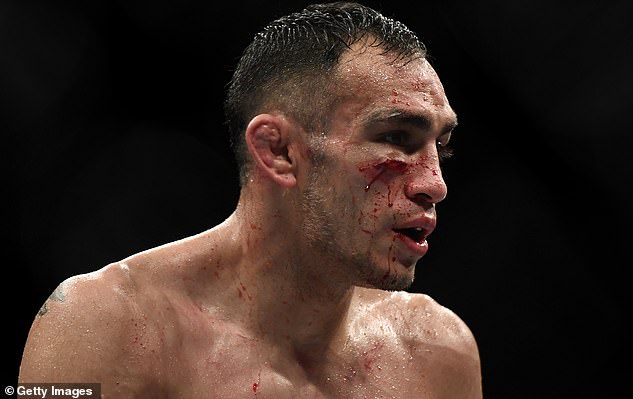 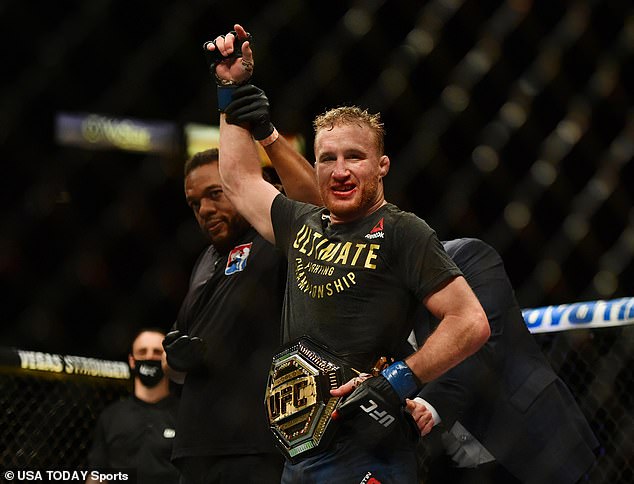 UFC president Dana White has confirmed that Ferguson sustained an orbital fracture in the process.

Ferguson himself was full of praise for Gaethje, though admitted the uncertainty surrounding his opponent at the behind closed doors event made preparation difficult. 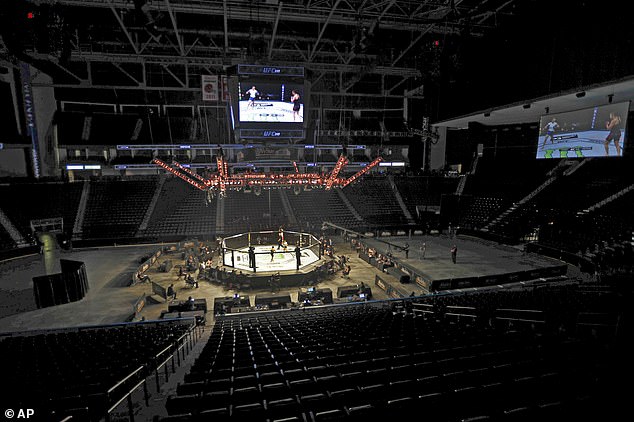 ‘I prepared for Khabib; not too much of a striker. But s**t happens, man. What can you do? I would’ve much rather got finished instead of having somebody step in.

‘Let’s go back and get it on, you now what I mean? The consolation round you have to win back.  Props to Justin, like I said, and his team; tough son of a b***h. Thank you for taking the fight.’

It was Ferguson’s first loss since 2012 and despite contesting the stoppage, his facial wounds were evidence of the beating he suffered in the main event, with White admitting: ‘I thought Tony Ferguson looked off tonight. He looked slow.’