D.S. writes: I am chairman of a small bowls social club. We have 18 members, of whom the youngest is 73. We have had an account with HSBC for more than 20 years, and in July last year our treasurer was asked to go through the bank’s ‘safeguarding’ review.

She made several attempts that failed for myriad reasons and HSBC threatened to close the account. This was delayed, and I completed three account mandate forms. Finally in December we were told the review was completed successfully.

But we then found we had a different type of account, and just ten days after telling us the review was over, HSBC closed our account.

Tony Hetherington replies: Two weeks ago I reported on how a small anglers’ association was driven to distraction for months by HSBC’s so-called Safeguard review, which made impossible demands for documents which never existed, such as gas or electricity bills in the name of the association.

The bank has always insisted that its aim is to combat the use of accounts for fraud and money laundering, but a simple glance at the amounts going through the accounts of small clubs and societies would show they are not likely to be run by the mafia.

Local organisations increasingly tell the same story. They are driven into a corner by questions about their business premises, Companies House records and their utility bills, when in fact they have none of these.

And even if they did have them, this would not of course prove that the account holders were honest and trustworthy.

Some groups have quit HSBC or been thrown out, like yours. Those that have been allowed to stay have found their previously free banking has disappeared, and they have been switched into what the bank refers to as a ‘charitable’ account.

These accounts charge a flat £5 per month even if you don’t make any transactions. If you do pay money in or take money out, the charges increase.

Your own situation became bizarre. First, you were told you could have an account, and then you were told the opposite. And HSBC sent you a cheque for the balance, but since HSBC itself had closed your account, you had no way to turn the cheque into cash.

When you protested, the bank said it would issue a new cheque made out to you personally, if all your club’s account signatories agreed. They did, and you sent their signed agreement to HSBC. However, weeks later, you had received no payment, so you contacted me.

HSBC has denied that you passed the Safeguard review. It says it granted a 30-day extension and then needed to ask more questions but was unable to get an answer when it telephoned you. The bank says it then sent you an online form with its questions but heard nothing back.

As for your request for a cheque made out to you, HSBC told me that it allowed itself 20 working days to ‘process’ this. However, by the time the bank told me this, more than 20 days had already passed. When I pointed this out, HSBC told me it had sent the cheque within the 20 days, even if you had not received it. In other words: ‘The cheque’s in the post.’

You have confirmed that you have now received the cheque, but you told me that this marks the end of a bruising eight-months saga which threatened to put your club out of existence.

It is hard not to think that HSBC wants to get rid of small accounts like yours, or, if it has to keep them, then to charge for what previously were free services to the community.

Is this really what comic actor Richard Ayoade of The IT Crowd thought he was promoting when he did those HSBC television commercials pronouncing: ‘We are part of something far, far bigger’? Probably not, but the current message is that this big bank is far, far less interested in small accounts.

A sign of the times: HMRC’s statements show no calculations, just demands

J.F. writes: A few months ago I received a tax demand for £1,258 from Revenue & Customs. I wrote to it, and it signed a slip to say my letter was received, but all that followed was a further demand, this time for £1,734.

I have now sent it four letters, all signed for by the Revenue, without getting a single reply. I questioned the amounts demanded and asked how the figures were reached.

Tony Hetherington replies: Although you have income from the UK, you live in Guernsey, which has its own tax system. This goes some way to explaining your problems, though in no way does it excuse the Revenue’s failure to reply to four letters while still expecting you to fork out for unexplained tax demands.

The explanation is that you are expected to be familiar with the Double Taxation Agreement between the UK and Guernsey. Your tax return asks you to tick a box if you believe the agreement lets you claim the income tax personal allowance as a nonresident.

You did not tick the box, which resulted in the tax demands.

Officials at the Revenue’s headquarters told me: ‘We have contacted Mr F to apologise for not responding sooner, and explained how this happened.’

By the time you read this, you will have received the corrected calculations, and any tax overpaid is being refunded. 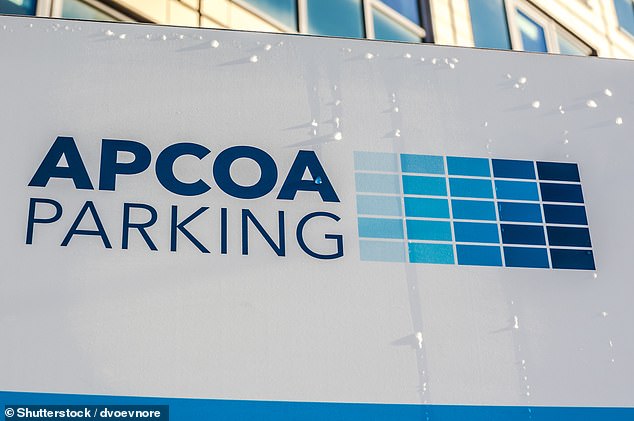 Fine: A.P. was charged £350, despite buying a ticket to park at Leeds railway station

A.P. writes: I drove to the car park at Leeds railway station and went to the pay and display machine.

It was covered in snow and I could barely see the prices. I paid £35 and hurriedly put the ticket on the dashboard before catching the 5.05am train to London.

When I returned the next day, a friend pointed out that my ticket showed I had been charged £350. I called the car park company Apcoa and was told to email it for a refund, which I did, but I have had no reply.

Tony Hetherington replies: I contacted Apcoa and was told it had a record of your online chat with one of its staff, but it had heard nothing from you since then.

However, you insisted that you had emailed, and you gave me copies of your email and a printout of the chat session.

This revealed the problem. You had made a mistake in the email address, so wherever your email ended up, it was not at the address Apcoa gave you in the chat session.

I wish all readers’ problems turned out to be this simple. After I pointed out the correct address, you emailed Apcoa again and you have just received a full refund.