Our mother-in-law lost her husband last February. He was a Whitbread employee of 20 years, and Mercer tried it on by saying she was not eligible for a pension. It was a real struggle.

We had to call countless times, and it did the same as you reported, asking her to pay it first.

My dad also worked for Whitbread and is keen not to see this repeated, as Mercer administers the Whitbread pension which would go to my mum if dad passes away first.

Tony Hetherington replies: Since I wrote in November that Mercer is a global giant in the pensions industry, administering the retirement schemes of household name companies such as Whitbread and Morrisons, complaints have flooded in.

It seems I was right when I described it as a Big Unfriendly Giant, even demanding wrongly that widows return a slice of the pension paid to their late husband before the widow can have her own pension.

Lots of readers have had similar problems. Melvyn told me: ‘When I retired in 2018, it took four to six months to start receiving my pension. I was lucky in that unlike some colleagues, I was not dependent on it.’

Pat wrote: ‘Thank you so much for the article about Mercer and pension payments. Just to let you know, this is nothing new for Mercer. Twelve years ago, I had to involve the Pensions Advisory Service to obtain payment.’

Stephen complained: ‘I retired seven years ago, and my state pension was reduced because of a pension due from Mercer. I found that when I left an employer who ran a contracted-out private scheme, Mercer had never returned payments to the state scheme.

‘It took me 13 months to get it to accept it was responsible for the shortfall in my state pension. It finally paid me £3,000.’

John says he was left permanently out of pocket: ‘I was informed that I and other pensioners had been overpaid for some time.

‘I was told in no uncertain terms that it was entitled to recoup the money in full. As a result of their incompetence, I now have a reduced pension.’

And Bill reports that he is still waiting for his pension: ‘I applied for my pension, administered by Mercer, on December 29, 2020 – now just over a year ago. I have still not received a penny, despite my efforts to obtain it. Take a look at the reviews online. It is a national scandal.’

Bill is not alone. Lynn told me: ‘You are so correct to refer to Mercer as the Big Unfriendly Giant. I have been trying to get my pension money since I retired in June.

‘Month after month after month goes by, and if I ring I am told it is still working on it, and that I will receive a letter shortly that says when my money will reach my bank account. I have lost faith in this company completely.’

Patricia wrote: ‘I am a Scottish Power pensioner, and I have been told that from January 17 our scheme will be administered by Mercer. I am concerned that we have not been balloted on this decision. I will try to contact our scheme trustees, but would be grateful if you could bring this change to the attention of others.’

I put every one of these complaints and concerns to Mercer. It refused to comment, even if complainants signed a legally binding authority.

The Big Unfriendly Giant told me: ‘As per our company procedure, we do not comment on individual client or member issues. We can confirm our team is reviewing each of the cases and will be contacting the individuals as a priority to ensure all matters are resolved.’

I doubt if there is a carpet at Mercer HQ that is big enough for it to brush every pensioner’s problems under. It is time they were dragged out into the light.

Your premium bond number really is up! 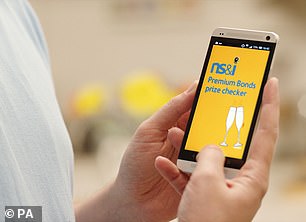 However, I have since received four emails from NS&I, congratulating me on winnings covering other months, yet when I use the online prize checker, it tells me I have not won. I have had no joy when trying to contact NS&I about this.

Tony Hetherington replies: I asked officials at the head office of NS&I to look into this and they quickly found the answer. You cashed in all your premium bonds in 2006, and held none until you invested again in 2020.

This meant you were given a new bondholder’s number – but when you used the online prize checker, you entered your original 2006 number.

If you go back online and enter your new number, you will find that you really have won prizes totalling £300.

And if you check your bank account, you will find that all these prizes are sitting there. 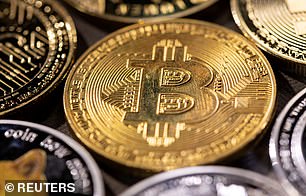 Frozen: Cryptocurrency exchange Coinbase has locked a reader out of their account

L.W. writes: I recently inherited some money. I decided to invest in cryptocurrency and was doing well until Coinbase froze my account for no apparent reason, under the guise of ‘fraud prevention’.

I have contacted the firm and been told to be patient and someone will ‘review my account’, but it has now been a few months and I feel completely fobbed off.

Tony Hetherington replies: A spokesman for Coinbase told me that it allows investors to open an account and deal in Bitcoin, Ethereum and other cryptocurrencies, and only later does it take up any queries.

I would have imagined that any necessary checks – particularly to reject potential money launderers – would have been carried out the moment an investor applied for an account, but apparently not.

The result, of course, is that an account can be frozen just when it is inconvenient or damaging for the customer, so I asked Coinbase whether customers should regard it as normal to be able to invest money instantly, deal instantly, yet face potential long delays in making withdrawals. It seems the answer is yes.

The spokesman offered his apologies, but explained: ‘As part of our robust compliance procedures, there are occasionally circumstances where we are required to temporarily freeze a customer’s account.’