TONY HETHERINGTON: Power of attorney from firm that doesn’t exists

C.C. writes: In 2019, my wife and I received a phone call, asking if we would take out a power of attorney, with part of our fees going to the local Butterwick Hospice. As we are over 80, we agreed.

Lee Matthew Frost, of Varsity Law Ltd in Durham, came to us with the forms, which we completed and signed for him to submit to the Office of the Public Guardian.

He collected them along with our cheque for £1,000, since when we have heard nothing. He has blamed the pandemic. The OPG says there is no record of him submitting anything.

Deserted: Varsity Law did not tell clients the firm had been dissolved

Tony Hetherington replies: Lee Frost is one of those dodgy characters who inhabits the fringes of the legal scene, offering to draft documents that do not need to be prepared by a qualified lawyer. Varsity Law advertised: ‘In today’s competitive  market, legal services have become confusing and only the best will do.’

Unfortunately, Varsity Law and its owner were far from the best, and closer to the worst.

You have told me that Frost has been putting you off throughout 2020 and 2021. What he has not told you is that Varsity Law no longer exists. Officials at Companies House began proceedings to strike it off as long ago as 2019, and it was compulsorily dissolved in February 2020. This was before lockdowns began, so everything Frost has told you since then has been false or an excuse.

Frost has used a variety of addresses for businesses, including his home at Ushaw Moor in County Durham. Varsity Law’s address was Portland House, a modern office building on the nearby Belmont Business Park.

He told clients: ‘We work closely with NHS Trust hospitals across the UK, as well as charities, financial institutions and more importantly, you.’

A slice of your £1,000 was supposed to go to Butterwick Hospice in Stockton-on-Tees, and the hospice has received some money in the past from businesses linked to Frost. However, after complaints in 2020 the hospice broke off relations with Frost completely.

Another slice of your £1,000 was fees to be paid to the Office of the Public Guardian, the Birmingham-based Government agency that polices the activities of attorneys and guardians in England and Wales. But, if the OPG received no paperwork from Frost, what happened to the £328 that Frost said were the OPG’s charges?

I asked Frost to comment on this, and on why he has been making feeble excuses for two years while clinging on to your cash. He offered no comment or explanation. Nor did he explain what had happened to other companies he ran.

The Later Life Planning Company North East failed to file accounts and was struck off. UK Bereavement, Osoh, and Adroit Law all went the same way.

Kingsley Drake Ltd, where Frost described himself as ‘director of legal services’, was shut down by the High Court.

And when I looked into the company records of Varsity Law, I found that Frost told Companies House that it was a dormant business, at least until 2018. He never filed proper accounts for it, even though it traded.

There is one legal area in which I can confirm that Frost is experienced, and that is the county court system. There are judgments against him for £1,972, £175, and a whopping £20,733.

His misconduct has cost you £1,000, and clearly he has no intention of repaying you. At the very least, this man should be disqualified from any and all directorships.

L.P. writes: Hotels.com promised us a refund for a hotel booking, but we have received nothing, even after many emails.

I have called many times, speaking to a different person each time.

It keeps saying it will return my calls, but no luck there either. 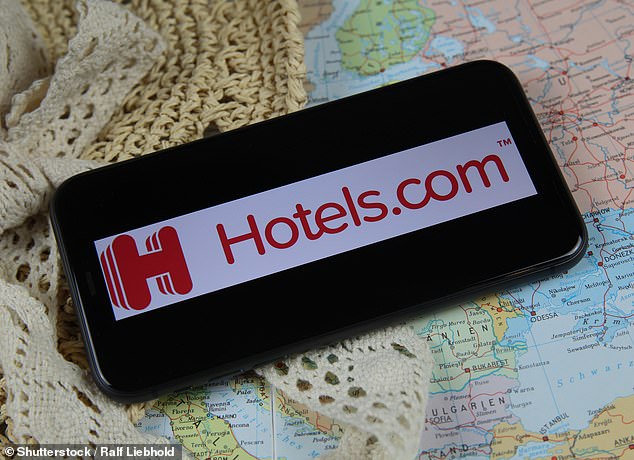 Cancelled trip: Hotels.com promised L.P. a refund for a booking, but nothing has been forthcoming

Tony Hetherington replies: You were supposed to go on a cruise starting from Barbados, but because of the pandemic the cruise company cancelled the trip, and flight restrictions meant you could not get to Barbados anyway. This left you with a pointless hotel booking.

Hotels.com agreed in writing to refund $1,007 (£775), but where was the money? Staff told me the refund was made in June last year, but your bank and credit card statements revealed nothing. Hotels.com then told me it had emailed you details, but you received no email either.

It turned out your wife had misspelt part of her email address ages ago as ‘intetnet’ instead of ‘internet’ and that Hotels.com had not spotted or corrected this.

The final, strange explanation turned out to be that you have a dormant bank account in the US. The refund had gone there and, as the account was inactive, the bank had sent a cheque to you at an address in the US. A final twist was that the refund came from something called ‘Cheaptix’, so was never connected to Hotels.com in anyone’s mind.

Hotels.com is unable to explain who or what Cheaptix is, or why its refund carried that name.

A scam company that marketed overpriced wine as an investment has been ordered into liquidation by the High Court. Global Wine Exchange Ltd tricked customers into buying cases of vintage wine by claiming that a deal had already been struck for it to be sold at a hefty profit within months.

I warned against the scheme two years ago, and reported that the bonded warehouse where one reader’s wine was supposedly held had revealed that it had nothing in store for him. I asked the company’s boss, Adrian Loftman of Woodford Green in Essex, to comment, and he admitted using ‘a vigorous technique to drum up sales’, cold calling hundreds of people each day. He blamed French suppliers for failing to deliver wine. He then offered the reader £1,650 if he blocked The Mail on Sunday from publishing his complaint.

And he threatened me: ‘If you do publish an article or warning about Global Wine Exchange, we will be challenging it legally and we are prepared to take action against yourself and your newspaper.’

I thanked Loftman for the tip-off and said that I would see him in court, but of course he took no action.

Now investigators from the Insolvency Service have found that between 2019 and 2021, Loftman’s business raked in almost £2million, but spent only £770,000 on wine for clients. At its peak, Global Wine Exchange banked over £1million in a short time, and paid out almost £600,000 to Loftman and his salesmen.

Despite this flood of cash, Loftman does not even pay his own bills. There are two current county court judgments against him. Why is he not banned from running any company in future?