R.B. writes: I read your report about stolen Nectar points and I am in the same boat.

I had points worth about £100 and intended putting them towards buying a TV, but suddenly found I did not even have enough points for a CD.

No links: The missing Nectar points were spent at Sainsbury’s in Beckton, East London

Tony Hetherington replies: Complaints about stolen Nectar points are streaming in. I asked Sainsbury’s – which owns Nectar – to look into what happened.

The supermarket giant told me it had investigated and agreed there was ‘suspicious activity’, so it had issued you with a new card and credited you with the missing points.

This is rubbish, but let’s go along with it and wonder whether Sainsbury’s would give you the thief’s details. Again, Sainsbury’s said no. It was up to you to convince the police to investigate a crime involving an unknown criminal, for which Sainsbury’s had compensated you.

Fat chance of that! All you could have told the police was that while you live in West Sussex, your Nectar points were spent at Sainsbury’s in Beckton, East London, where you have no links.

By refunding your points, Sainsbury’s had become the victim, so would Sainsbury’s itself contact the police?

It refused to say, though I am sure it would have cheerfully announced this if it had any intention at all of tracking down and prosecuting the thief.

It is easier to make victims fight for months to have their stolen points replaced, rather than take any real action.

After last Sunday’s report of how Sainsbury’s claimed it was ‘normal shopping’ when a pensioner complained her points had been stolen and spent on nappies and a toy train, other readers have added their tales.

What stands out is that lots of the thefts are at night, when Nectar cannot be contacted.

A cardholder in Brighton saw thousands of her points spent at night in Hertfordshire. A cardholder in Sunderland lost points that were spent in London.

And one commented: ‘It was as if someone had a duplicate card.’

And this may be the explanation. Not long ago I reported how a Mail on Sunday reader near Belfast found his points had been spent at Argos, a store he had never visited.

Remarkably, the police investigated and the store handed over the shopper’s details.

But when police interviewed the Argos shopper, he convinced them that the card and the points were his, and the case has been dropped.

So can two cards have the same account number? Or was the second card a clone, bought on the dark web? Perhaps Sainsbury’s can explain, though I doubt it. 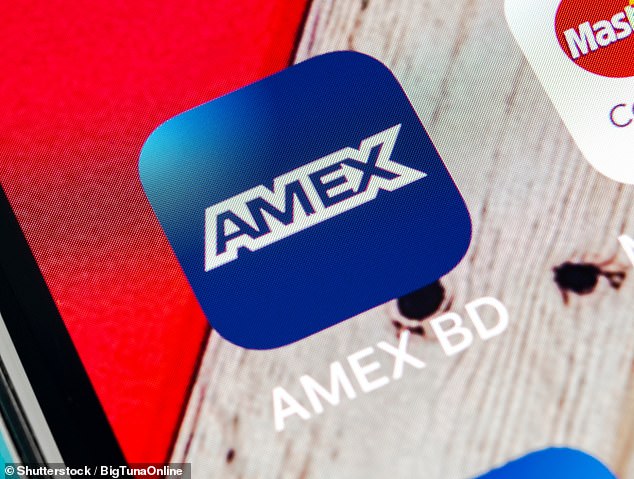 Impasse: L.G. asked Amex to refund the cost of cancelled flights to and from Gdansk

What is Amex hiding in flight refund?

L.G. writes: I booked to fly with Ryanair to and from Gdansk, but the flights were cancelled because of Covid.

After being offered a voucher which I did not want, and being unable to contact Ryanair because of the volume of enquiries it was receiving, I asked Amex to refund the fares back to my card.

Amex did this, but later reversed its decision, saying Ryanair had claimed I accepted the voucher instead of a refund.

Tony Hetherington replies: This left you with neither the refund, which you wanted, nor the voucher, which you had rejected.

You told me you tried to sue Ryanair in the county court but were told this was not possible because the court could not serve the necessary papers on a company based in the Republic of Ireland. You would have to do that yourself.

I asked Ryanair and Amex for their comments. Amex was a complete disappointment, waffling on about this being ‘a challenging time’, and how all refund claims were considered ‘carefully and fairly’, but refusing point blank to discuss your own claim even though you had authorised it to speak to me.

I wonder what Amex has to hide?

In total contrast, to my pleasant surprise, Ryanair gave you a full refund of £111 just four days after I made contact.

The Financial Conduct Authority has brought bankruptcy proceedings against three investment crooks who have failed to obey a court order to hand back a total of £3.62million to their victims.

Lee Skinner, Tyrone Miller and Clive Mongelard were behind Our Price Records, which marketed shares illegally, with false claims and with no authorisation from the FCA.

It won a court order against them in May last year but they have not handed over a single penny of their criminal proceeds. A fourth defendant, Karen Ferreira, has appealed against her bankruptcy order.

But bizarrely, Miller and Mongelard both have backgrounds in the financial sector and still appear on the FCA’s public register of advisers, with notes saying simply that they no longer need FCA approval, and that they have faced no FCA disciplinary or regulatory action.

Do the Treasury-appointed directors of the FCA not realise how ridiculous this makes them appear?

Six years ago, I wrote that, ‘Clive Harris Mongelard is a living, breathing example of what is wrong with investor protection in Britain, and what is needed to put things right.’

Mongelard was a salesman with three rip-off stockbroking firms that closed down after being caught selling high-risk shares to low-risk clients.

He then moved on to work for a scam land investment company that cheated 300 investors out of more than £14million. And six years ago he was cheating investors in so-called ‘rare earth metals’.

Despite all this, he has claimed to be one of the City’s most respected stockbrokers.

He has certainly made monkeys out of the FCA’s bosses, who condemn him as a lawbreaker in one breath, yet at the same time tell the public he has no disciplinary record.

I asked the FCA why it failed to prosecute Mongelard and his pals, but the watchdog refused to comment.