P.S. writes: Nest Pensions switched my pension savings out of the Sharia Fund I had chosen and into its own Post Retirement Fund, and then some days later switched me back again.

All this was done without my permission and if I had not looked at the relevant investment page online by mistake, I would never have been aware of it.

I lost money through this unauthorised switch and I notified Nest in July but it has been giving me the runaround.

Error: A system update resulted in Nest changing the investments of 90 savers

Tony Hetherington replies: The emails you sent me show that you tried to sort this out by phone and on Nest’s online chat service, but you got nowhere after being asked when you switched funds, while the whole point was that you made no switches at all.

So, on July 10 you put your complaint and your questions to Nest by email and were told that, ‘This issue should be resolved within seven working days.’

It was not resolved, of course, but the flow of emails continued, with assurances that an ‘incident team’ was actively investigating, while at the same time you were faced with ridiculous questions including a request that you should tell Nest when the fund switches took place, despite the fact that it was Nest itself that made the switches.

By the time you contacted me, we were into September and you had still received no explanation from Nest, which is a public body set up by the Government more than a decade ago to provide workplace pension schemes after employers had become legally obliged to make most employees save for retirement.

Nest’s near-silence made you wonder whether there was some kind of systems problem, and that your own unauthorised fund changes were not an isolated error. And you were right. My own enquiries with Nest brought to light 90 pension savers who had been hit with similar changes to their investments.

The explanation is that when Nest savers approach their expected retirement date, they are prompted to review their plans.

If they make no changes, then Nest itself switches them into a fund it runs, which should be more safe and stable.

This happens every June, but this year an update to Nest’s computer systems went wrong and members were switched out of their chosen investments even if they had tried to say they were happy as they were.

Nest soon realised things had gone badly wrong, so it moved all 90 savers back into their original investment funds.

However, the original error was followed by a second one. Nest has told me it wrote to affected members in July, but it admits that for no clear reason, you were never notified.

Out of the 90 Nest savers hit by the systems error, 31 actually gained from the replacement investment while 59 – including you – lost money. The 31 will be allowed to keep their gains, and Nest will top up the 59 losing accounts to put them back as they should be. Your own losses were £149, and a credit for this should now be shown in your account.

Robin Lewis, head of service delivery at Nest, said: ‘We have spoken with Mr S to explain what has happened and express our sincere apologies for the level of service he has received.’ The systems error is being corrected, and sensibly Nest will give it a dry run before letting it loose on savers’ real funds.

Vodafone debt is not mine

Mrs G.W. writes: I have received a letter from Vodafone and its debt collectors, claiming I owe £214.

However, I have never had dealings with Vodafone, nor have I received any previous correspondence from the company. I called the debt collectors, who were unhelpful.

I then called Vodafone and was told the account looked fraudulent and someone would call me back, but this never happened. 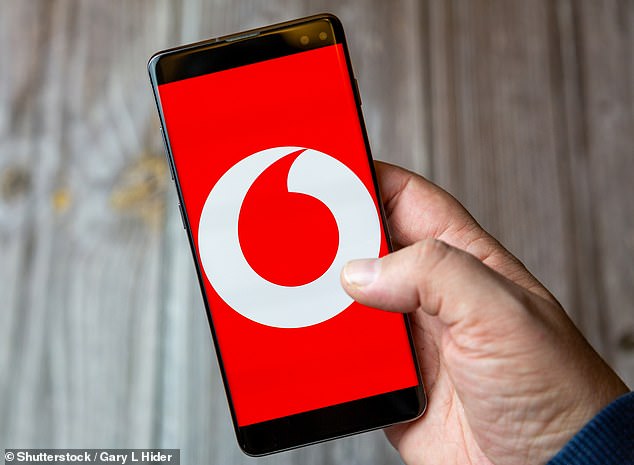 Wrong number: Mrs G.W. has never had dealings with Vodafone

Tony Hetherington replies: You told me you made one final attempt to call Vodafone, but you hit a brick wall when you could not answer its security questions. But how could you, when the account is not yours?

With Vodafone and its debt collectors raising the stakes by slapping a further £27 in costs on to the bill, and listing you with credit agencies as a debtor, I made one simple request: could I have a copy of your Vodafone contract, please?

Three days later, Vodafone told me it had cancelled the demand and cleaned up your credit file.

It explained: ‘The account was taken out fraudulently by someone who had Mrs W’s personal details’.

It is just a shame that Vodafone did not handle this better when you alerted it to the problem.

WE’RE WATCHING YOU: Firm fined £50,000 over its illegal cold calls on pensions 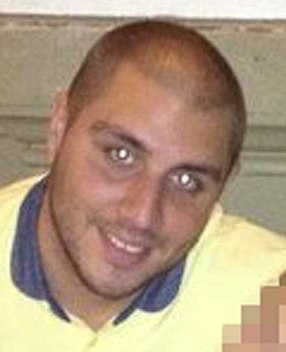 A company that made illegal sales calls to people about their pension savings has been fined £50,000 by the Information Commissioner’s Office for breaching a ban which came into force in 2019.

Parkin Beacher Limited, which also calls itself Your Pension Options, made cold calls offering to review pension plans by arranging an introduction to an adviser.

Andy Curry, head of investigations at the ICO, said: ‘Cold calls are a common way of attempting to defraud people out of their pensions, and we will take tough action where we find companies carrying out this kind of marketing.’

The Halifax-based company is run by Ashley Parkin-Beacher, and last April I warned that another of his companies, Your Options Limited, was claiming to be run by experts specialising in financial services.

In fact, they were salesmen marketing the high risk Choices Bond which promised to pay 7 per cent interest, while failing to spell out possible losses. Parkin-Beacher reassured investors, saying: ‘Northern Provident Investments will oversee any investments throughout their duration.’

But by August, NPI itself was on the brink of collapse, and on September 4 it fell into liquidation. Last May, a month after The Mail on Sunday’s warning, the Financial Conduct Authority added Your Options to its own warning list of unauthorised financial businesses.