The Abbott government has clawed back support in the polls following the announcement of its second Budget.

On a two-party preferred basis, the chances of the Coalition taking out the election has risen by five percentage points compared to three months ago, according to a new Galaxy poll commissioned by The Daily Telegraph.

In February, the Coalition was trailing Labor 43 per cent to 57 per cent.

But the Federal Government’s chances of being re-elected have improved after it handed down a budget benefiting small businesses and young families.

The new poll sees the Coalition’s popularity jumping to 48 per cent, while Labor’s slipped to 52.

The 1,600 people surveyed also indicated they would be more likely to vote for the Coalition now than they would have three months ago, with its voter intention jumping from 36 per cent to 41 per cent.

While Labor’s voter intention dropped from 43 per cent to 39 per cent. 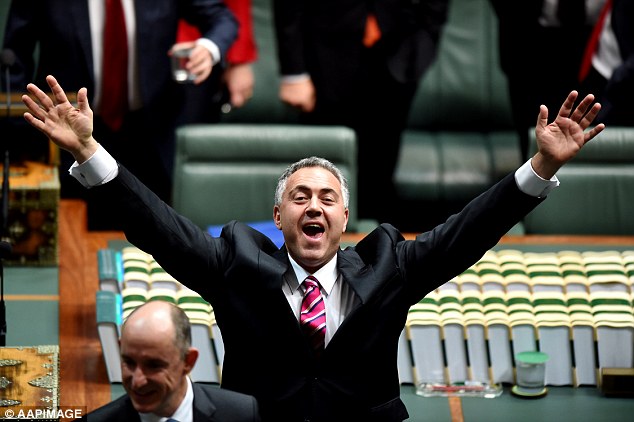 Treasurer Joe Hockey (pictured) handed down his Budget on Tuesday, with big wins for small businesses and young families 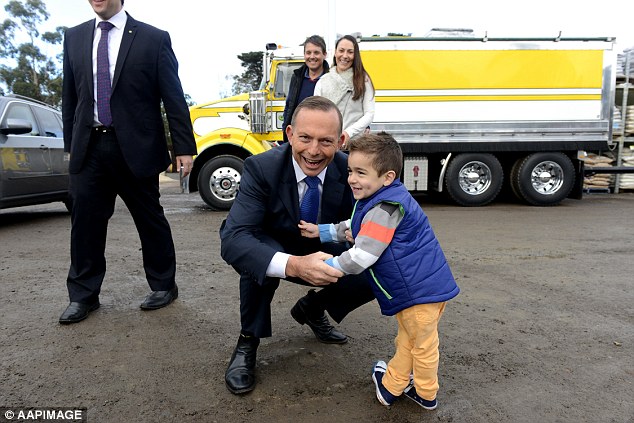 Mr Abbott is doing the rounds in Ringwood, Melbourne today, following the release of the favourable Galaxy poll

On Tuesday, Joe Hockey announced a $5.5 billion jobs and small businesses package to aid growth in the economy and employment as part of his Budget.

There was an immediate tax deduction for items valued up to $20,000 and businesses with an annual turnover of less than $2 million will get a tax cut from 30 per cent to 28.5 per cent.

The other big winners of the budget were parents who had hefty childcare bills.

More than $10 billion a year will be spent to help mothers and fathers pay their childcare fees once new subsidies start. 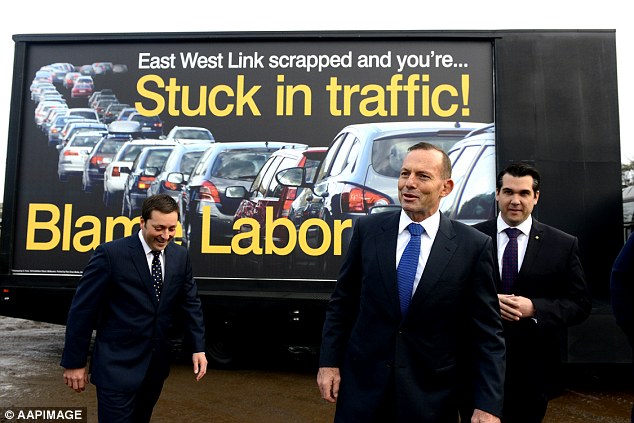 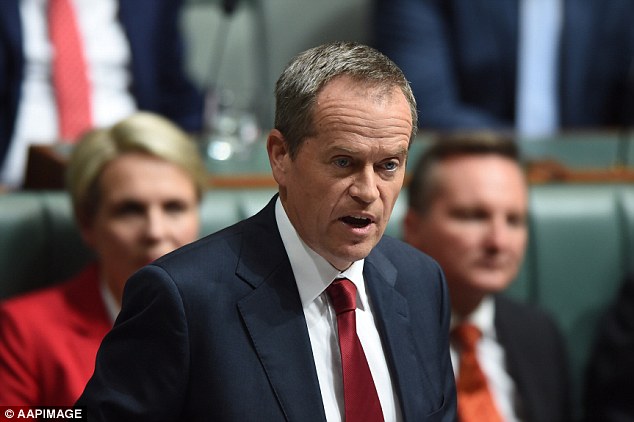 The new poll sees the Coalition’s popularity jumping to 48 per cent, while Labor’s slipped to 52. Pictured above is Opposition Leader Bill Shorten

The federal government will spend an extra $3.2 billion on childcare subsidies over the next four years. This is on top of the $7 billion a year – and rising – existing price tag for subsidising fees.

Coupled with this lifeline for childcare, Mr Hockey also put an end to ‘double dipping’ for parents who benefit from the paid parental leave scheme to prevent them from receiving payments from both the government and their employer.

In a bid to save $968 million over the next four years, from July 2016 the government will restrict access to the scheme.