The co-founder of make-up company Too Faced Cosmetics has fired his sister over transphobic comments she allegedly made about YouTube creator Nikkie de Jager who came out as transgender this week.

On Monday de Jager, a beauty YouTube star known online as Nikkie Tutorials, came out as transgender in an emotional video, revealing she received blackmailing threats about her identity.

Shortly after that clip was posted online, Too Faced co-founder Jerrod Blandino’s sister, who goes by Dani California on Instagram under the @makupprincess handle, updated her bio to say: ‘Transgender, huh? That’s not the only thing she’s been LYING about.’

The remark sparked outrage on social media, with many calling for a boycott of Too Faced Cosmetics for the incendiary comment. 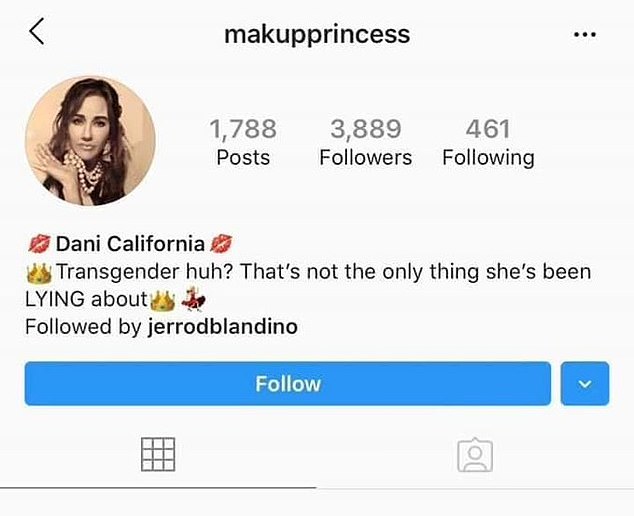 After Nikkie Tutorials uploaded her video coming out as trans, Blandino’s sister, who goes by Dani California on Instagram under the @makupprincess handle, updated her bio to say: ‘Transgender, huh? That’s not the only thing she’s been LYING about’ 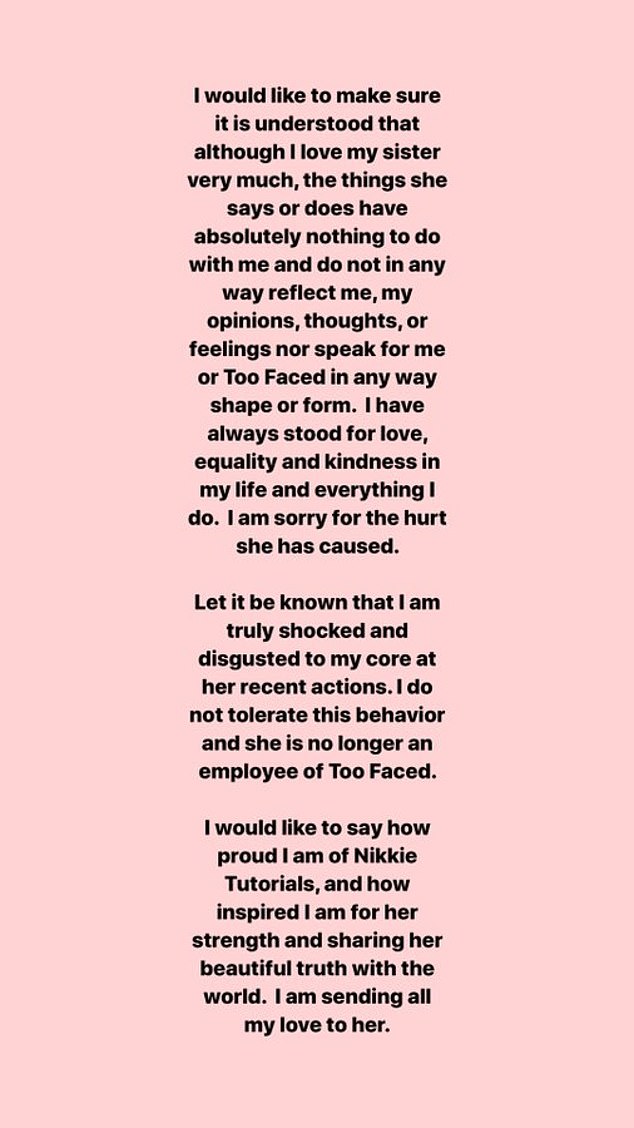 On Tuesday Blandino, 49, responded with a statement, condemning his sister’s words.

‘I would like to make sure it is understood that although I love my sister very much, the things she says or does have absolutely nothing to do with me and do not in any way reflect me, my opinions, thoughts, or feelings nor speak for me or Too Faced in any way shape or form,’ he said.

‘I have always stood for love, equality, and kindness in my life and everything I do. I am sorry for the hurt she has caused. Let it be known that I am truly shocked and disgusted to my core at her recent actions,’ the statement added.

Blandino did not specify when his sister was terminated nor what role she held before she was fired.

‘I do not tolerate this behavior, and she is no longer an employee of Too Faced. I would like to say how proud I am of Nikkie Tutorials, and how inspired I am for her strength and sharing her beautiful truth with the world. I am sending all my love to her,’ he added. 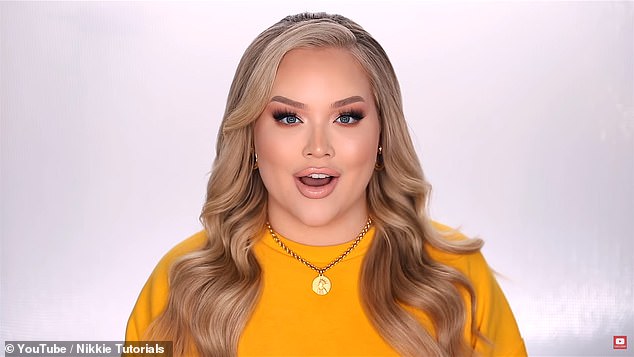 On Monday Nikkie de Jager, a beauty YouTube star known online as Nikkie Tutorials, came out as transgender in an emotional video

Since then Dani California has changed her Instagram bio to read: ‘Lets be clear, I love trans people & dislike anyone who lies to hurt others! Period!’

As of Wednesday evening her bio said: ‘Well God bless your sweet hearts.’

‘I’ve always wanted to share with you but under my own circumstances,’ de Jager said at the beginning of the 17-minute video, adding: ‘and it looks like that chance has been taken away from me. So today, I am taking back my own and I have to tell you something.’

De Jager goes on to state when she was younger she was ‘born in the wrong body’. 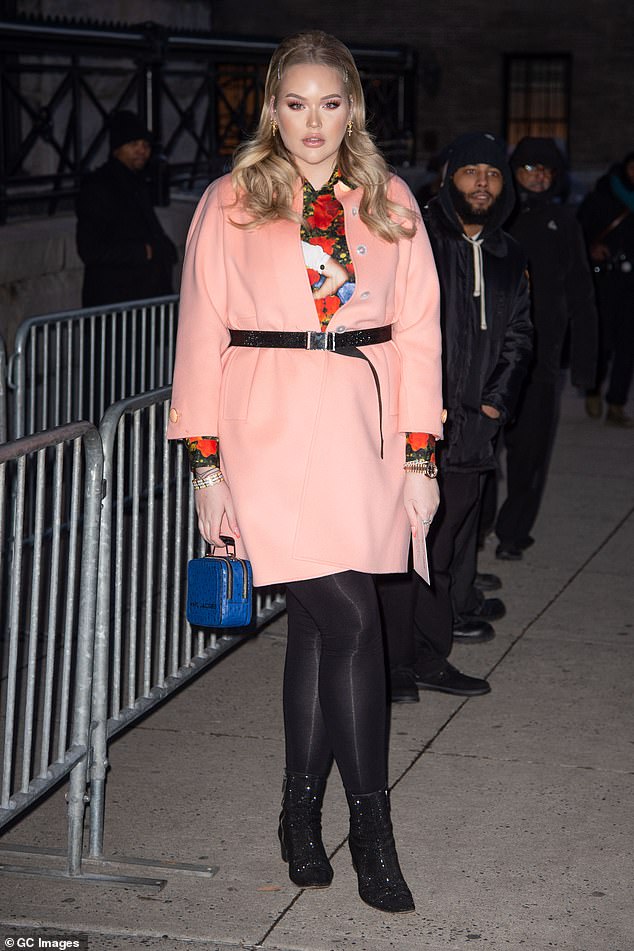 ‘At the end of the day, my story is beautiful. I’m proud of my story. No more holding back. No more secrets,’ Nikkie Tutorials said on her video 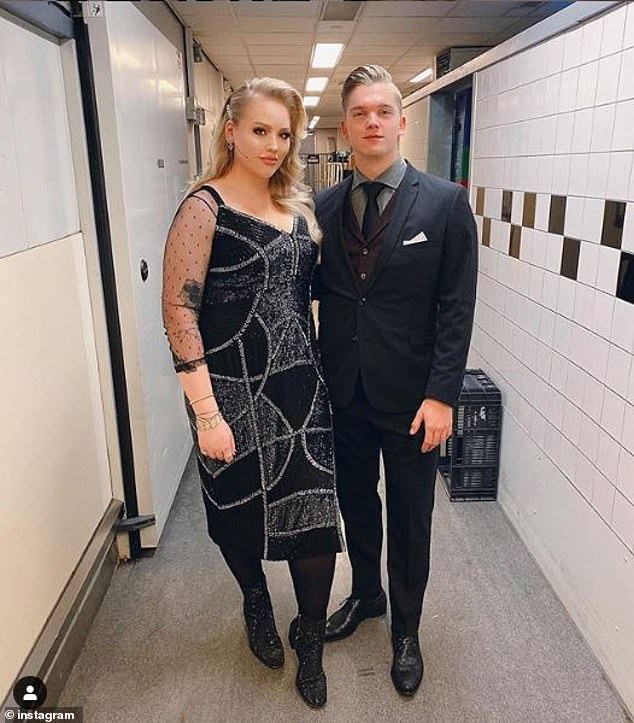 De Jager is engaged to a man named Dylan, and she said he is aware she’s trans

‘I am transgender,’ she emotionally said to the camera. ‘Filming this video is scary, but its so liberating and freeing…I’m NikkieTutorials, and I am Nikkie. I am me. We don’t need labels.’

In 2015, de Jager first gained viral recognition when her YouTube video The Power of Makeup gained attention across YouTube, launching her into the influencer sphere.

And she said she always intended to one day open up to her followers about her gender identity but could never quite figure out exactly how to do that. Making the video right now, though, was not her intention until she was forced into it by others.

‘At the end of the day, my story is beautiful. I’m proud of my story. No more holding back. No more secrets,’ she added.