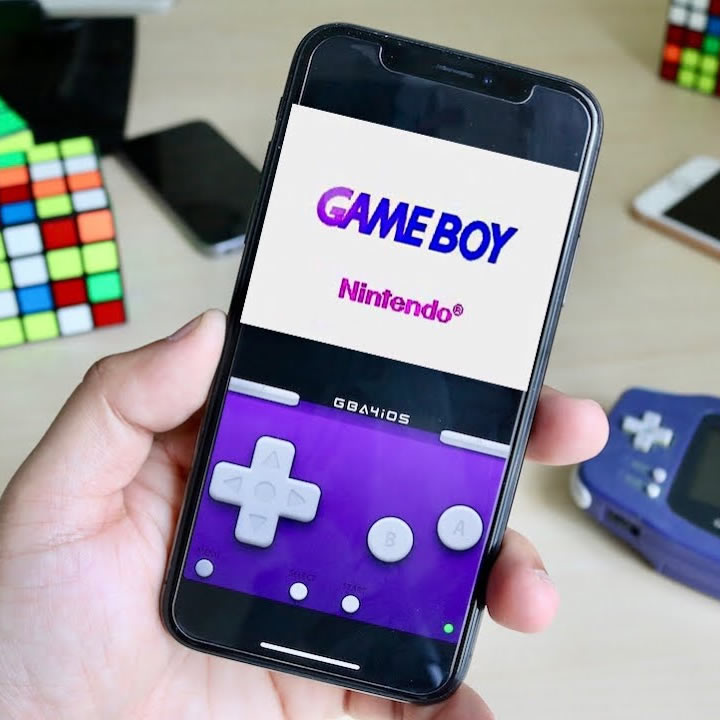 Gaming is one of the most popular pastimes on mobile devices these days, not surprising when you think how much the iPad and iPhone architecture have improved over the years. There are some cool games about now but what many people miss are the retro games that they used to play on their games consoles, many years back.

There is a way to play these games on iOS devices and that’s by using an emulator. However, Apple doesn’t support these and, if you do find any in the app store, they won’t work quite as you expect them to. Some game console makers, such as Nintendo, have released iOS ports of a few popular games but they are not the same as the original console games and they just don’t give the same experience.

Back when jailbreaking was more popular, when Cydia was in constant supply for virtually all devices, we could download full game emulators. These effectively turned out devices into handheld gaming consoles, giving us back all our old favorites, such a Donkey Kong, Mario Bros, Tetris, Metal Gear Solid, and many more, but jailbreaks are few and far between right now. However, thanks to some cool developers, we now have a series of fully working game emulators that we can use without having to jailbreak first. All of these are free to use and 100% safe too.

Why You Should Use Game Emulators

Emulators are clever pieces of software, tiny apps that are powerful enough to make your iPhone or iPad think it’s a game console. They emulate the hardware or software of a specific console (although some emulators emulate multiple consoles) and give you the option of using your device for a completely different purpose. The only downside is, there are no physical controllers; the controls are all on the screen. Some emulators do support external controllers but, to be fair, once you get used to the on-screen controls, they are pretty simple to use.

Using an iOS emulator gives you these advantages:

There are plenty of iOS emulators to choose from, so we decided to find the best ones for you. None of these require you to jailbreak your device and they all work perfectly well:

GBA4iOS has the honor of being the first proper GBA Emulator and it came to us from Riley Testut, one of the most respected developers. Thanks to an iOS loophole, you didn’t need to jailbreak to use this emulator as it was available from the official app store. However, Apple did eventually patch the loophole and removed the app from the store. That didn’t stop Testut and he soon tweaked the app so it could be installed outside of the store. It is supported on iOS 9 or lower and offers console gaming capabilities for some Nintendo consoles, especially the Gameboy range of handhelds. It has some games pre-installed but it’s easy enough to add your own ROMs. It has support for multiplayer gaming, offers cloud server hosting, fast downloads, one-click play and you can even customize the game controls and game maps to your requirements.

The follow-on from GBA4iOS, Delta emulator is another from Testut, this time for iOS 10 or above. It has support for more Nintendo consoles, including SNES, NES, N64, NDS, GBA, GB, and GBC. In terms of features, it is much the same as GBA4iOS, but also offers support for split-screen on the iPad, has its own browser and cloud syncing.

HappyChick offers emulation for more than 18 consoles in one app, including Nintendo consoles, PPSSPP, PS1, and lots more. There are lots of games already built-in and you can easily add your own ROMs; you aren’t limited to retro gaming with this emulator as it also supports lots of the newer games too. It has been updated with iOS 13 support and works on most iOS devices. However, if you have more RAM, at least 2 GB, you will get a much better gaming experience and can play a wider range of games.   Multiplayer gaming is supported, LAN support allows you to play some multiplayer games offline, you also get cloud server hosting, fast downloads, one-click play, and much more besides. And there are lots of in-app customizations you can play about with too.

GearBoy offers you one of the best Nintendo gaming experiences, supporting most Nintendo console games, including the Gameboy range. It is one of the most accurate emulators and even supports Mix Frames so you get the familiar ghosting you got with the Gameboy games. It also has support for LCD controller emulation, compressed ROMs and it is supported on iOS 12 to iOS 13. You can download this emulator from AppCake appstore.

PPSSPP stands for PlayStation Portable Simulator Suitable for Playing Portably and that is exactly what it does – it allows you to play your favorite PSP games on your iPhone or iPad. It works on all devices, whether they are jailbroken or not, and is packed with features. You can customize the on-screen controls, add an external controller, restore your games on any device with the emulator, even transfer saved games from your actual PSP console, and much more. Simple download your ROMs, click, and play.

GC4iOS is the only emulator on the market that supports Wii and GameCube gaming. However, there are no preinstalled games; the emulator is a storage place for you to add your own ROMs but you can easily find and install these into the emulator yourself. It supports all devices including those on iOS 13.

Another multi-platform emulator, Provenance supports the Nintendo consoles, including the Gameboy, GBA and GBC, PPSSPP, PS1, and many more. Simply find any game for a supported console, load it into the emulator, and play. There are some games built-in but it’s easy enough to add your own. Features include support for iOS 10 upwards, gameplay recording,  sharing using Wi-Fi or Bluetooth, multiplayer gaming, in-app customizations, and much more.

NDS4iOS is a Nintendo NDS emulator, offering game support for Nintendo DS games. There aren’t many preinstalled games but loading external ROMs is pretty easy. There are loads of cool features, such as speedy downloads, cloud syncing, multiplayer gaming, Dropbox syncing, in-app customizations, and many more. It is an easy emulator to use and provides you with the nearest console experience you will get.

iNDS is, as the name implies, another emulator for Nintendo consoles. It has some preinstalled games but, like all the others, it is very easy to download ROMs from the internet and add them to the emulator. There are no limits on how many you can add, so it’s easy to build your game collection up. It works on iOS 13, offers lots of in-app customizations, support for Dropbox syncing, easy recovery of games, a browser, search facility, auto-save, and lots more.

Lastly, we have an emulator some of you will remember as SIOS. Lucas Mendes Menge is the developer responsible for launching what was originally a Super Nintendo platform that is now purely for SNES games. It is one of the very best emulator apps and offers full-screen gaming support, great performance, support for ZIP and SMC ROM files, the ability to add an external controller, support for iOS 13, and much more.

Well, if you are looking for a game emulator, be it for one specific console or multiple console games, there should be something in that list to tempt you. There are loads more to choose from but we think these offer you the best all-round gaming experience, with support for all the popular consoles and console games.  Some will only let you play the older games, while others offer you the chance of playing some of the newer games too, but that will depend on your device – memory, processor, RAM, etc.

The multiplatform emulators offer the best experience, especially if you have favorite games from different consoles. All you do is find your game, click it and play it, without having to keep swapping emulators. As far as the ROMs go, if the emulator doesn’t have games built-in, you can simply head to the internet, download your ROM (from a reputable site) and load it into the emulator for free.

Give these a try; bring your old favorite console games on to your iPad or iPhone for a truly mobile gaming experience.