A former aide to New York City Mayor Bill de Blasio was fired after she was arrested for being found with a loaded gun near the scene of a shooting.

The mayor’s office stated that Reagan Stevens, 42, was fired from her role as a deputy director for the Mayor’s Office of Criminal Justice back in July, reported the New York Post.

Police found Stevens sitting in the back of a double-parked SUV in Jamaica, Queens, on April 7 around 10.25pm near where an NYPD ‘ShotSpotter’ device had detected five gunshots.

New York City Mayor Bill de Blasio aide Reagan Stevens, 42 (pictured), was fired from her role back in July after she was arrested for being found with a loaded gun in April 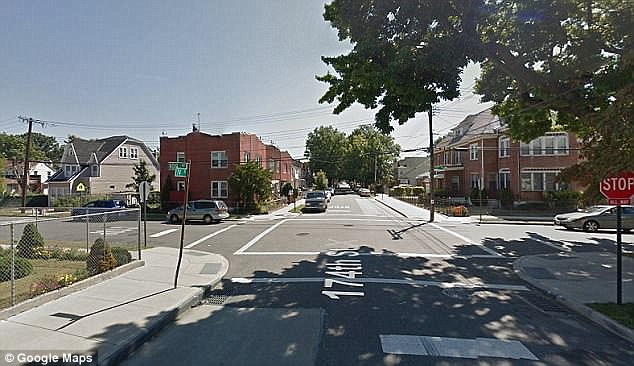 Police found her in the backseat of a car with two other men in the front in Jamaica, Queens, near the scene of a shooting (pictured). Officers found a nine-mm gun, with the serial number scratched off and loaded with two rounds of ammunition in the glove compartment

Police said they smell marijuana coming from the 2002 Infiniti and saw Stevens sitting in the backseat with two other men in the front.

Officers found a nine-mm gun, with the serial number scratched off and loaded with two rounds of ammunition, in the glove compartment. A shell casing was also found on the floor.

A gravity knife was found in the waistband of driver Caesar Forbes, 25, according to a criminal complaint.

Montel Hughes, 24, who was sitting in the passenger seat, was also found with a gravity knife as well as five Ziploc bags of marijuana.

In the trunk, police recovered a paintball gun and carbon dioxide cartridges.

All three were arrested and charged with two counts of weapon possession.

Forbes has no criminal record while Hughes has nine prior arrests with charges including robbery, weapons, trespassing and harassment.

Stevens was arrested in 2015 on suspicion of driving illegally, but the record on that charge has been sealed.

At the time of the arrest, the Office of Criminal Justice told the New York Daily News that Stevens was suspended without pay from her job.

‘We take these allegations very seriously,’ the statement read.

Stevens’s mother, Deborah Stevens Modica, has served as a judge on the bench of the Queens Criminal Court for more than 20 years while her stepfather, Salvatore Modica, is an acting Queens Supreme Court justice.

The 42-year-old was the deputy director of youth and strategic initiatives at the Mayor’s Office of Criminal Justice. 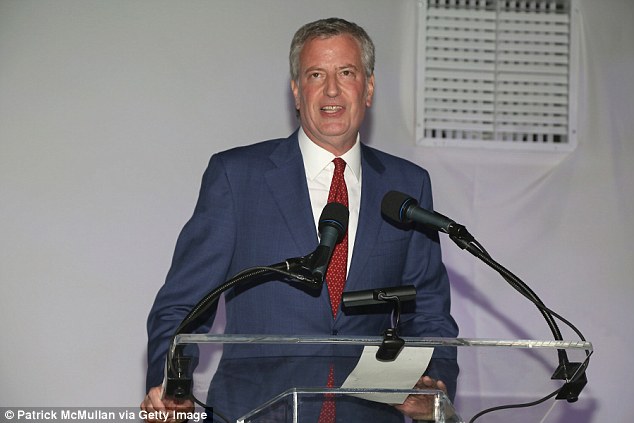 She primarily worked on implementing a 2007 law that raises the age at which teens can be charged as adults for non-violent crimes from 16 to 18.

City records indicated that her annual salary for her former job was approximately $90,000.

Prior to her job at the Mayor’s Office, Stevens the deputy director of the Action Plan of the Task Force on Behavioral Health and the Criminal Justice System, according to the Daily News.

She also previously worked for the Brooklyn District Attorney’s Office.