Top clubs in talks over a radical revamp of the SFA

Scotland’s top clubs are in talks over a secret document proposing a radical revamp of the SFA by season 2020/21.

Sportsmail can reveal that the plans include streamlining or even sidelining the national body, with the patience of some clubs exhausted following a period of turmoil that culminated in the departure of chief executive Stewart Regan.

‘We are standing at the crossroads for Scottish football,’ one club chairman said.

He believes the SFA could be swallowed up by a new Scottish football body and added: ‘Decisions must be made in the short term for medium and long-term benefit.

‘The SFA can regain some control by the appointment of a very strong, outstanding chief executive but the more likely scenario is that it loses its power to the clubs.’ Sportsmail has seen the document and can reveal that one scenario being contemplated is to allow the SFA to control the international squad, minor football and administration.

Clubs would take over matters of governance, promotion and sponsorship.

Those seeking change want a revamped Scottish body in place before a new television deal is negotiated.

One executive revealed: ‘The eyes are on the 2020/21 season.$B!G(B The proposals have been put in a discussion paper and have been the subject of informal talks among leading figures who are seeking change after becoming dismayed by a series of crises.

‘Many of these were prompted by the SFA (or) actually caused by them,’ said one chairman speaking under the condition of anonymity.

Clubs have been irritated in varying degrees by Project Brave, the summer tour of South America and the failed search for a new head coach for the national team, with Michael O’Neill’s refusal seeming to leave the SFA with no Plan B until Alex McLeish was appointed last week. 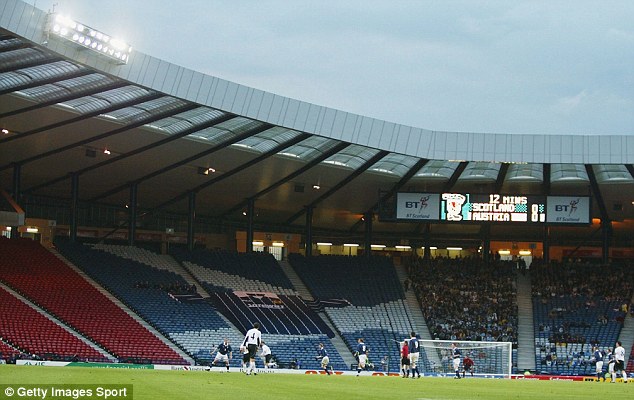 The plans include streamlining or even sidelining the national body

However, the dissatisfaction runs deeper and has longer-standing roots.

Peter Lawwell, chief executive of Celtic, talked of ‘significant’ problems at the SFA in a recent interview with the BBC.

Rangers are believed to hold the view that the SFA needs to be streamlined at least.

However, the move for change stretches beyond Glasgow.

Stewart Milne, in a recent interview with Sportsmail, stressed the need to bring substantial additional monies into Scottish football, saying that the alternative would be a widening of the gulf between the Scottish game and the Championship in England.

Roy MacGregor, chairman of Ross County, also said earlier this month that the SFA and SPFL should merge.

There is also a general consensus against the SPFL and the SFA having separate marketing departments when one such body might be more efficient in terms of maximising income.

The main points of debate between the top clubs fall broadly into two options.

The first is to revamp both the SPFL and the SFA. The second is to scrap both authorities with one body formed, with independent aid and advice, to run the professional game.