A top doctor has issued an encouraging message to Australians that the Omicron outbreak currently wreaking havoc across the country could be over in two weeks.

The new and highly-infectious strain was first detected in November in South Africa and has since run rampant across the world.

Australia has entered an unprecedented stage of the pandemic prompting major changes to Covid rules and testing chaos as thousands are infected.

‘You look at England and South Africa it reaches a peak and goes up quickly and comes down. I think that we have a week or two to go,’ he said.

Prof Collignon said people gathering during the period between Christmas and the New Year had triggered infection levels that would ease in January.

‘I think it will go down. That takes 5-10 days. I would be optimistic it will come down,’  he said – adding the virus would plateau before kicking up again in winter.

‘That is when this virus spreads more rapidly as is happening in the Northern Hemisphere. Provided that your vaccinated it is not the end of the world.

‘Most people will have very mild infections and get better after a day or two and have better long-lasting immunity than a booster.’

The professor said the ‘real issue’ lay with unvaccinated Australians who were disproportionately in hospital and entering intensive care units with the virus.

‘The figures I have seen from ICU from a week or so ago, it is mainly Delta putting people into hospital and people who are unvaccinated,’ he said. 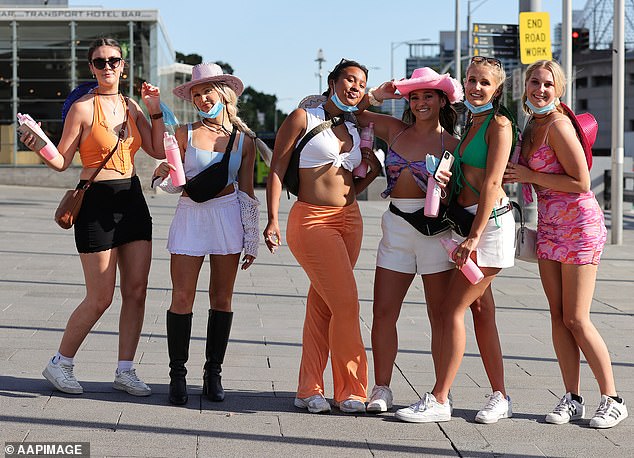 The professor said the ‘real issue’ lay with unvaccinated people who were disproportionately in hospital and entering intensive care units with the virus (pictured, women on New Year’s Eve) 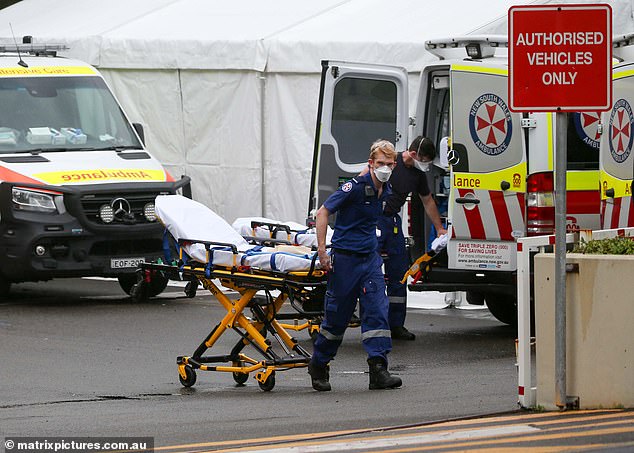 An infectious disease expert said Covid cases would slow in January and plateau before kicking up again in the winter months (pictured, staff at St Vincents hospital on Wednesday)

It comes as Prime Minister vehemently declared Australia would never see another lockdown and said citizens needed to learn to live alongside Covid-19.

WHAT ARE THE NEW CHANGES TO TESTS ACROSS AUSTRALIA?

– Price gouging on RATs banned, with businesses caught doing so facing fines of up to $66,000

‘Australia is better placed than nearly any country in the world. We’re in the top 10 most vaccinated OECD countries in the world. We have to keep carefully managing these issues as they present,’ Scott Morrison said on Wednesday.

‘There are no magic solutions, full stop. And so this virus will continue to challenge us, and it’s important that we all remain calm.’

Mr Morrison outlined major changes to the country’s testing system which has seen people wait hours for a PCR test and a nationwide shortage of crucial rapid antigen tests (RATs).

The Federal Government will subsidise 10 RATs over a three-month period for 6.6 million low-income and at-risk Australians after dismissing calls to make the tests free universally.

Those on welfare, pensions and concession cards will be eligible for the free tests.

In another major change, Mr Morrison confirmed Australians will no longer need to seek a PCR test if they test positive on a RAT, and should count themselves as Covid positive.

He said only people who are close contacts or who have Covid symptoms should be seeking PCR tests, which have been overrun by patients following Omicron’s arrival.

Australia broke a new record with a total of 64,774 new infections on Wednesday, a near 20,000 increase on Tuesday.

Covid cases in NSW on Wednesday spiked to 35,054 while Victoria recorded 17,636 new infections overnight – but ICU admissions in both states remain steady. 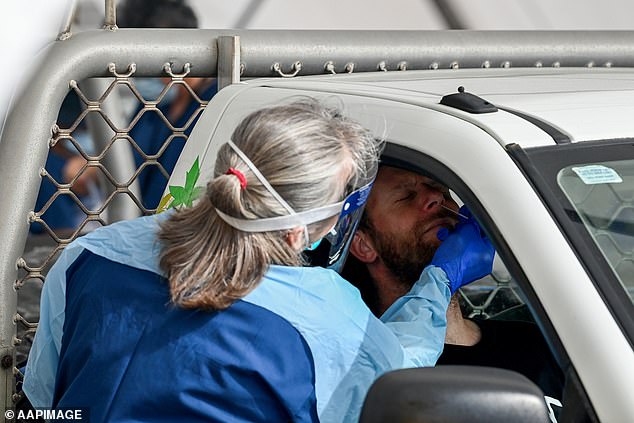 Australia broke a new record with a total of 64,774 new infections on Wednesday, a near 20,000 increase on Tuesday (pictured, a health care worker at St Vincent’s in Bondi)