Comfort Momoh, a midwife, set up the country’s first FGM clinic and was awarded an MBE for services to women’s healthcare

A renowned campaigner against female genital mutilation is under investigation after apparently exaggerating her qualifications.

Comfort Momoh, a midwife, set up the country’s first FGM clinic and was awarded an MBE for services to women’s healthcare.

She has regularly offered advice to the Crown Prosecution Service and given talks to hundreds of British schoolgirls.

But a BBC report has found that Mrs Momoh has overstated her professional qualifications.

The 55-year-old has repeatedly described herself as ‘Dr Momoh’ despite not being a qualified medical doctor.

She has an honorary doctorate from Middlesex University but this does not give her the right to use the title ‘doctor’.

Mrs Momoh, who grew up in Nigeria, is even called a doctor on the website of Guys’ and St Thomas’ NHS Trust in London where she ran the FGM clinic until recently.

The Nursing and Midwifery Council confirmed that she is under investigation but declined to comment on the details.

According to the BBC programme Newsnight, Mrs Momoh has also examined children for FGM at least five times despite not having the relevant qualifications. Official medical guidelines state that only a doctor with specialist training should examine child abuse victims.

In 2014, a judge described Mrs Momoh as ‘not a reliable witness’ during a court case in Leeds in which a girl was alleged to have had undergone FGM.

The judge said that she merited ‘harsh criticism’ and had ‘difficulty in providing answers about even the simplest factual question’. 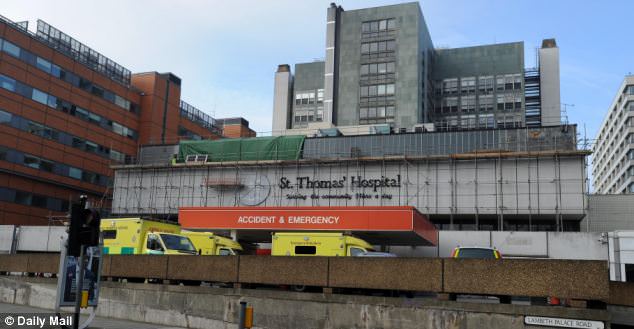 Mrs Momoh, who grew up in Nigeria, is even called a doctor on the website of Guys’ and St Thomas’ NHS Trust in London where she ran the FGM clinic until recently

After examining the girl, Mrs Momoh originally said there was evidence to suggest that the child had been subjected to ‘some form of FGM’. But in oral evidence in court, she changed her findings.

Sir James Munby, president of the Family Division, described her report as ‘a remarkably shoddy piece of work’ and ‘worse than useless’.

Judge Munby concluded there was not enough evidence to suggest that the child had undergone FGM, after Mrs Momoh’s examination was reviewed by an expert. Mrs Momoh was also due to be a key expert witness in a high-profile case in 2015 when a doctor was charged for the first time in the UK over FGM. 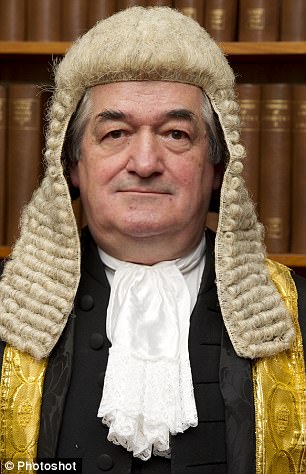 However, she was dropped before the trial for reasons which remain unclear. The accused was acquitted and so far no one has been successfully prosecuted over FGM.

Mrs Momoh, of Barnet, North London, has carried out a survey claiming that more than half the GPs in London have treated FGM victims in one year.

But some doctors said they do not believe it is taking place on the scale that has been suggested.

Dr Catherine White, clinical director at St Mary’s Sexual Assault Referral Centre in Manchester, said: ‘We’re just not seeing the number that we would have thought we would see, given the demographics that we cover now. Perhaps newer generations, younger generations, aren’t perpetuating it in the same way.

‘I think if certain types of FGM were being done at the rates that we were perhaps led to expect, we would be seeing cases coming through with infection or bleeding – they would be ending up in front of healthcare professionals and then being referred to us.

‘That just hasn’t happened – not here in Greater Manchester anyway.’

The Nursing and Midwifery Council, which regulates midwives, said an investigation into Mrs Momoh was opened last month. It declined to comment on the details of the case.