A mystery footballer faces court and a lengthy driving ban after his £150,000 Mercedes G Wagon was clocked at 125mph while undertaking a marked police car.

Officers pulled over the star, who is believed to play for a Premier League club, between junction 22 and 20 of the westbound carriageway of the M25 at 9.20am on Sunday morning.

The video of him criss-crossing Britain’s busiest motorway at high speed was posted online by the road policing team who cover Bedfordshire, Cambridgeshire and Hertfordshire. 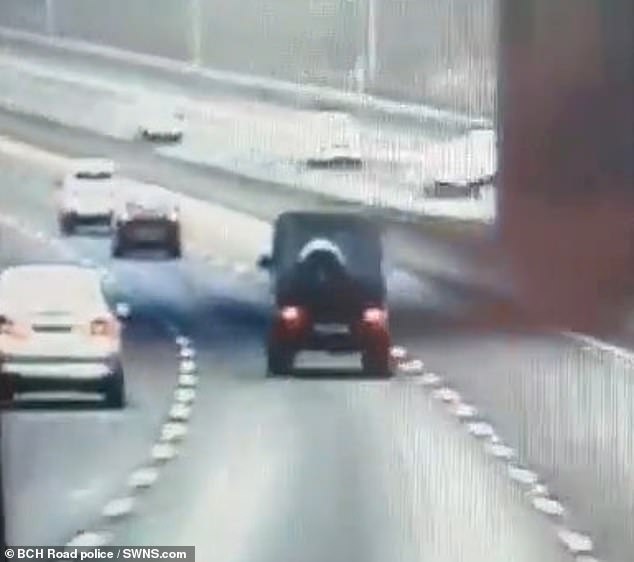 Officers pulled over the sports star between junction 22 and 20 of the Westbound carriageway of the M25 at 9.20am on Sunday morning

Police today refused to say who star footballer is despite posting the footage on Twitter before removing it hours later.

But the speeding driver was travelling through an area packed with top clubs’ training grounds including Arsenal, Tottenham and Watford. 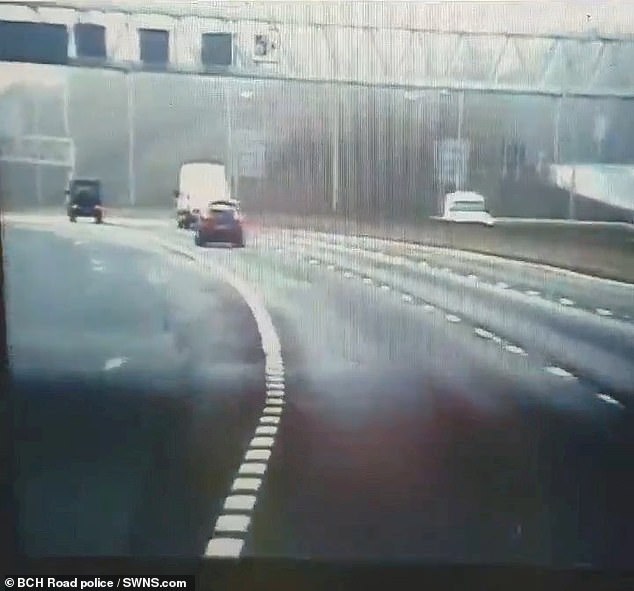 The police dash-cam footage shows the footballer undertaking cars in his Mercedes and even swerving on and off the road via a junction’s slip road.

BCH Road Police tweeted: ‘Having just overtaken a marked police X5, this somewhat well known footballer decided 125mph and undertaking on an off slip of the M25 was OK #taxitotraining’.

In a follow up tweet, the unit said: ‘This one has garnered some interest!  They have been reported for the speeding offence and will have to explain their actions to a magistrate.’

Hertfordshire Police confirmed the suspect is in his thirties from London, but say he will not be named until he appears in court and is charged with speeding.

He was reported for summons for excessive speed following the incident on Sunday morning and will appear at magistrates’ court at a later date next year. 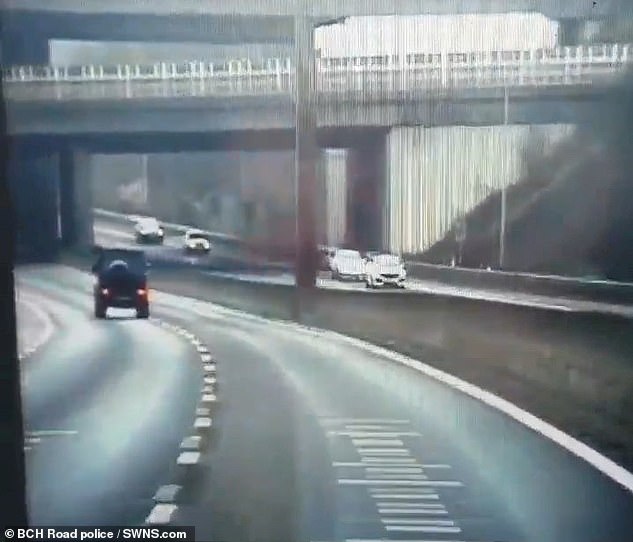 The luxury vehicle was driving through an area packed with top clubs’ training grounds including Arsenal, Tottenham and Watford – but police have failed to name him and deleted the video