Top guns in tears: War heroes with nowhere to turn

John Nichol was beaten by Hussein’s henchmen and paraded on Iraqi television, with his picture flashing across the world

Twenty-seven years ago I was shot down over Iraq, captured, tortured and forced by Saddam Hussein’s henchmen to appear on television to denounce my actions as an RAF officer.

Images of my bruised face flashed across the world and became a lasting image of the horrors of the 1991 Gulf War.

As a prisoner of war, I felt like the most insignificant, terrified human being on Earth.

The memories of my abuse and brushes with death are still with me. Dealing with Post-Traumatic Stress Disorder (PTSD) has become part of my life.

For this reason I am backing The Mail on Sunday’s campaign to improve mental healthcare for serving troops, including the introduction of a 24/7 helpline.

I feel the pain of those worst affected by PTSD. As someone who has experienced it myself, I understand what they are going through and the confusion they can face. I can be enjoying a perfectly normal day or night when a sensory stimulus, or trigger, fires me back into my past.

For me it is primarily noise – loud bangs, fireworks going off, trains going past, all these sound like the Coalition jets that flew missions over Baghdad attacking several of the buildings we were held in. 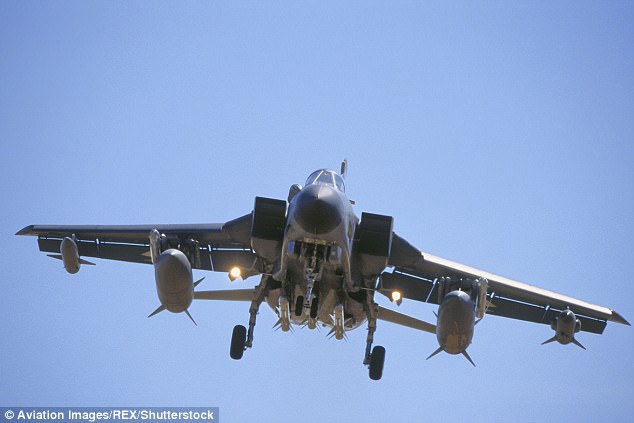 On one truly terrifying occasion, we were hit by four American stealth bombers. The prison we were held in, the headquarters of Saddam’s brutal secret police, was destroyed. We were dragged from the shattered building by enraged guards and were lucky to live.

My experiences have also made me a much more emotional person and tears can flow at the simplest of triggers such as Remembrance Sunday, when I recall the friends I have lost. In those moments I take solace that at least I understand what is happening to me – the processes of PTSD and how it shows its teeth.

For this precious knowledge I am indebted to the psychiatrist who treated me while I was still a serving RAF officer. I did not believe Dr Gordon Turnbull when he warned my memories might return to haunt me many years later when I was a civilian. I was completely dismissive of suggestions I might suffer any mental or emotional legacy as a result of my captivity, even though I’d endured mock executions and been set on fire by my interrogators.

Like so many military personnel of my generation, I thought a few beers and a curry with my mates would ensure I was not adversely affected by my experiences of war. 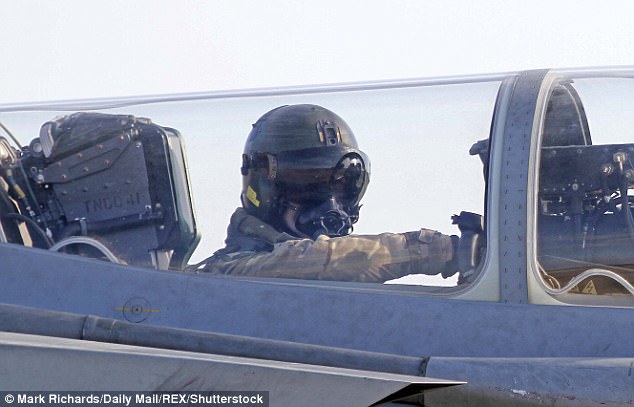 How wrong I was – and thank God Dr Turnbull took the time to explain what could happen and how any symptoms of PTSD might present themselves. Every member of today’s Armed Forces – in the Army, the Royal Navy and the RAF – deserves the same expert care I received.

It is heartbreaking to think there could be so many combat-hardened serving military personnel, including air crews, who suffer in silence due to a lack of round-the-clock care and the stigma that still surrounds mental health issues.

I was recently phoned by a serviceman who was in tears talking about his struggles with his demons after seeing so much horror on the battlefields of Iraq and Afghanistan.

He had been affected by his combat experiences but did not feel he could seek help inside the military system.

He spoke to me in confidence so I cannot disclose his identity. But I know there are many other men and women across the Forces who have been similarly affected because of the courage they showed serving the country they love. 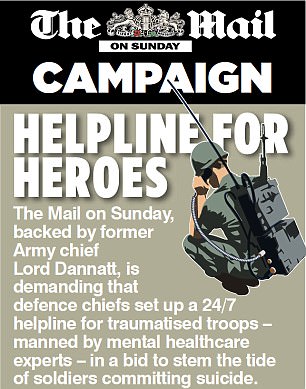 A 24/7 helpline, connecting these people to mental health experts, would apparently cost £2 million.

That is a bargain given the thousands of troops suffering from PTSD and other related conditions.

The British public and the Armed Forces need to get to the same point of understanding and acceptance of troops with mental illness as they are with physically injured personnel.

There is a long way to go. It is indicative of the lack of emphasis placed on mental healthcare that at night and at weekends, troops suffering from any of these issues are forced to rely on A&E departments.

When, in the case of personnel in Northern Ireland, this could put them in danger, it is an absolute disgrace. It is cruelty.

That soldiers have waited longer for mental health treatment than civilians – a situation that the Ministry of Defence was forced to admit last week – is also indefensible. Plainly, when it comes to how the MoD allocates its budget, mental healthcare is very low on the priorities list. Our serving men and women deserve much better care than they get now.

The defence chiefs can buy as many rocket systems, jets and aircraft carriers as they like, but without the highly skilled people to operate them, such equipment is useless.

We have a fine tradition in the British military of not leaving anyone on the battlefield. We should not be leaving them to rot in a pit of despair if they suffer a mental illness.

Veteran: We’re an army of zombies 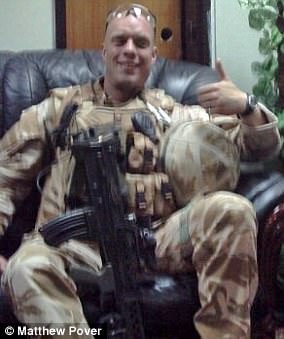 An ex-soldier has warned that heavy doses of drugs prescribed to troops with Post-Traumatic Stress Disorder are turning them into a ‘Zombie Army’.

Cpl Gater, from Lancashire, said: ‘The dosages of anti-depressants and sleeping tablets given by doctors who don’t really understand PTSD are far too high.

‘There’s got to be more therapy and fewer pills as a means of tackling the increasing numbers of troops with mental health issues.

‘At the moment there’s a zombie army of soldiers across Britain whose quality of life is being reduced due to over-medication.

‘You can’t work properly or do any strenuous physical activity when you’re drugged up to your eyeballs.’

The father-of-three has now stopped taking medication in a bid to become more active. Cpl Gater, who served in the Mercian Regiment, added that the stigma in infantry units about mental illness meant he did not seek medical help until he left the Army.

The MoD said it took the mental health of personnel ‘extremely seriously’ and was improving training and education.

A former SAS general who tutored Prince Harry is backing The Mail on Sunday’s campaign with Lord Dannatt for better mental health care for troops.

And last night he said he hoped our bid to introduce a 24/7 helpline would help save lives. 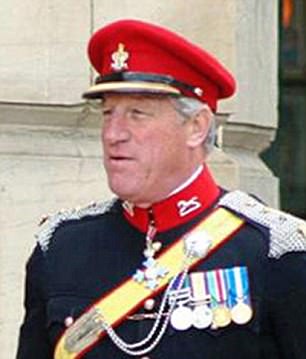 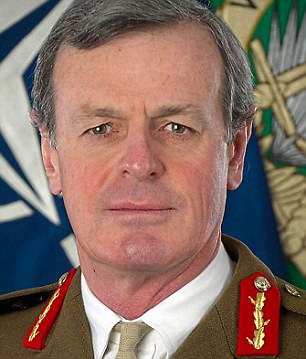 The Mail on Sunday and Lord Dannatt are calling for round- the-clock care to combat the rise of post-traumatic stress disorder (PTSD) among serving soldiers, with more than 2,500 cases confirmed in 2017.

The campaign follows the suicide this month of PTSD sufferer Nathan Hunt – a Royal Engineer Warrant Officer who fought alongside Prince Harry in Afghanistan.

Maj Gen Denaro said: ‘This campaign is most timely. Alongside equipment and professionalism, defence chiefs should prioritise troops’ welfare. We simply cannot afford to ignore the pressures of modern warfare.’ 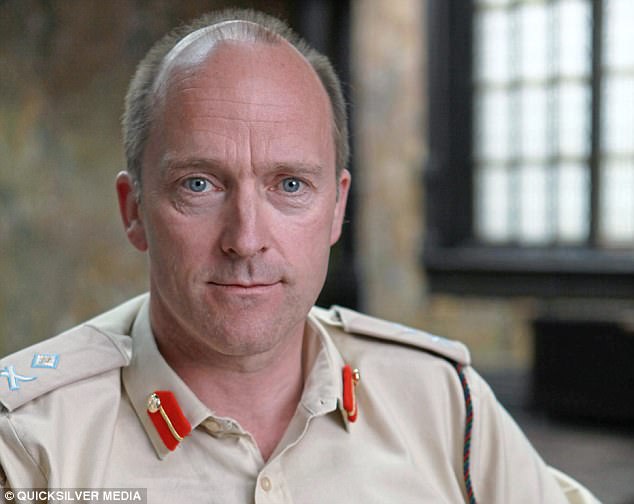 Mentally ill troops based in Northern Ireland are suffering anxiety attacks because they are forced to visit an NHS hospital in a Republican area to seek help, it was claimed last night.

Due to cuts, soldiers needing treatment for PTSD must attend Belfast’s Royal Victoria Hospital – less than a mile from an IRA memorial. A source said: ‘The threat level remains severe due to dissident Republicans.

‘So there is a security issue with soldiers using that hospital.’

The Mail on Sunday has also been told that two specialist military wards in Aldergrove and Edinburgh will close outside office hours to save money.

Have you been affected by the MoD’s provision of mental healthcare to troops? If you wish to support our campaign, please email mark.nicol@mailonsunday.co.uk or make contact on Twitter: @MarkNicolMoS