Some of the best interest-free credit card offers around have been cut or removed from sale over the last month, as lenders evaluate their offers amid the economic crisis caused by coronavirus.

Barclaycard and Tesco Bank have reduced 0 per cent balance transfer and purchase credit card terms throughout March and early April, while Sainsbury’s Bank last week also made its credit cards – which offer some of the longest interest-free terms around – only available to existing Nectar customers.

Although these reductions are usually of one or two months and are not drastic cuts, it suggests we are beginning to see a tightening of the availability of unsecured credit and experts suggest interest-free terms could shorten further.

Sainsbury’s Bank and Tesco Bank, as well as Barclaycard, have reduced the length of interest-free terms on their credit cards over the last month

Andrew Hagger, founder of personal finance site Moneycomms, said: ‘I’m not sure how far the terms of these 0 per cent deals will fall in the next few months but I do expect the market to contract.’

Tesco Bank pulled its 12 and 15-month all-round credit cards and its low APR card on 23 March, and its 28-month money transfer card four days later, according to Moneyfacts.

Its 22-month 0 per cent purchase card had its interest-free period cut by two months on 6 April.

But while Sainsbury’s credit cards still offer some of the longest interest-free terms around, they are now only open to applicants who have been Nectar members for at least six months.

Previously the cards were open to all applicants, although the length of the 0 per cent term they were offered depended on their credit score.

It reduced the interest-free terms on 1 April and removed them from public sale a week later.

And Barclaycard last Thursday cut the interest-free terms available on balance transfers and purchases on its platinum card from 20 months to 18.

Balance transfer deals have become much less generous over the last few years thanks to a regulatory crackdown on borrowing amid concerns people were simply shuffling around thousands of pounds of debt they were never paying off.

But top term lengths have stayed at around 29 months for the last year, having fallen from 43, more than three-and-a-half years, in February 2017.

We may see some lenders cease to take on new business so they can focus on existing customers. 0% interest-free periods may get shortened and APRs may increase too

However, they could potentially fall over the next few months, if these recent moves are any indication.

Eleanor Williams of Moneyfacts said: ‘The FCA persistent debt crackdown has had a huge impact on interest-free credit card offers.

‘This has been seen very evidently in the balance transfer market, but not quite so evidently on the purchase cards because they didn’t offer terms which were as long as those that were historically available on balance transfer cards.

‘At the moment it would be understandable for providers to be reviewing their interest-free offers in light of the ongoing coronavirus pandemic, but it seems unlikely there will be a large cull in the numbers of products available.

‘Instead lenders may focus on small amendments to their deals and possibly look to tweak their criteria in reaction.’ 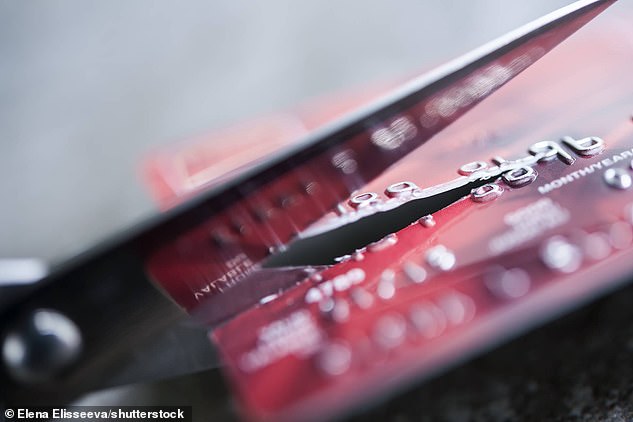 Availability of unsecured credit to decrease?

There was almost £66.7billion outstanding on UK credit cards at the end of December 2019, according to the most recent figures from banking trade body UK Finance, 52.2 per cent of which was incurring interest.

John Crossley, head of money at comparison site Compare the Market, said: ‘In the near future, the availability of unsecured credit is likely to decrease.

‘We are already seeing lenders start to tighten eligibility criteria for new customers – impacting chances of credit applications being accepted, as well as the credit limits that providers are prepared to offer.

Virgin Money has also temporarily pulled its travel cards from sale, including its air mile-earning Virgin Atlantic Reward cards, due to worldwide travel restrictions which have seen flights grounded and Virgin Atlantic seek a government bailout.

‘We may see some lenders cease to take on new business so they can focus on existing customers. 0 per cent interest-free periods may get shortened and APRs may increase too.’

It comes as more households are likely to be forced to turn to credit cards or loans over the next few months as people are furloughed or lose their jobs.

Government figures found 1.4million people have signed up to Universal Credit since 16 March, while a report from the Office for Budget Responsibility found a three-month lockdown followed by a three-month partial lifting could see UK GDP fall 35 per cent and unemployment rise by 2million in the second quarter of 2020.

Former Chancellor George Osborne told BBC Radio 4’s World at One: ‘They’re not particularly surprising numbers in the sense that they’ve been out there in the market, and other economists have made these predictions but they’re still shocking numbers, this staggering loss of economic output, this staggering increase in the national debt, and of course the real tragedy here is a massive increase in unemployment, not all of which comes back.

‘In other words, many people don’t simply get their job back later this year under this scenario and it’s just a reminder that the effects of this virus will be with us long after we’ve hopefully found a cure.’ 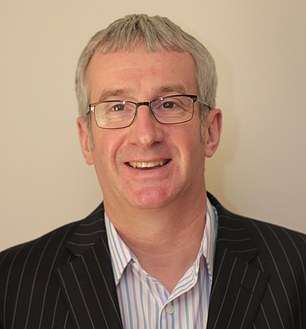 The Financial Conduct Authority has forced banks to provide interest-free overdrafts of at least £500 for the next three months, and credit card companies to let people take three-month repayment holidays without damaging their credit scores.

Crossley added: ‘In the current environment, we will likely see people looking for more credit to manage short-term cashflow issues.

‘Discretionary spending will reduce, as individuals cut back on “luxuries” to focus on necessities, as well as emergency funds to see them through the next few months.

‘The next few months are likely to be more difficult for many to manage their household finances, so if you are struggling financially remember that there are many different services which can help, and it’s important to stay in touch with the companies who provide your financial services, especially if you find yourself struggling to make repayments.’

But a rise in unemployment and doubts over whether people will be able to repay what they borrow may leave lenders less likely to offer new customers more unsecured debt.

Andrew Hagger said: ‘I’m not sure how far the terms of these 0 per cent deals will fall in the next few months but I do expect the market to contract.

‘The appetite from lenders to take on fresh unsecured debt will wane as unemployment soars and the economy weakens.

‘Restricting new 0 per cent lending by tightening lending criteria and/or reducing the competitiveness of products wouldn’t surprise me.’

When it comes to balance transfer deals, three credit card providers offer 0 per cent terms for 29 months after Sainsbury’s cut its market-leading rate.

MBNA charges a lower fee of 2.75 per cent and comes with a 20.9 per cent representative APR, while Halifax and Virgin Money both offer 3 per cent.

Meanwhile, three cards offer 0 per cent on purchases for 26 months. One of those is Sainsbury’s, now only available to existing customers.

Its representative APR is 20.9 per cent and it also comes with a 26-month interest-free term on balance transfers, with a fee of 3 per cent.

It has a representative APR of 21.7 per cent.