‘They live amongst us – you just can’t pick them’: Top cop who hunts the worst paedophiles in the world reveals the sinister tricks predators use to lure Australian kids – and the tips every parent needs to know to protect them

One of Australia’s top policemen who targets the country’s worst paedophiles has revealed the lengths they will go to lure children as young as six months old.

Queensland-based Detective Inspector Jon Rouse, who has been tackling online predators for more than 18 years, says there’s a new terrifying online trend that paedophiles are using to avoid detection.

In one example, the policeman said a university professor was arrested after he pretended to be pop star Justin Bieber in order to lure starstruck kids.

‘What this “Justin Bieber” made these children do was really quite horrendous, and that is the kind of thing that we continue to see,’ Det Insp Rouse told A Current Affair on Monday night.

He said children should not have their own profile photo on any social media accounts and that parents must monitor security settings and even friend lists on all accounts.

He recalled an investigation he was involved in last year when a child victim was abused on Snapchat.

Inspector Jon Rouse has rescued more than 362 children from 58 countries around the world from child abuse in the past 18 months. He also revealed that ‘three to five per cent of a population has the potential to have a sexual interest in a child’

‘Would you be happy that your child is instantly in contact, or followed by, over 100,000 people?’ he said.

Det Insp Rouse also added that an increasing number of children were becoming so obsessed with internet fame that they were beginning to post more provocative material.

He urged children to re-think before they posted as the material could easily be used to blackmail and manipulate them.

While he said it was imperative to keep a close eye on children’s social habits, he urged parents not to take devices away from them.

Instead he advised parents to sit down with their children and have an open and honest conversation about online safety.

Det Insp Rouse said the community should be aware of the difficulty in identifying a paedophile and the fact that not all predators fit one specific profile.

He added that predators come from all demographics and can be aged anywhere from 18 to 70-plus.

‘There is no profile – they come from all works of life, all occupations.

‘They live amongst us. They walk amongst us. You just wouldn’t know, you just can’t pick them,’ he said.

Det Insp Rouse also revealed that there was an alarming number of  people with ‘paedophlic tendencies’.

‘They say three to five percent of a population has the potential to have a sexual interest in a child,’ he said.

Det Insp Rouse is part of a 40-strong taskforce and has rescued more than 362 children from 58 countries around the world in the past 18 months.

It is reported one billion children in the world are affected by child abuse. 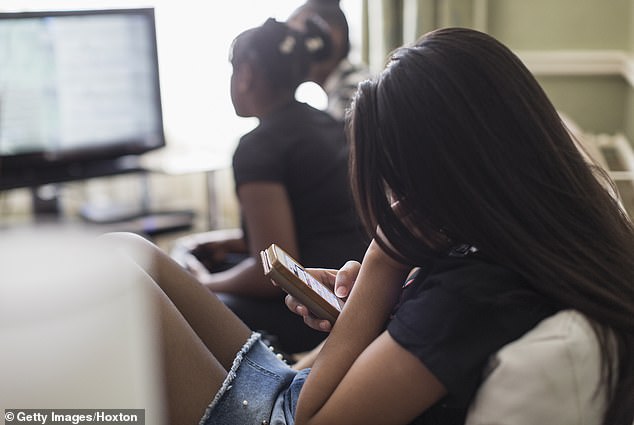 Det Insp Rouse told parents to stay aware of what images their children post online, what friends they have on all platforms and to sit down with them and have an open conversation around online safety in order to stay one step ahead of predators  (stock image)