Scientists have blasted human brain organoids – clumps of brain cells that grow their own neural networks – into space to determine the effects of microgravity on fetal neural development.

Lead scientist Alysson R. Muotri of the University of California San Diego oversaw the four-week experiment to send the brain organoids to the International Space Station in July.

Muotri predicts that in low gravity, the organoids will grow faster and larger than on the Earth’s surface, which could have future repercussions for hopes of natural childbirth in a low gravity environments.

‘The progenitor cells will proliferate faster and will probably generate a bigger organoid,’ Muotri told Massive Science this week.

Lead scientist Alysson R. Muotri (above) of the University of California San Diego predicts that in low gravity, brain organoids will grow faster and larger than on Earth

Speaking to DailyMail.com, Muotri clarified that although the ISS experiment ended late last month, it will be some time before he can prove his prediction about larger space brains.

‘We have no data yet, it will take months to analyze everything,’ he said.

‘The prediction that metal progenitors would replicate faster comes from data from previous experiments with other cell types suggesting that microgravity induce cell proliferation,’ Muotri continued.

Although larger brains may sound like a good thing, there is cause for concern if Muotri’s prediction is born out.

If the brain and surrounding skull are too large, babies may be unable to pass through the birth canal during labor – leading to the possibility that humans would be unable to have natural deliveries in space.

As well, large brain circumference is a key biomarker for autism. 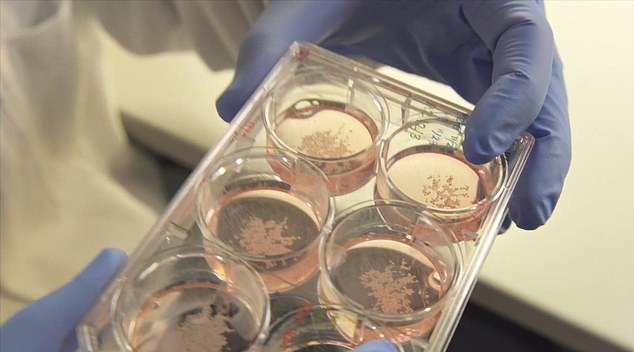 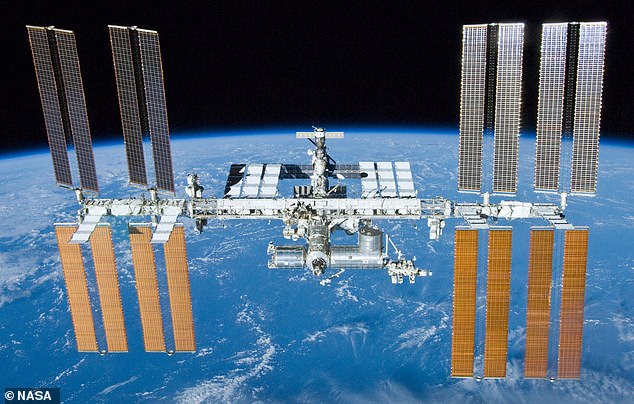 ‘We don’t fully understand how cell proliferation may later in life lead to intellectual problems or cognitive disability, so this gives us a model to understand that,’ Muotri told Massive Science.

The groundbreaking experiment fired 100 brain organoids into orbit aboard a Space X rocket on July 21.

‘We will be able to continuously observe the formation of the neural tube, including cell migration, cell-cell interaction, cell division and death. This will be the first in a series of space flights to help us understand the intricacies of brain development, both in weightlessness and on Earth,’ Muotri said in a statement at the time.

‘This type of space experiment has never been done before for any type of stem cell-derived organoids. The engineering part of keeping these 3D structures alive in microgravity is a huge challenge,’ Muotri said. 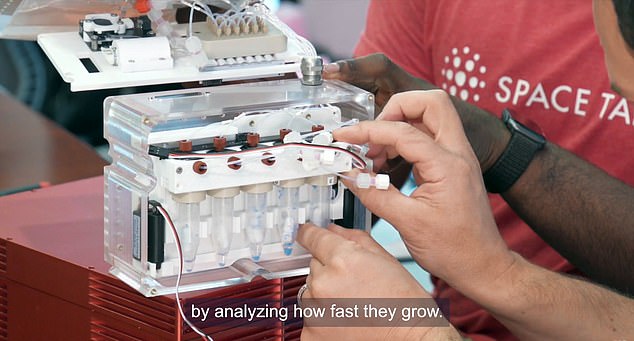 The brain organoids traveled inside a CubeLab, designed and built by Space Tango, which was used to support continuous cell-culture during the mission.

In addition to examining neural development in microgravity, the researchers hope the brain organoids will also reveal molecular and cellular alterations that illuminate the biological processes of aging and diseases such as Alzheimer’s.

Muotri is recognized as a leader in the field, having used the ‘brain-in-a-dish’ approach to provide the first direct experimental proof that the Zika virus can cause severe birth defects.