Soaps are going down the drain: Top TV dramas including EastEnders and Coronation Street are facing ‘fatal crisis’ because viewers are being put off by outlandish plots, says Radio 4 presenter Mark Lawson

By Jennifer Ruby Senior Showbusiness Correspondent For The Daily Mail

Betrayal, bust-ups and personal tragedy might be the bread and butter of soap operas.

But the genre is being plunged into a catastrophe of its own – as viewers are being put off by, er, all the melodrama.

This is the warning of one BBC arts critic, who claims Soapland faces a ‘potentially fatal crisis’ by barraging fans with implausible and harrowing storylines.

BBC arts critic Mark Lawson said shows including Coronation Street (above) ‘risk becoming impossible to either write or act’.  The BBC Radio 4 presenter admitted being a soap fan in the past

Mark Lawson said the recent slump in viewing figures for favourites such as EastEnders and Coronation Street highlights a ‘fundamental creative problem’ in which story arcs are becoming ‘impossible to either write or act’.

Recent plot lines include a siege at the Queen Vic pub in EastEnders, in which a character was shot dead, and a historic child sex abuse case in Corrie.

The BBC Radio 4 presenter, who admitted being a soap fan in the past, said he ‘fears shows once seemingly set to be broadcasting immortals – the 59-year-old Coronation Street, Emmerdale, 47, and EastEnders, 34 – face a potentially fatal crisis’. 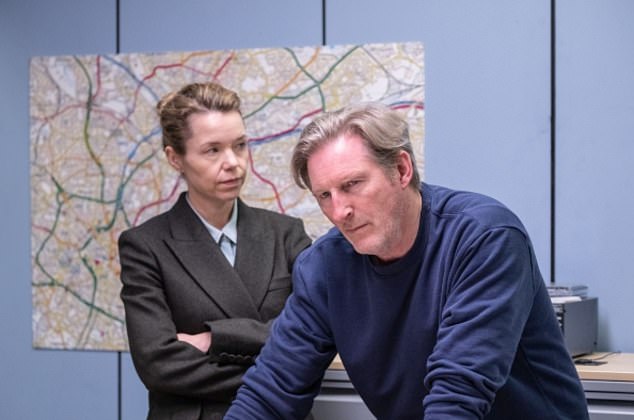 Lawson also blamed the rise in popularity of TV drama in the 9pm slot, such as Line of Duty and Bodyguard, which are ‘busier and darker’ than ever before. A scene from the Line of Duty is pictured above

‘They risk becoming impossible to either write or act,’ he told Radio Times.

‘Desperate to keep diminishing audiences interested, the storyliners pile catastrophe after crisis on the best-known characters.

‘Because one of the historic strengths of the genre has been its strong central female characters… the logic that dictates the biggest events should happen to the major characters is that these women make the wives of Henry VIII seem relatively lucky.’ 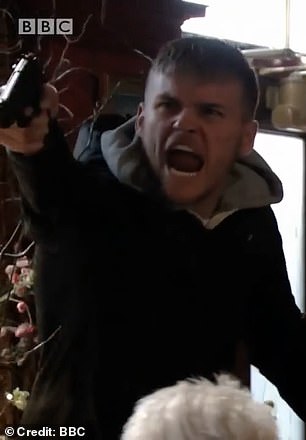 Recent plot lines include a siege at the Queen Vic pub in EastEnders, above, in which a character was shot dead, and a historic child sex abuse case in Corrie

He highlighted the character arc of EastEnders stalwart Kathy Beale, played by Gillian Taylforth, who has ‘suffered domestic abuse, given up a child for adoption and suffered her family’s involvement in various blags, frauds, car crashes, cancers, organ transplants, before faking her own death in South Africa’.

Lawson added that the ‘frequency of sex crimes’ against women ‘is especially concerning’ as ‘many of the female characters in EastEnders have been raped at least once’.

He said such storylines are useful in highlighting ‘police and medical responses and offer helplines’.

But he added that whereas ‘rape changes a woman’s life indelibly and will undoubtedly reduce her levels of trust’, the victims in Soapland are then required ‘to place their faith in a dodgy stranger or go alone to a perilous location’ just to set up the next tragedy that ‘scriptwriters are preparing to dish out for them’.

Lawson also blamed the rise in popularity of TV drama in the 9pm slot, such as Line of Duty and Bodyguard, which are ‘busier and darker’ than ever before.

‘Soaps used to dramatise life’s extremities in a way that sitcoms and peak-time serials rarely did.

‘As other TV fiction has become busier and darker, perhaps the soaps need to aim lighter and slower, without risking the village play/cricket match lulls to which The Archers is prone.’