One of Europe’s top referees has been appointed for Burnley’s critical clash with Olympiacos on Thursday night.

The 42-year-old has been on FIFA’s elite list for 15 seasons and was in charge of Manchester United’s 2011 Champions League final defeat by Barcelona at Wembley.

Viktor Kassai, one of Europe’s top referees, will officiate Burnley’s clash against Olympiacos

Burnley, who lost 3-1 last week, face an uphill task to reach the Europa League group stages and it is hoped Kassai will be strong enough to deal with any potential flashpoints.

Dyche — who saw Ben Gibson sent off at the Karaiskakis Stadium — said: ‘Maybe UEFA looked at reports from the last game and thought ‘hmm, maybe (it was) not as good as we would hope’. 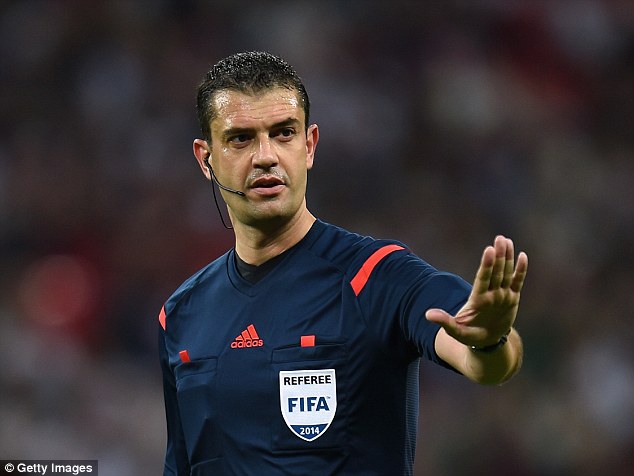 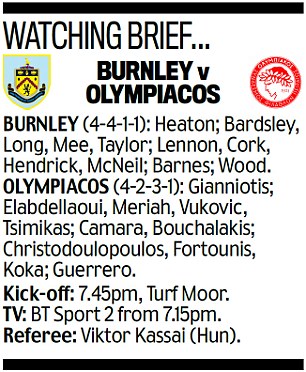 The relationship between both clubs is tense and one Burnley supporter was stabbed in the leg by a local prior to the first game.

The Clarets want a fierce atmosphere in east Lancashire and Dyche urged his team to relish the role of underdogs.

‘You have to go for it but in a sensible manner,’ he added.

‘Let’s seize the fact we’re underdogs as a strength and take that challenge on.’ 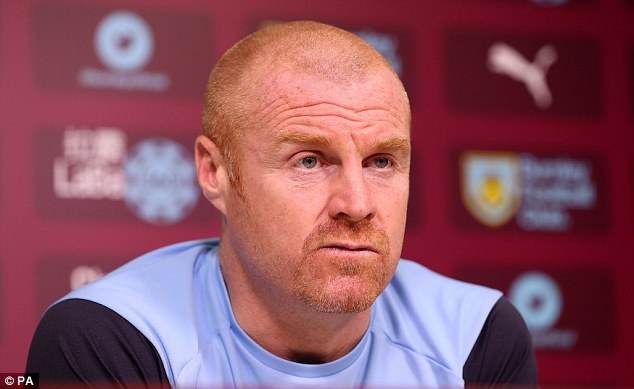 The Burnley manager did, however, admit that part of his attention has been drawn towards Sunday’s clash against Manchester United and inflicting more problems on Jose Mourinho.

‘We’ve got to have an eye on Sunday in reality but it is only one eye,’ Dyche said.

‘We’ve had a tough start in the league but I’ve made it clear to the players we focus on this.’