That ’70s Show alum, Topher Grace, and his wife, Ashley Hinshaw, are expecting a third addition to their growing family.

The talented actor, 44, revealed the big news during an interview on The Kelly Clarkson Show and expressed his excitement.

The star tied the knot with his wife, 33, in 2016, and the happy couple already share two children, five-year-old daughter Mabel, and another child who was welcomed to the world in 2020.

Big announcement: Topher Grace, 44, revealed that he is expecting baby number three with his wife, Ashley Hinshaw, during The Kelly Clarkson Show

The Interstellar actor weighed in on adding baby number three to his family during an interview with Kelly Clarkson.

‘We’re excited,’ he gushed, and gave a special shout out to his wife. ‘I’ll just take this moment on national television to say how beautiful and amazing she is.’

Topher then humorously explained the reactions he has been getting since the big announcement of welcoming baby number three and being ‘outnumbered.’ 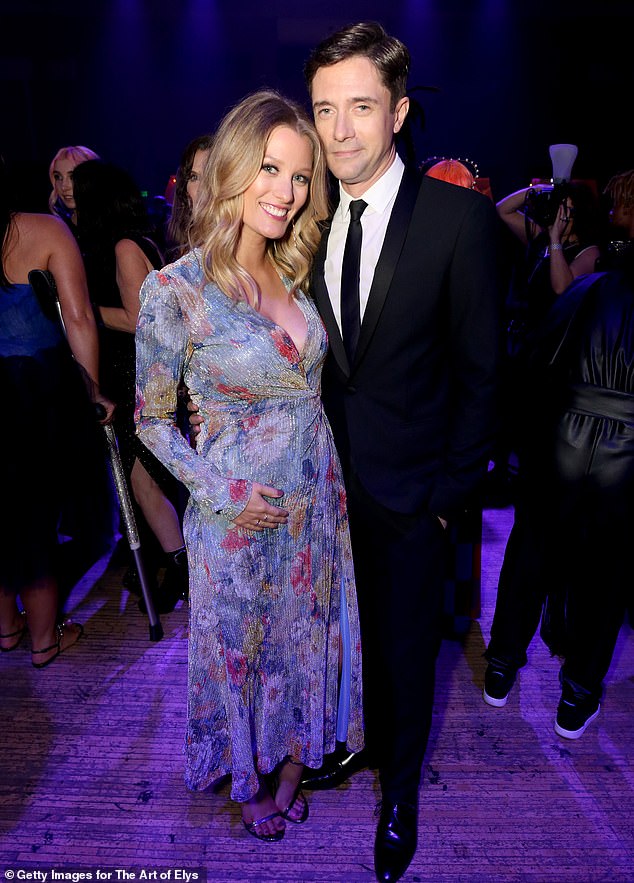 Happy couple: The two lovebirds became engaged in 2015, and tied the knot one year later in 2016; the two pictured together in 2020 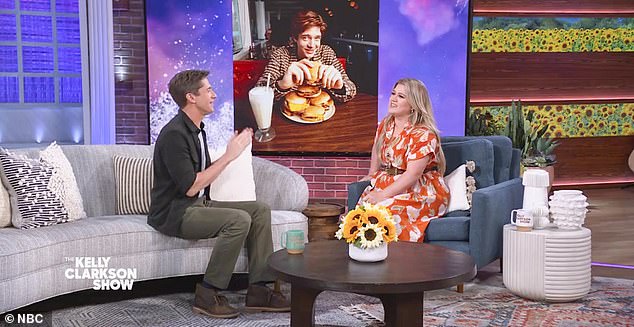 Cute: At the start of his interview, the talented actor gave a shout out to his wife, expressing, ‘how beautiful and amazing she is’

Topher and Ashley first began dating in 2014, and became engaged the following year. The two lovebirds officially tied the knot in a romantic wedding ceremony in 2016.

Ashley is also an actress, and is known for her role in the 2012 film, About Cherry, and starred in the HBO series, True Blood.

In 2017, their daughter, Mabel, was born, and the couple announced that in 2020, they welcomed their second child. The name of baby number two has yet to be revealed.

Last year during an interview with People, Topher revealed that their second child had arrived.

‘We had a kid during quarantine,’ the Home Economics actor explained. ‘Then it was a lot of changing diapers.’ 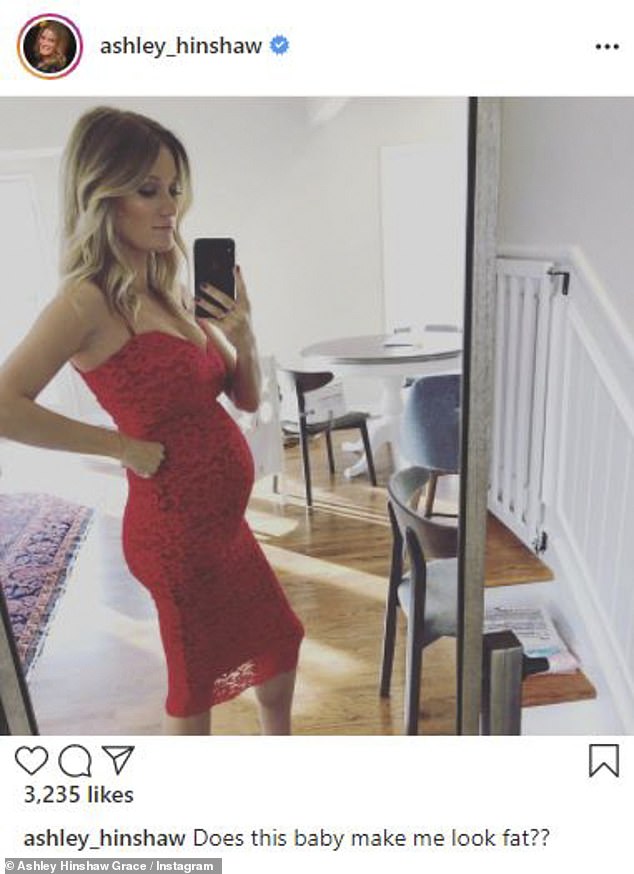 Growing family: Topher and Ashley share daughter, Mabel, and another child that was welcomed to the world in 2020 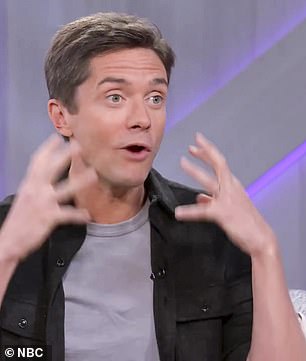 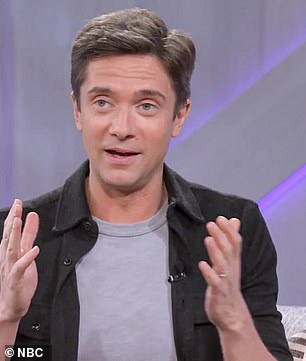 ‘Outnumbered’: Although Topher and Ashley will humorously be outnumbered by having three children, the Interstellar actor expressed, ‘We’re excited’

During the interview with People, Topher added that when he was filming That ’70s Show in the past, he had to hold a baby and, ‘was so scared I was going to get hurt or hurt the baby.’

‘Now I’m much better. My wife would tell you I’m not as good as I could be, but I am better at soothing these kids!’ the talented star added.

When he is not at home and spending time with his family, Topher is on set of his latest hit ABC series called, Home Economics.

The premise of the show follows, ‘Three grown-up siblings find themselves living at vastly different levels of financial security from one another,’ according to IMDB. 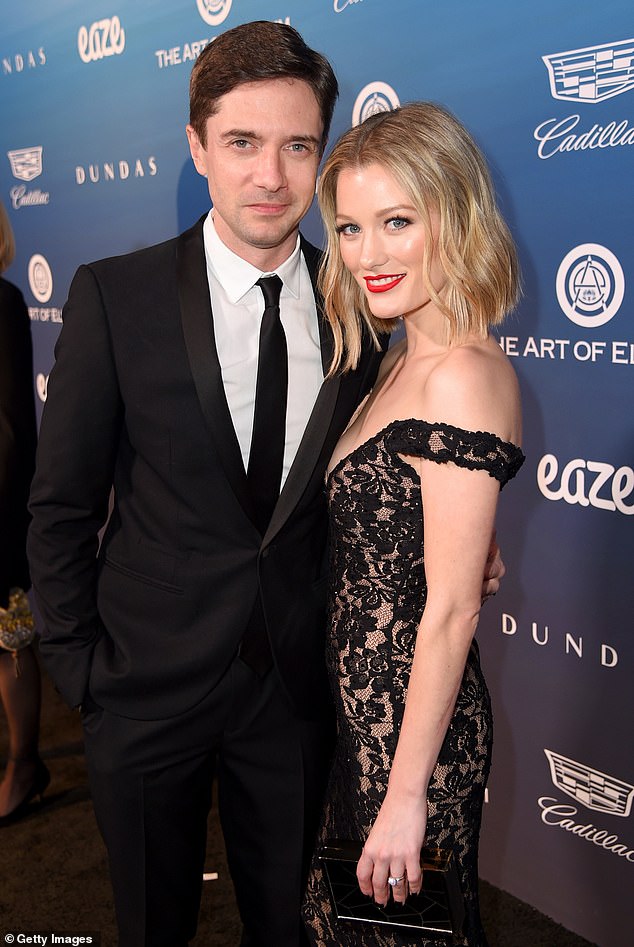 Talented duo: Topher’s wife, Ashley, is also an actress, and has starred in numerous projects such as the HBO series, True Blood; the two seen in 2019 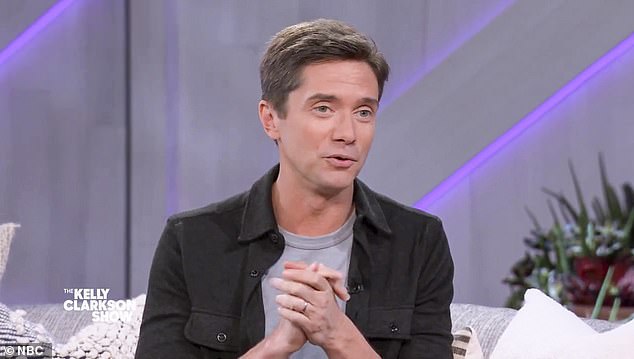 Successful: The actor has been working on another hit series on ABC called Home Economics, and he stated that, ‘It’s such a fun show’

On The Kelly Clarkson Show, Topher discussed the topic of income inequality that is portrayed on the series.

‘It’s amazing to me, that there aren’t that many shows about that when that’s such a big deal to all of us,’ he stated.

‘These writers are so good on this show, and it’s so inventive, and a serious situation that is done with a lot of humor. I just love it. I love being with the cast. It’s such a fun show.’

Earlier this year in April, Topher was also cast to have a special guest role in the That ’70s Show spinoff called, That ’90s Show. 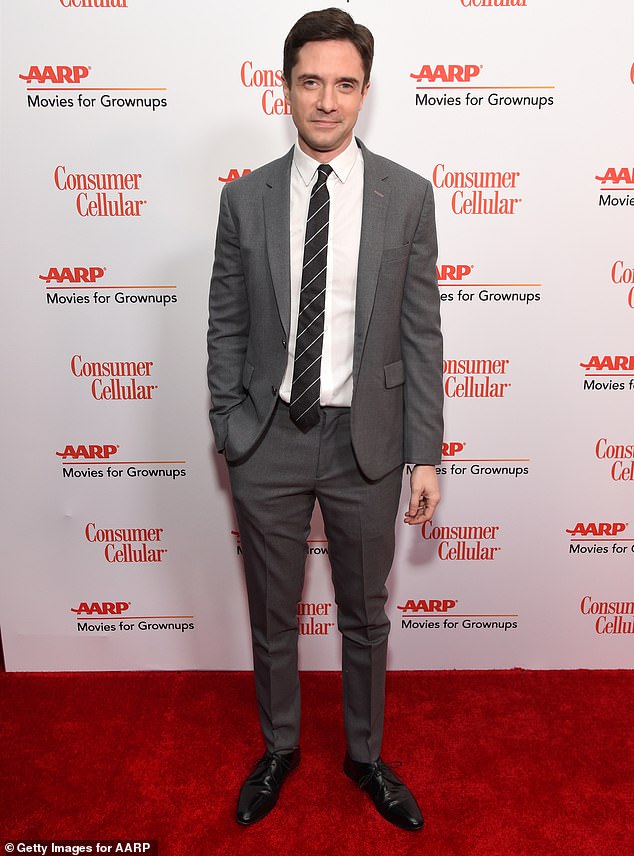 New show: Aside from starring in Home Economics, the actor has been cast to have a guest appearance on the spinoff called, That ’90s Show; seen in 2019