Topless model. Caterer. Locksmith. What happened to the cast of Grange Hill?

With its catchy theme tune, cast of mischievous pupils and gritty storylines, Grange Hill, set in a fictitious comprehensive school in London, provided the backdrop to a generation of childhoods.

First broadcast in 1978 and regularly attracting audiences of up to 12 million during its 30-year run, the show’s cast became household names.

Among the characters that featured over the years were Tucker Jenkins, played by Todd Carty, Benny Green, Zammo McGuire, Justine Dean, and Norman ‘Gripper’ Stebson.

Todd Carty, 57, who played hit character Tucker Jenkins. remains one of the show’s most famous alumni having remained on TV screens since the first series aired in 1978 – most memorably as Eastenders’ Mark Fowler.

Today, some will be reminiscing on Radio 4’s The Reunion – so what happened after they left Grange Hill?

Todd’s character was so popular that he got his own spin-off show, Tucker’s Luck.

He then starred as Mark Fowler in EastEnders from 1990 to 2003, with a groundbreaking storyline when his character was diagnosed with HIV.

But after his departure from the square, he played away from type portraying the villainous PC Gabriel Kent in The Bill.

Plotting a deranged revenge plot on the mother who gave him away involving incest and raping a colleague, psychopathic Gabriel became a serial killer and eventually committed suicide.

As well as continuing to act on stage and screen, he’s also delved into producing and directing and made a memorable appearance on Dancing On Ice in 2009 because of his lack of flair.

As well as starring in panto, he appeared on Celebrity Masterchef in 2014 and in 2015, the actor and his eldest son James filmed a documentary, Dangerous Adventures For Boys, for Channel 5 based on the book by Conn and Hal Iggulden.

Carty and his eldest son, James, filmed together in a factual television series for Channel 5, Dangerous Adventures For Boys, based on the book written by Conn and Hal Iggulden

Most recently, he appeared in the film Silver Birches in 2017 about an author struggling to rebuild his life after the untimely death of his wife.

Todd has been with his childhood sweetheart Dina Clarkin since 1990, and they have two sons James and Thomas. 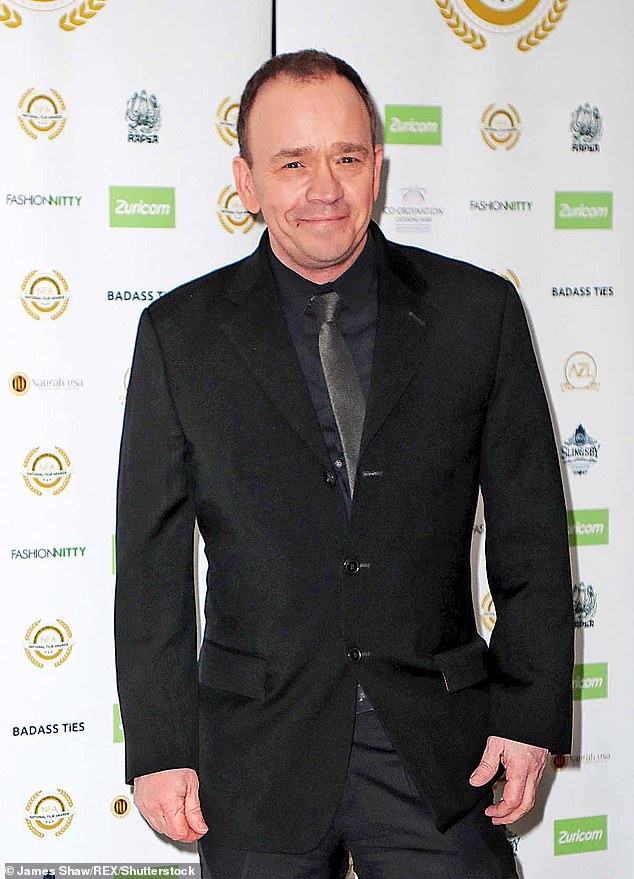 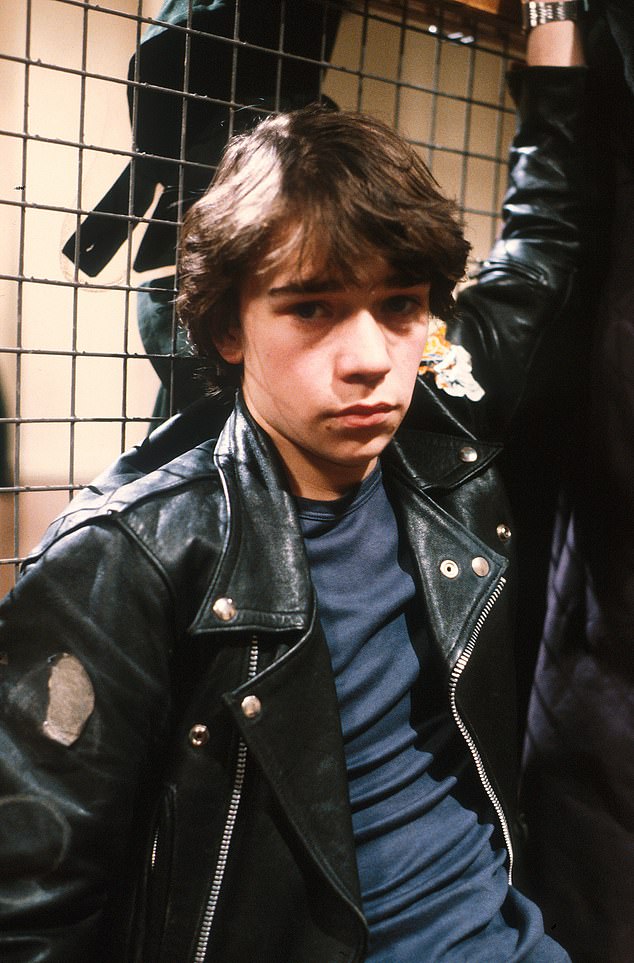 With her Lady Diana hair-flick, Paula-Ann played the daughter of over-protective parents.

She quit Grange Hill aged 18 and posed topless for a men’s magazine.

‘For a little time I regretted it, but I don’t now,’ she says. ‘That was the thing at the time.’

After TV roles in Spender and Only Fools And Horses, a career in PR followed.

The mother-of-two was diagnosed with breast cancer in 2019. ‘I’m just starting to feel normal again,’ she says. 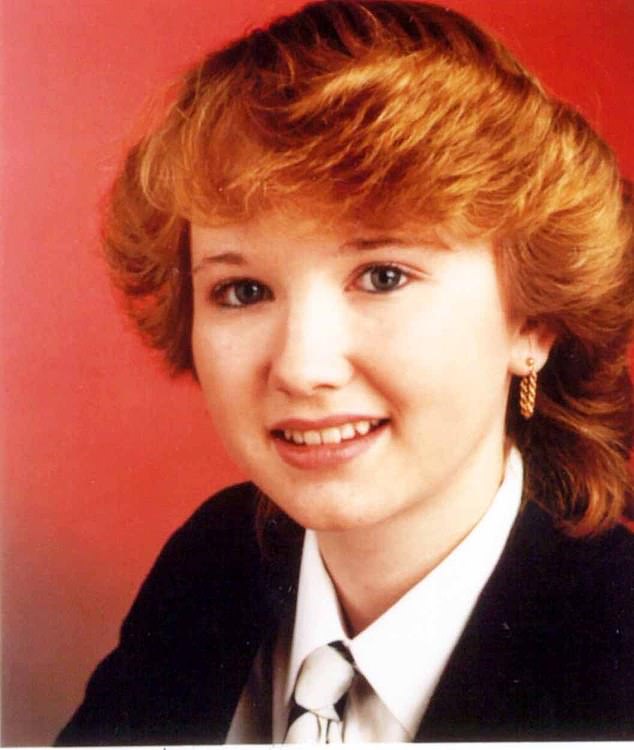 Erkan played a sweet, shy character with a love of crisps who suffered terrible bullying.

After leaving the drama, Erkan, who is now married with a son, appeared in Chef! with Lenny Henry, and in Blackadder.

He then set up a home-catering business but continues to write and direct. 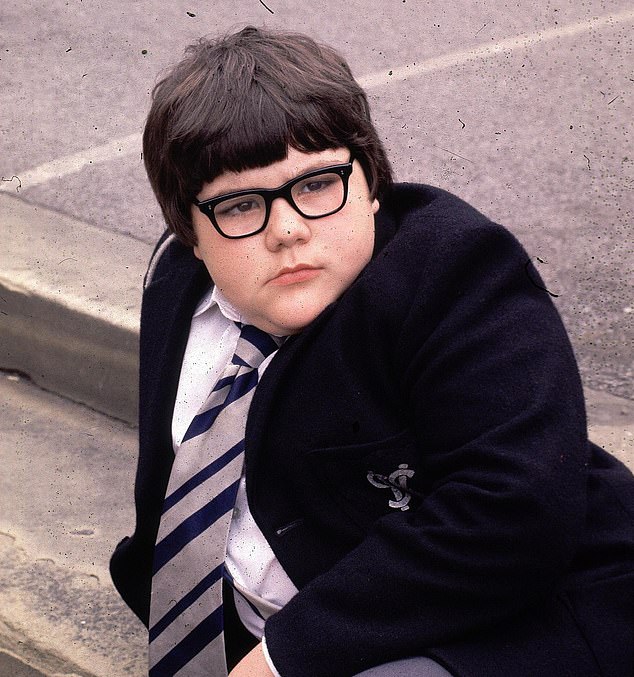 After Zammo’s shocking death from an overdose in 1987, Lee hoped to become a professional boxer, but his hopes were dashed by injuries in a road accident.

In 2000 he opened a locksmith business in South London.

Now 54, Lee is due to get married this summer to his partner, Jess. 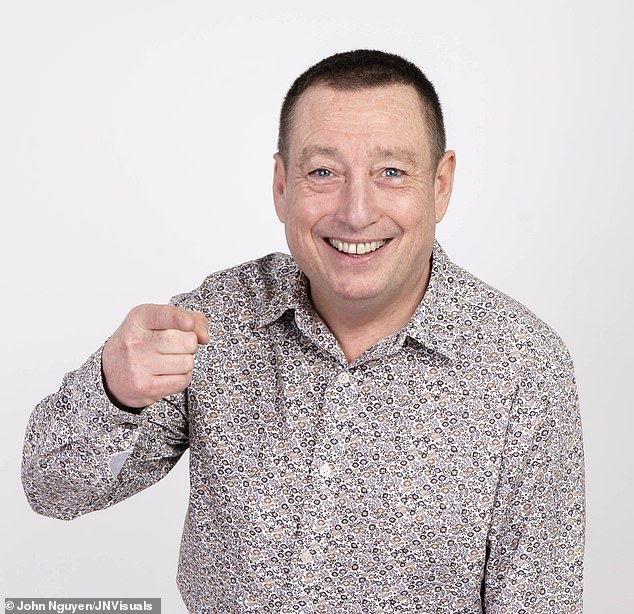 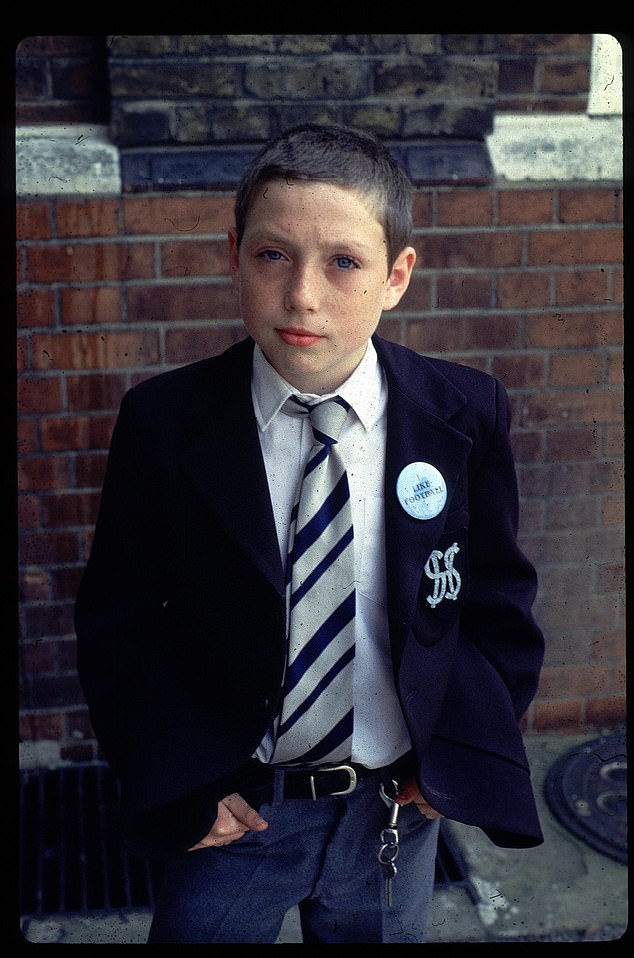 Lee as Zammo in Grange Hill

After leaving the show, where she had played rebellious pupil Suzanne Ross for four years, Susan was cast in EastEnders as 16-year-old Michelle Fowler who became pregnant by ‘Dirty’ Den Watts.

Since Susan took her talents behind the soap’s cameras in the 1990s, she has become one of television’s leading directors, with credits that include Lark Rise To Candleford, Secret Diary Of A Call Girl, Silent Witness and Line Of Duty. 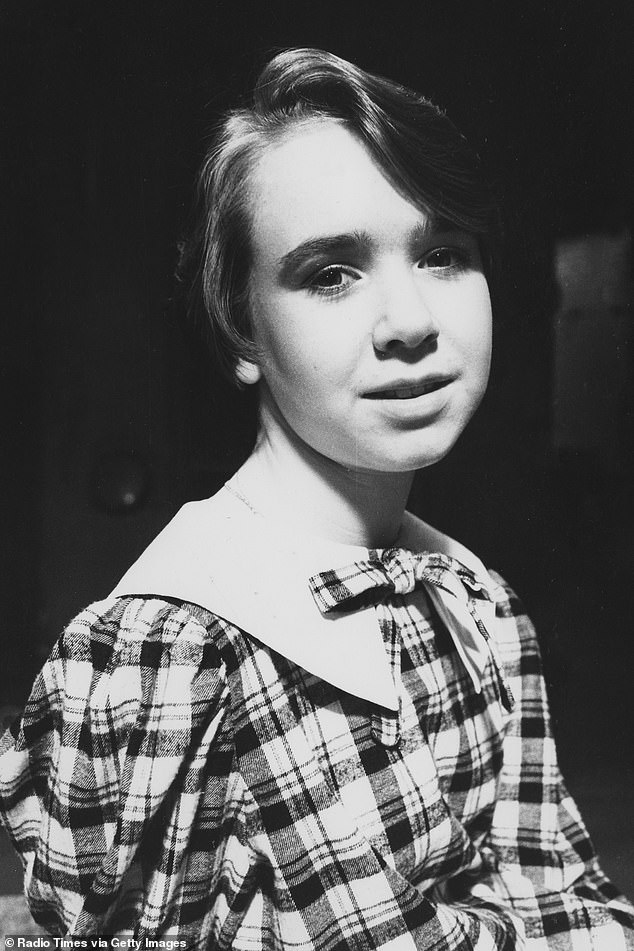 Having played Grange Hill’s scariest thug, who was eventually expelled for bullying black pupils, Mark said his life was made ‘hell’ by the show’s fans, who even attacked him in the street.

‘It was open season on Gripper,’ he says.

Mark has continued to act in theatre and film. 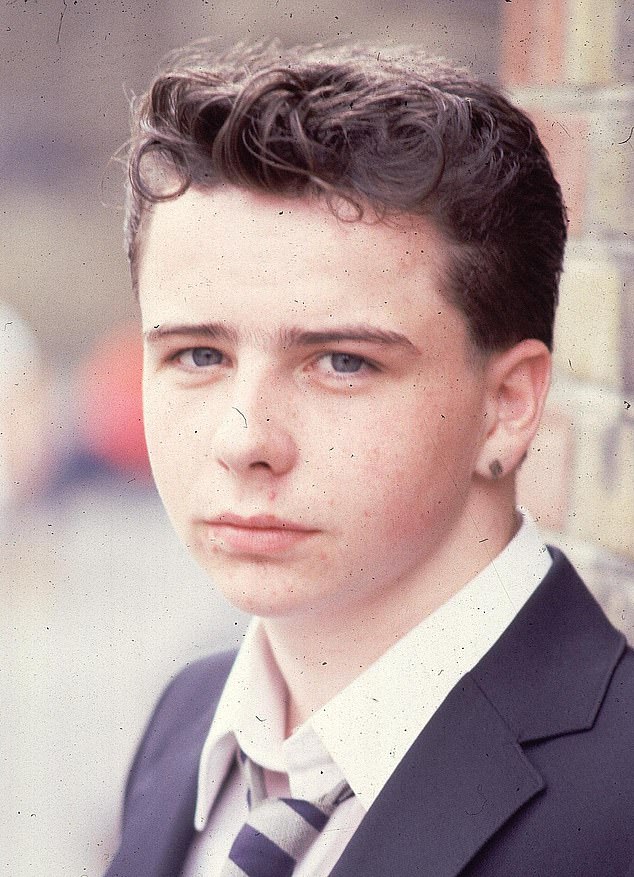 More than 30 years on from playing Grange Hill’s head teacher – she left in 1991 – Gwyneth remains in touch with many of her ‘pupils’, as she calls them.

Now aged 76 and married to actor Alan Leith, she appeared in BBC1’s Not Going Out earlier this year, playing a juror. 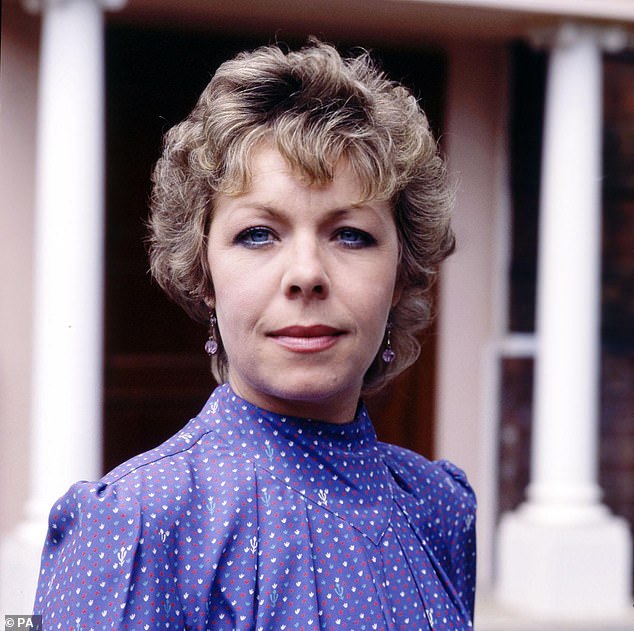 Sean joined Grange Hill at the age of 11, and subsequently played an apprentice footballer on EastEnders – the episode in which his character, Aidan, who had turned to drug abuse, tried to take his own life, was watched by a massive 23 million viewers.

Sean later moved to Hollywood, appearing in the sitcom Eve, and played Robin Hood in the series Once Upon A Time.

He lives in Los Angeles with his wife and three children, and runs an acting school. 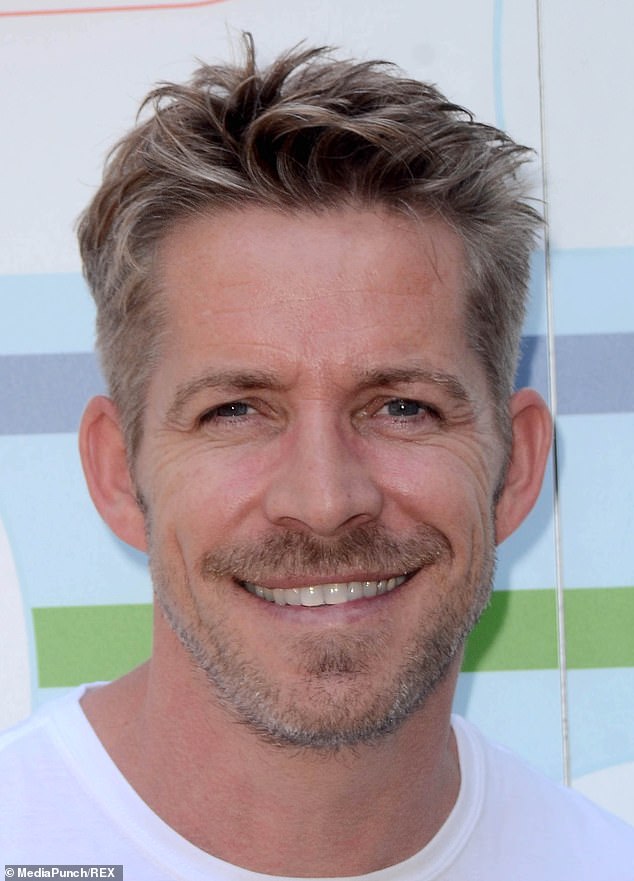 Now 52, he is an English teacher in Warsaw. 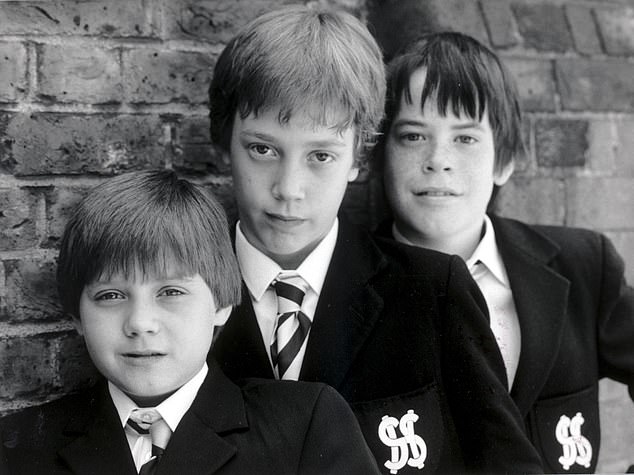 George played Northern scamp Ziggy, and later appeared in soaps such as Brookside.

‘I guess I was typecast from Grange Hill a bit,’ he says.

The 51-year-old is now a support worker at a psychiatric hospital in Liverpool. 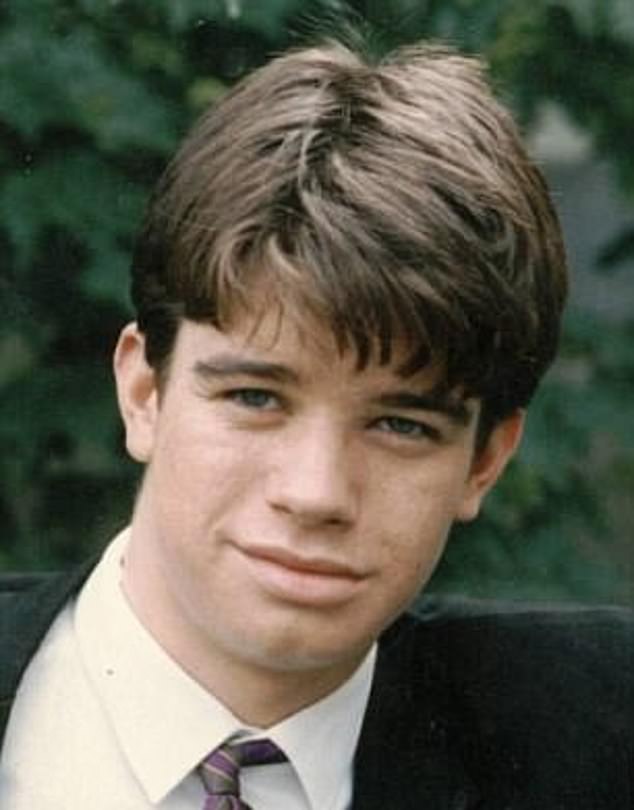 Michelle left acting at 16 and later settled in Dundee with her husband where they run a glaziers business. 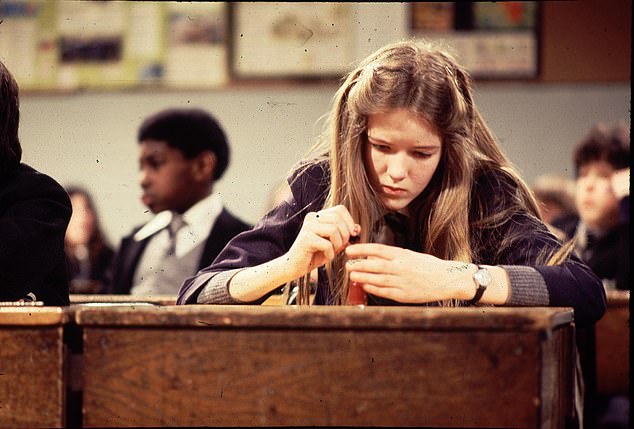