Smoke on the water and fire from the sky: Topsy-turvy Sydney day will see thick haze replaced by huge rain bomb and lightning storm that could spark bushfires

By Charlie Coë and Alana Mazzoni For Daily Mail Australia

The smoke haze blanketing Sydney is set to be replaced by a massive rain bomb and more thunderstorms that could spark bushfires across New South Wales on Tuesday.

Sydney’s CBD was hit late on Monday night by a storm which rolled through at about 10pm – and another strong cold front is expected to bring strong winds and lightning strikes to the state’s south-east.

The Bureau of Meteorology has issued a severe weather warning for damaging winds and said the thunderstorms could hit the coast by late Tuesday afternoon. 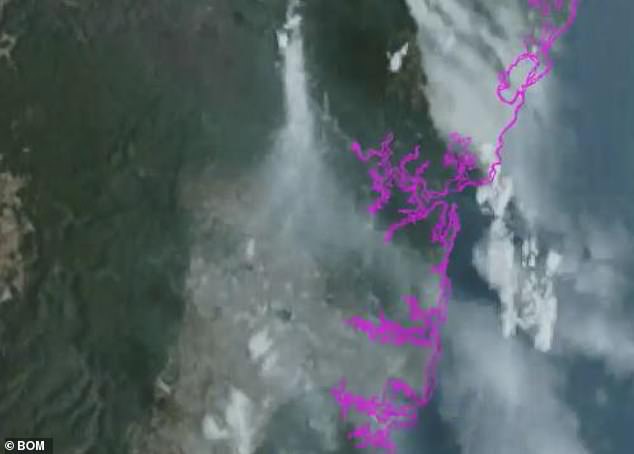 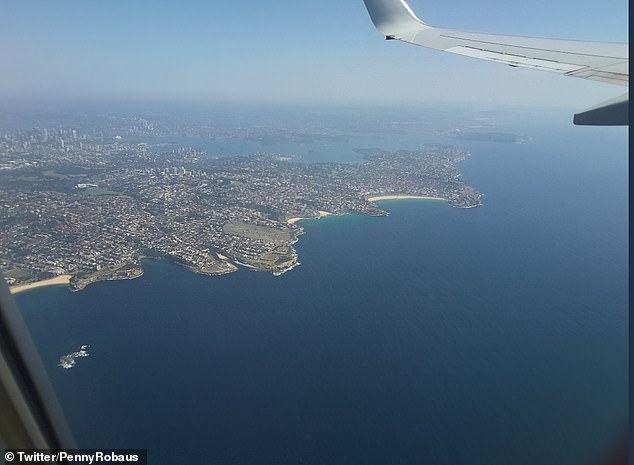 While the severe weather warning is only in place for the Illawarra region as of 11am on Tuesday, BOM forecaster Abrar Shabren said the state capital was also in the firing line.

‘There is the possibility for more warnings later in the day and Sydney looks like it will have thunderstorms in the later part of the afternoon and into tomorrow morning,’ he told Daily Mail Australia.

‘We will still see some smoke haze and poor air quality but as the storms come through it will bring a cool change and likely clear it out again.’

The NSW Rural Fire Service are anxiously waiting to see if lightning strikes across the state on Monday night have sparked more bushfires.

‘Not exactly what we wanted to see,’ the service tweeted after the state was hit by a number of storms on Monday evening.

The RFS will investigate whether the evening’s storms sparked more fires, after aircraft spent Monday searching for new blazes sparked by thunderstorms on Sunday night. 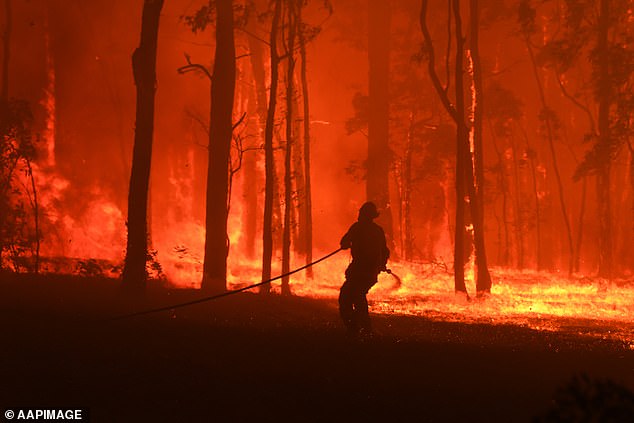 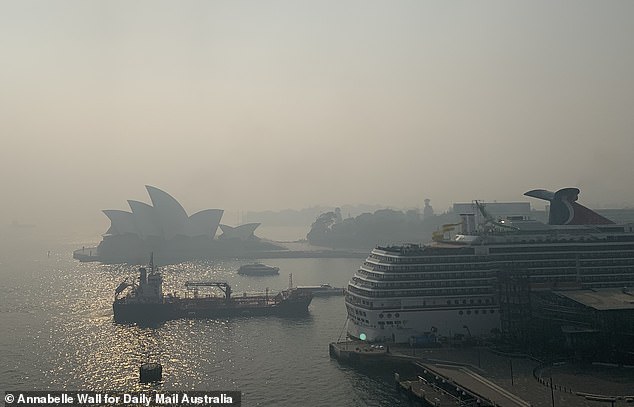 ‘We will still see some smoke haze and poor air quality but as the storms come through it will bring a cool change and likely clear it out again,’ BOM forecaster Abrar Shabren said (haze pictured last Thursday)

More lightning strikes could light fires on the mid-north coast and northern tablelands.

‘We have an inland trough hovering over the north-east – we’re possibly looking at severe thunderstorms there as well,’ the BOM forecaster said.

He said there could be some isolated rainfall and some hail predicted for parts of the state, which would bring some relief for bushfire-threatened towns.

Hail has already fallen over Sydney’s north shore and Galston in the Hornsby region on Monday night, with Hornsby itself receiving 20mm of rain. 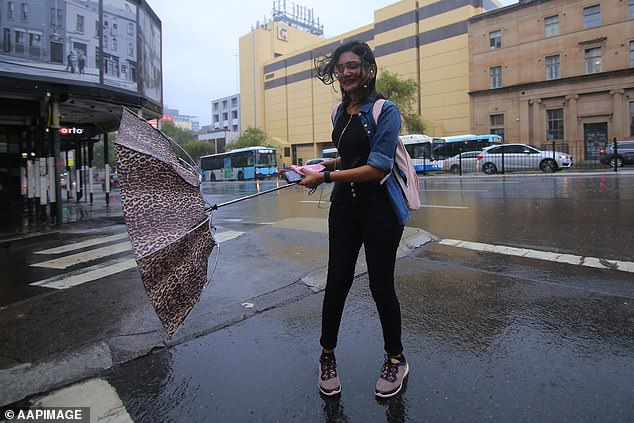 Hail has already fallen over Sydney’s north shore on Monday night, with Hornsby itself receiving 20mm of rain overnight (stock image of a storm in central Sydney)

The CBD was struck just after 10pm on Monday.

There will be temperatures of up to 33C in the CBD on Tuesday, and 36C in the western suburbs.

Grafton in the state’s north is expected to see temperatures of 36C on Tuesday, before a cold front on Wednesday brings a 10C drop.

Sydneysiders will get a reprieve from the wet weather by the end of Tuesday night, before Wednesday is expected to see an average November high of 23C. 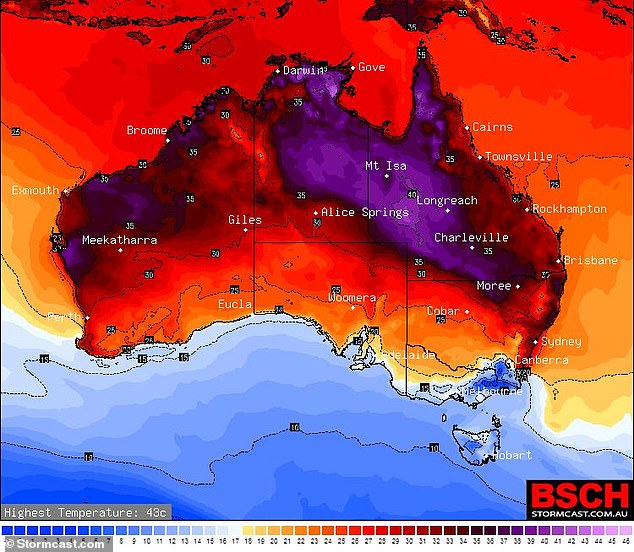 The stormy conditions will be offset by temperatures of up to 33C in the CBD on Tuesday, and 36C in the western suburbs

BOM forecaster Katarina Kovacevic said Glen Innes in the Northern Tablelands received 60mm of rain between 9am on Sunday and Monday morning.

‘We’ve also seen storms today through areas in the north. The highest rainfall total was in excess of 70mm at Mount Seaview near Port Macquarie,’ she said.

A severe thunderstorm warning has also been issued for parts of the Blue Mountains, Hawkesbury, Maitland and Cessnock areas.

The bureau is warning residents to prepare for heavy rainfall and large hail, but said what will cause the most damage is strong wind gusts.