Tormented boy, 14, at wits end after months of bullying made him wish he was dead

A teenage boy had his pants pulled down, custard thrown all over his uniform and was told the ‘world would be better without him’, in a harrowing bullying experience which has left him wanting to take his own life.

The distressed boy, 14, who asked to be known as BJ, used to love going to school – but that all changed at the beginning of the year when the vile schoolyard bullies decided he would be their next target.

And, on Tuesday, the young boy from the NSW Hunter Valley threatened to kill himself if his parents made him go back. 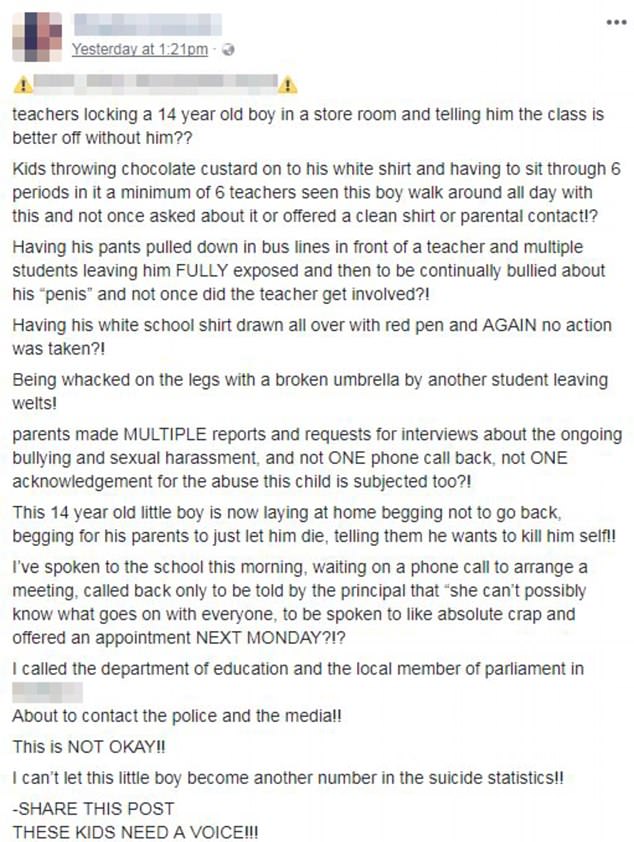 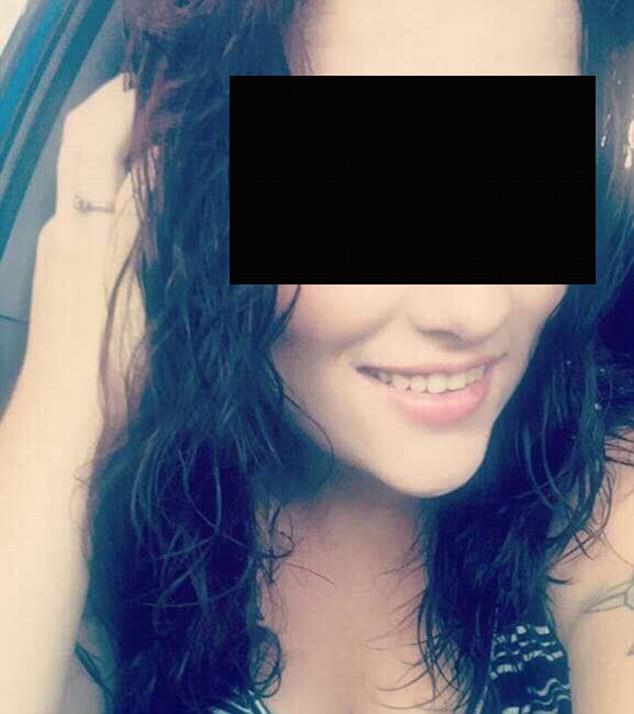 His sister Clare told Daily Mail Australia he went from being a happy kid with an amazing attendance record to staying home twice a week and crying every day.

‘I was ready to give him a stern word on Tuesday when mum couldn’t get him to school again – but as soon as he saw my face he lost it.

‘He said ‘Please don’t let me go to school, if they send me to school I will kill myself. The people at school are right the classroom is better without me – if you make me go I have to kill myself.’

The bullying started after the Christmas holidays, according to Clare who has six children of her own.

‘He is a bigger boy so it was mostly verbal stuff, it was mean but we were not too concerned but then it escalated and nothing happened to stop it.’

The angry big sister tried to contact the school, the Department of Education and the local MP about the bullying and is still ‘waiting to hear back’.

So – in a fit of frustration she took to Facebook to express her disgust, outlining the horrific abuse her brother copped at school. 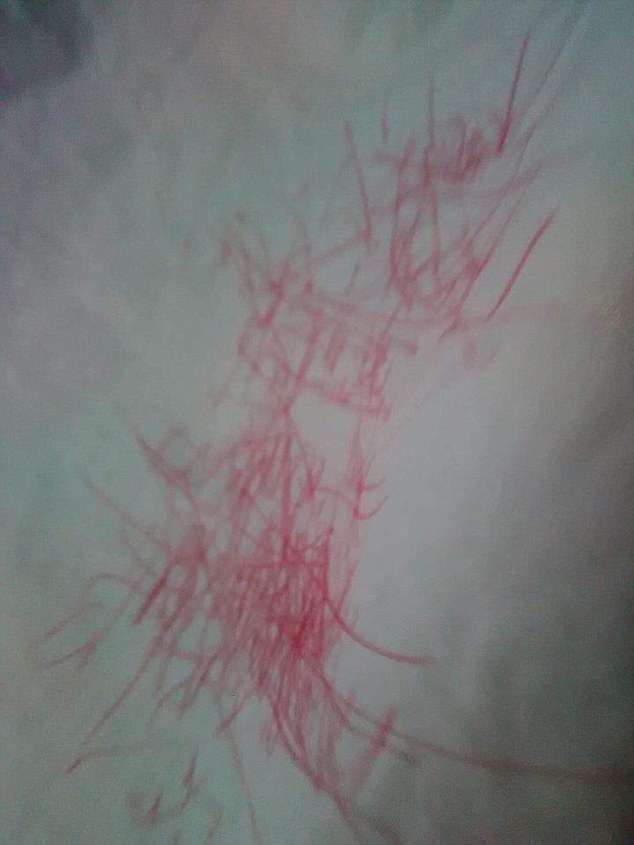 ‘Kids throwing chocolate custard on to his white shirt and having to sit through six periods in it a minimum of six teachers seen this boy walk around all day with this and not once asked about it or offered a clean shirt or parental contact!?’

‘Having his pants pulled down in bus lines in front of a teacher and multiple students leaving him FULLY exposed and then to be continually bullied about his “penis” and not once did the teacher get involved?!

‘Having his white school shirt drawn all over with red pen and AGAIN no action was taken?!

‘Being whacked on the legs with a broken umbrella by another student leaving welts!,’ she wrote.

Clare said the most difficult thing for her to understand was the teachers’ reactions. 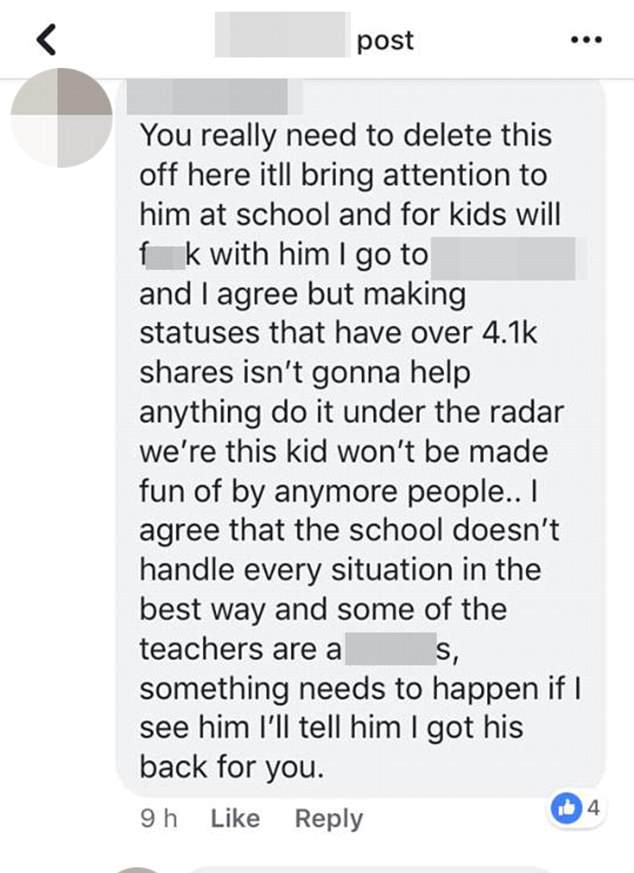 Some classmates appeared to admit to knowing the bullying was happening – and commented on the post. 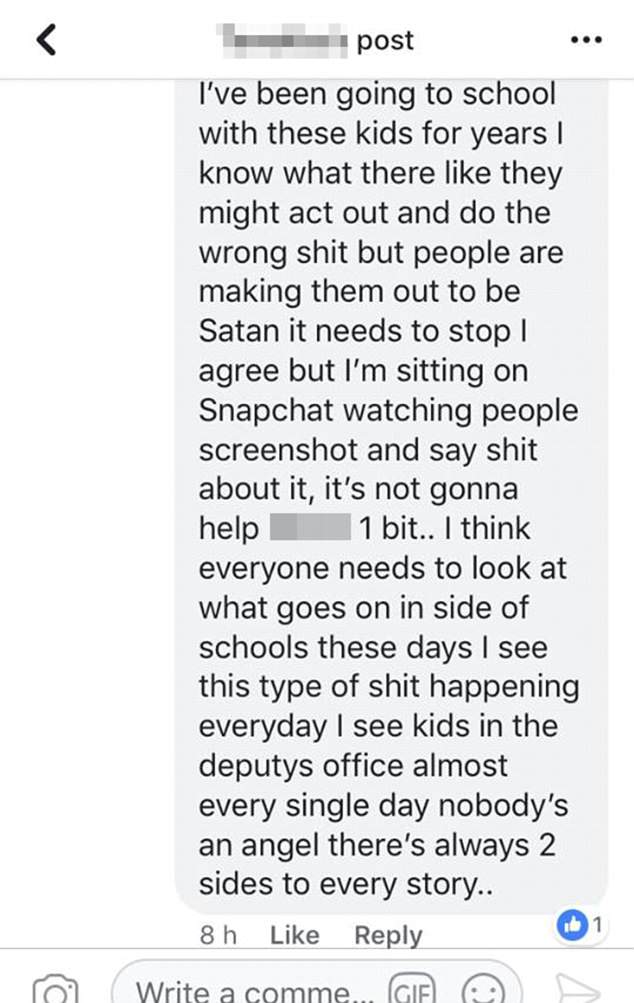 ‘How can so many adults walk past a kid with chocolate all over his shirt and not think to ask what’s wrong, or if he needed a change of clothes,’ she said.

‘One girl who goes to the school sent me a message to tell me all the kids were sharing my post over Snapchat – and laughing about it,’ she said.

‘But then she named a child and said it was only going to make it worse for him – but she didn’t name my brother so that made me wonder how many kids are being treated like this.’

Clare’s parents pulled BJ out of school on Tuesday after he broke down, and are looking to move house so he can go somewhere else.

‘He has never been bullied before, and has been to two primary schools and a high school so this was all out of the blue.’

She says her mother is concentrating on BJ and his mental health – and hope his story helps change things for other tortured children at high school.

Since Clare out up the post she has heard back from the Department of Education who told her ‘the principal is happy to set up a meeting’.

Clare is frustrated the family had to share their story online before being given the opportunity for a meeting. 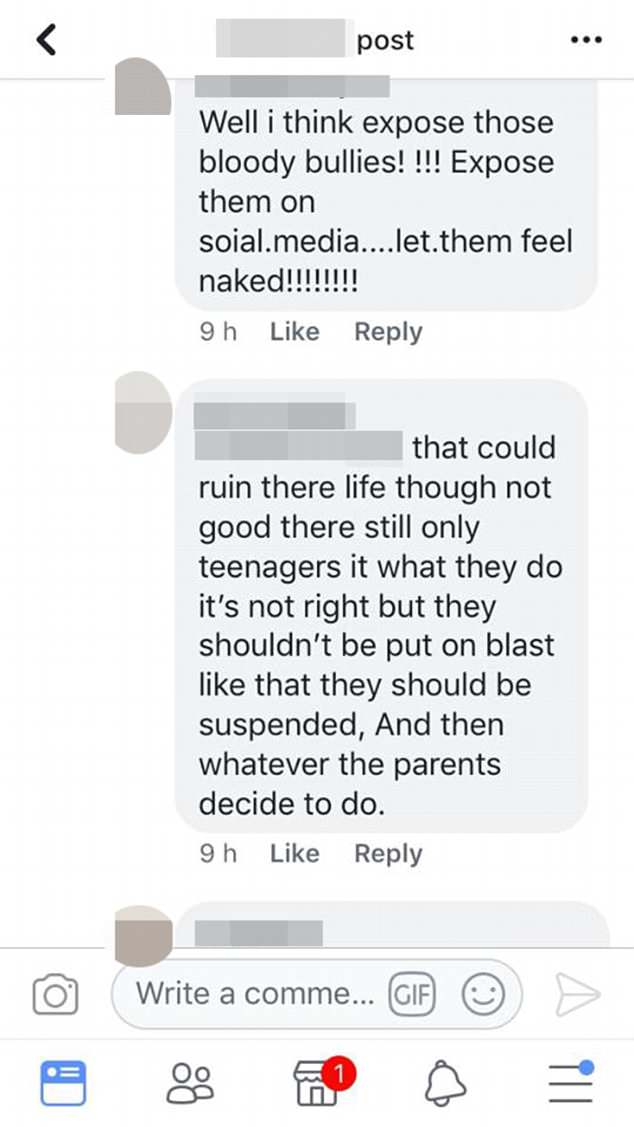