At least six tornadoes stemming from Hurricane Irma have touched down across South and Central Florida, reports indicate.

CNN reports that six tornadoes have hit eastern Florida, including one at Fort Lauderdale-Hollywood International Airport. No planes were out when the tornado struck.

At least six mobile homes in Palm Bay were destroyed and more were damaged by a tornado. Palm Bay is a city on Florida’s Atlantic coast that lies 160 miles north of Miami and 59 miles southeast of Orlando.

Despite the extensive property damage, no injuries were reported, according to the Orlando Sentinel.

Palm Bay officer Dustin Terkoski walks over debris from a two-story home at Palm Point Subdivision in Brevard County, Florida after a tornado hit the area on Sunday. Six tornadoes stemming from Hurricane Irma have hit Florida so far 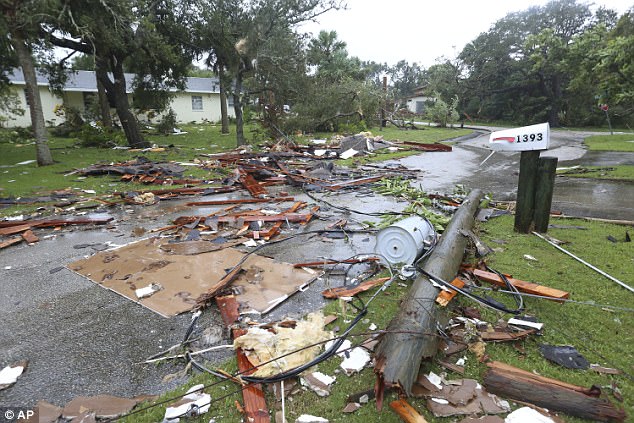 Debris from a second story roof is scattered over a two-block area. The tornado that hit Palm Bay destroyed six mobile homes 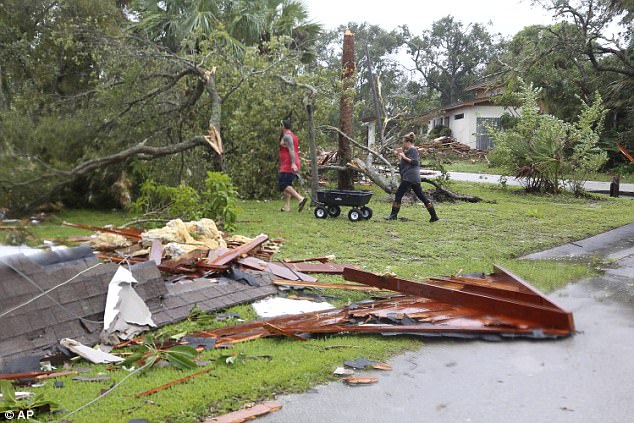 More debris from a second story roof is pictured. The tornado entered the coastal city with wind speeds of 85mph

The tornado that hit destroyed the homes carried wind speeds of up to 85mph. It blew roofs off of homes as it ripped through the city.

An area resident told the Sentinel: ‘We boarded up our house, but that’s not going to keep a tornado out.’

Meteorologists from WFTV are saying that more tornadoes will hit Central Florida, or the area around Orlando, as Hurricane Irma moves northward.

The National Weather Service is warning people to stay indoors, and wind gusts of up to 70mph are expected to hit Orlando, which anchors a metropolitan area of 2.4million people.

Tornado warnings have been issued across Florida, including in Brevard County and Boca Raton. 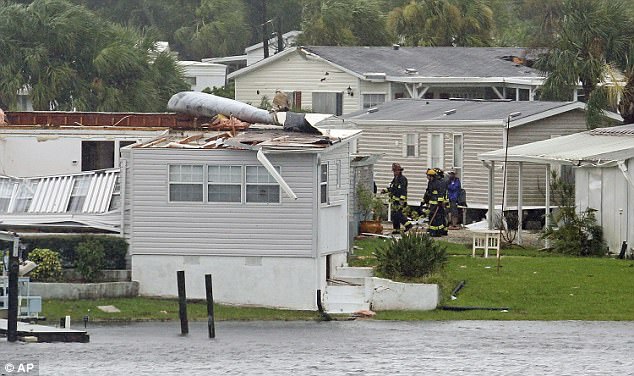 Palm Bay firefighters are pictured going house to house at Palm Bay Estates on Sunday. Palm Bay is on Florida’s Atlantic coast and is 160 miles from Miami and 59 miles from Orlando 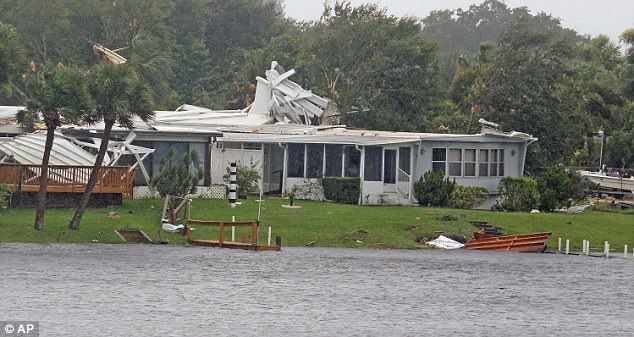 Pictured is damage to a mobile home. The National Weather Service is warning that wind gusts of up to 70mph could hit Orlando

Palm Bay Public Works moves debris from a second story roof. No injuries from the tornado have been reported 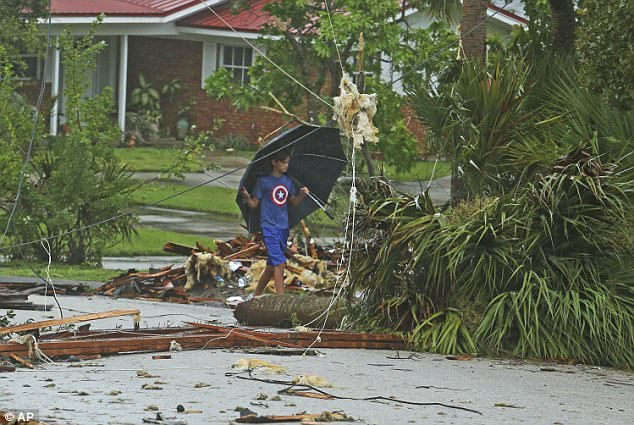 Aden Alcroix-Camper, 11, walks through debris from the tornado. Meteorologists warn that more

The National Weather Service said that the tornado in Palm Bay likely originated as a waterspout on the Indian River Lagoon.

A waterspout is, broadly speaking, a tornado that originates over water. Severe ‘tornadic’ waterspouts, as opposed to ‘fair weather waterspouts’, originate in thunderstorms.

The hurricane front could have interacted with a thunderstorm front, triggering multiple supercells, or thunderstorms with mesocyclones.

These supercells develop along the wall of the eye of the storm, which is the area of calm around which a hurricane violently flows.

A mesocyclone is a specific sort of air vortex that can, under specific conditions such as hurricane weather, become a tornado. 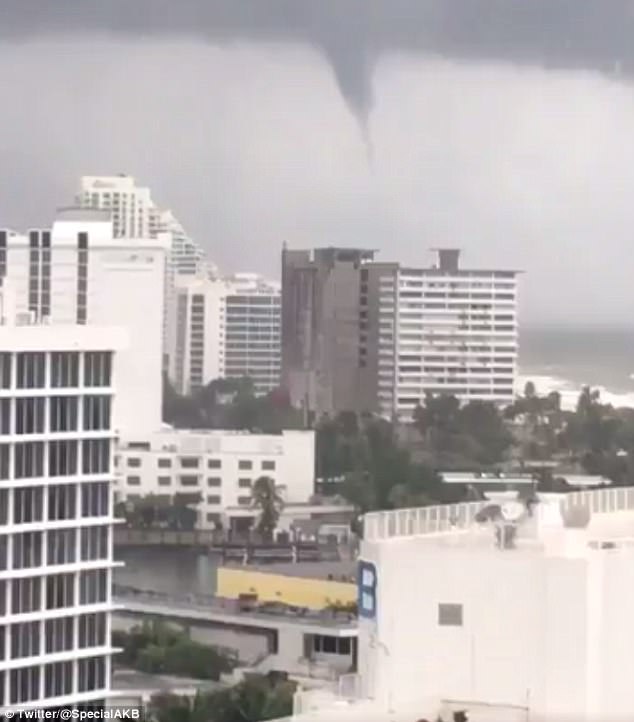 Pitcured is a tornado over Fort Lauderdale on September 9