The Toronto-born sons of Russian spies are fighting to keep their Canadian citizenship.

Tim and Alex Vavilov were born in Canada and moved to Boston as children where they grew up, attended high school and eventually enrolled in college – the same as countless American kids do every year.

But their lives were shattered in 2010 when the FBI arrested their parents Donald Heathfield and Tracey Ann Foley for being part of a secret spy ring.

Donald and Tracey, real names Andrei Bezrukov and Elena Vavilova, were revealed to be KGB-trained secret agents, reporting back to Moscow, living clandestine lives as deeply embedded spies who are the models for the TV show ‘The Americans.’

Alex Vavilov, right, and his older brother brother Tim (pictured leaving a federal court after a bail hearing for their parents Donald Heathfield and Tracey Ann Foley, in Boston, Massachusetts in 2010) are fighting to keep their Canadian citizenship

Their parents were deported back to Russia, Alex, 23, a recent university graduate, and his older brother Tim are fighting to keep their Canadian citizenship – granted to them at birth when they were born on Canadian soil.

While there is no evidence they knew of their parents undercover identity, according to their lawyer, the Canadian government insist the brothers are not entitled to citizenship because being them being ‘Canadian by birth’ is based on a fraud as the family lived under stolen identities. The government has appealed to the Supreme Court to annul their passports.

Their supporters say sons shouldn’t pay for the sins of their parents.

The case is another reminder of the Cold War hostilities that are surging throughout the world in an era when Russia is accused of poisonings in Britain and interfering in elections – accusations it denies. Some argue Canada shouldn’t be quick to forgive the case of the Russian spy couple who lived under deep cover in North America. 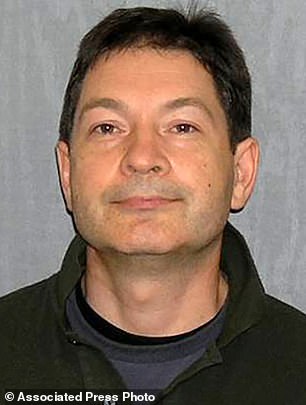 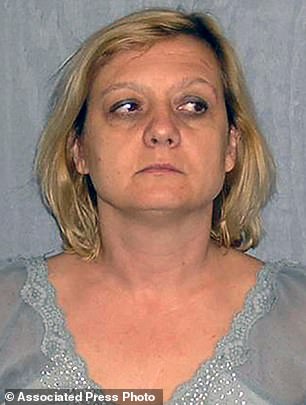 ‘We shouldn’t be doing anything to encourage activity by the Russian intelligence service, particularly in terms of what’s happened recently with the poisoning of individuals,’ said Richard DesLauriers, the FBI agent who oversaw the arrests of the parents, Andrey Bezrukov and Elena Vavilova, in 2010 along with eight other members of the spy ring around the U.S.

The court agreed earlier this month to take up Alex Vavilov’s case and will rule on whether the government has the discretion to take away his citizenship. If it finds in Alex’s favor, it would likely allow his older brother Tim to retain his Canadian citizenship as well. The case presents unique set of circumstances.

Canada, like the U.S., grants citizenship to anyone born within its territory with limited exceptions such as the children of diplomats. The government argues that Vavilov’s parents were employees or representatives of a foreign government and thus ineligible. But the attorney for the brothers says they were not official representatives and that all that matters in this case is their physical birthplace.

‘The right to citizenship is a fundamental right when you are born here,’ said Toronto-based lawyer Hadayt Nazami. ‘You can’t punish children for something their parents did. You just can’t. It would be terrible if Canada did that.’

The parents came to Toronto in the 1980s and took the names Donald Heathfield and Tracey Ann Foley. They then gave birth to Tim in 1990 and Alex in 1994 before moving to Paris in 1995 and then Cambridge, Massachusetts in 1999.

‘The kids were given that name under false pretenses,’ said David Heathfield, whose deceased younger brother Donald had his identity stolen by Alex’s father. ‘They shouldn’t get to keep their citizenship.’

In 2010, the FBI busted a ring of sleeper agents for Russia that it had been following for years in the United States. All 10, including the now well-known Anna Chapman, pleaded guilty and were returned to Russia in a swap.

Alex and his brother maintain they didn’t know their parents were Russian let alone Russian spies. The family’s story became the inspiration for ‘The Americans,’ now in its sixth and final season on the FX network. 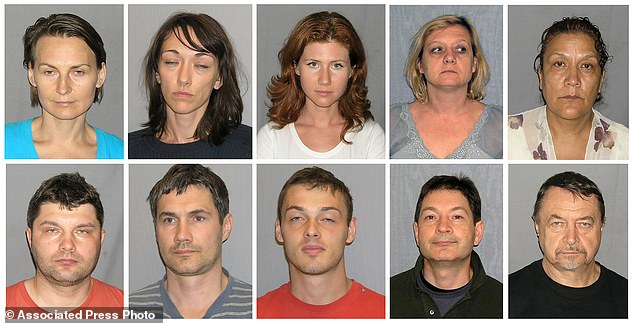 Alex Vavilov is now actively trying to find a job in Canada and has visited with his Canadian passport. He declined to be interviewed through his lawyer who claims not to know where Alex lives. In court documents he claims to spend as little time in Russia as possible and in an interview with the Canadian Broadcasting Corp. Alex portrays himself as a university graduate who wants to work in Canada’s banking sector and get married and raise a family.

‘I don’t pose a threat. I’m a Canadian citizen and I’m here to make my own life,’ he told the CBC recently.

DesLauriers, the FBI agent, said in 2010 that Tim may have found out about his parents’ secret life before they were arrested. But this week DesLauriers said he ‘could not pinpoint the specific facts that led me to make that judgmental decision on that.’

‘It’s hard to say what the kids knew and at what point they knew something,’ he said.

The brothers weren’t charged and their lawyer said no evidence has ever surfaced suggesting they knew. The FBI believed the parents were building a false identity in Canada in an effort to eventually spy in the U.S. Prosecutors said their father met in 2004 with an employee of the U.S. government to discuss nuclear weapons research.

Alex wanted to return to Canada for university but was denied. The government ruled that Canada would no longer recognize him as Canadian because his parents were ’employees or representatives of a foreign government.’ Alex appealed but lost at the Federal Court. But the Federal Court of Appeal ruled last June the law only applies to foreign government employees who benefit from diplomatic immunities or privileges. Alex was given his citizenship back.

A hearing in Canada’s Supreme Court is scheduled for early December.

Richard Fadden, the former National Security Adviser to the Prime Minister of Canada and the ex-head of the country’s spy service, said if CISIS, Canada’s spy service, deems they are not a threat they should be allowed to keep their citizenship.

Bob Anderson, a former FBI assistant director, said Canada is are far more lenient than the U.S., which stripped citizenship from Alex and his family after the arrests of the Russian spy ring.

‘I was totally for kicking everybody out of the country and not letting anybody maintain their citizenship just because of how nefarious the acts were,’ he said. ‘Canada is much more liberal when it comes to that stuff.’