Toronto musician is accidentally buried by the WRONG family

Scott Cushnie, 80, was accidentally buried by the wrong family in August. The musician, who was legally blind, had not yet been reported missing by his own family and the worried relatives of another man were notified when he was found after falling in the street with no ID on him. The other man, who has not been named, returned home alive this month

A Toronto pianist who toured with Aerosmith and played with Ronnie Hawkins has been buried by the wrong family after being mistaken by them for their missing relative.

Scott Cushnie, 80, was reported missing on August 29. He lived alone, had never married, had no children and was legally blind.

At the same time, another elderly man from the same city also vanished.

On August 7, an elderly man police now believe was Cushnie fell as he walked down the street. He was taken to hospital by an ambulance which was nearby and saw the accident but he died soon afterwards.

Because he had no ID on him, police were unable to identify him. Instead, they appealed to the family of the other man who had already reported him missing.

That family went to the morgue, positively ID’d Cushnie and then held a funeral for him.  They were stunned when their real relative showed up alive this month after not having been seen for two months.

Horrified that they had buried the wrong person, they contacted the police who reviewed what they found on the man’s body after the fall.

One of the few items he had on him was a key fob which accessed Cushnie’s building.

Records indicate that the musician last used his fob ob August 7, 20 days before he was reported missing.

Police in Canada have refused to name the other family in order to protect their privacy.

Details of the funeral are not known but Cushnie’s relatives and loved ones say they are relieved he was given a proper send-off, allbeit in someone else’s name.

Until now, they still thought he was missing and had grown increasingly worried about what might have happened to him. Among their fears was that he might have been killed and buried somewhere by murderers or muggers. 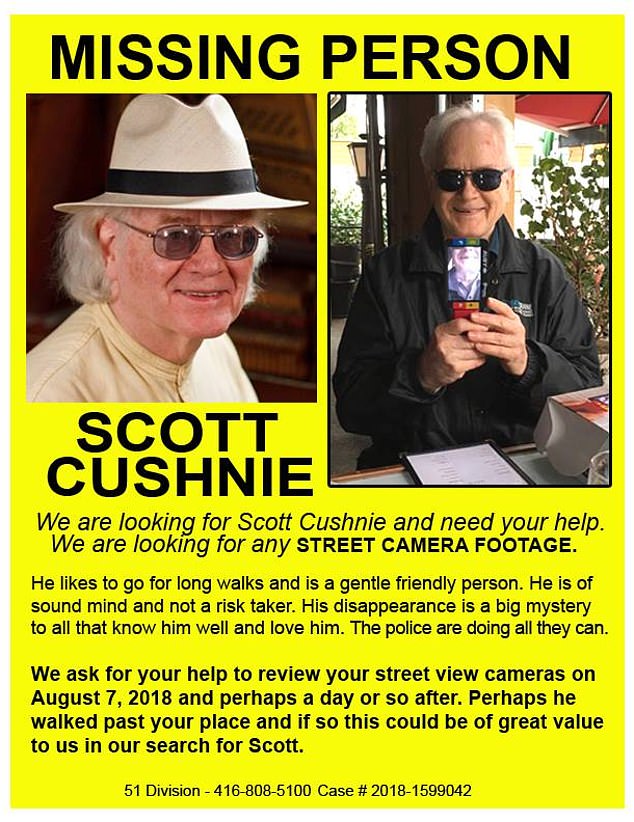 ‘In a lot of ways this was actually a big relief, because I wasn’t under the impression that he was alive any more and my fears about what could have happened to him were running rampant.

‘To know that an ambulance was right there when he had his accident, and he was given immediate care, and he’s been cared for this whole time, was actually a really nice comfort,’ his long-time friend and student Andrea Reid told the BBC.

Cushnie’s niece, Liz Hale, said they would like to talk to the other family but have not yet been put in touch.

‘It is such a strange situation. We’d like to talk to that other family.

‘My mom and his other sister especially are really saddened by it all, and we are just hoping that we can move on, and celebrate his life with his friends and fellow musicians,’ she said.

She added that her uncle had a strong sense of humor and would likely have found the mix-up funny. 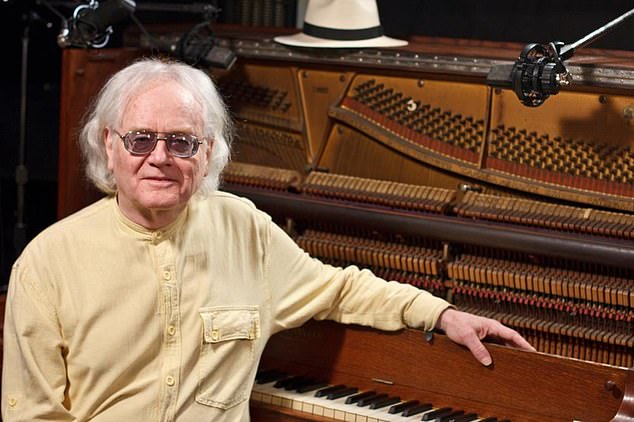 The 80-year-old had played with Aerosmith and Ronnie Hawkins but shunned fame and fortune to live modestly and dedicate himself to music, his friends say

‘He was a man with an incredible sense of humor… if he had read about this story he would have had a laugh,’ she said.

‘Scott had a very unique life and for him to have a unique ending, I guess it seems appropriate in a lot of ways,’ she told The National Post.

Now, police plan to exhume the man who was buried in August to confirm their suspicions.

Cushnie was proudly independent and was known to switch off his phone for days at a time, according to friends.

He was a ‘gentle’ and ‘kind’ man who loved ones say had plenty of opportunities to become famous but chose to steer clear of fame and glamour and focus only on music.

In 1975, he recorded several songs with Aerosmith including two tracks on their album Toys in the Attic.

He went on tour with the band afterwards and, while he liked them, did not enjoy life on the road, his friends said.

‘He loved the Aerosmith guys but didn’t love the scene, especially in the 70s. It wasn’t really his music. He wasn’t a hard rocker.

‘He was a very gentle and kind man,’ said Reid.