The timing could not have been worse. With local elections looming, the Government finds itself assailed by a damaging and fast-moving news story that has a worrying racial element: the Windrush debacle.

In politics, perception is crucial. And with Brexit already unpopular in cities such as London and Manchester, the merest hint that the Conservative Party is unsympathetic to black and Asian people could prove as costly in terms of votes as it is inaccurate.

I have a personal stake in this row. I am a Conservative member of the London Assembly, and when my mother came to the capital from Jamaica in 1964 she didn’t have her own passport. She was included on her parents’ travel documents – as children were at the time. 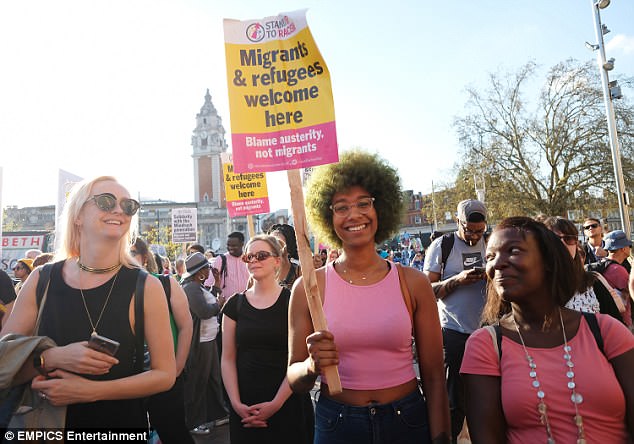 he treatment of the people affected by the Windrush controversy has been appalling and the Government’s reaction has been slow, but it is time to put the episode into perspective

Like many others, the paperwork didn’t matter to my family. They considered themselves British. My grandfather fought for the Allies in the Second World War and, when he left the Caribbean for a new life in England, he felt he was simultaneously leaving home and coming home.

But those were the days when ‘No Dogs, No Blacks, No Irish’ signs were a common sight outside pubs and boarding houses, and it hurt my family deeply that they weren’t always given the warm welcome they expected. They had, after all, been invited to help rebuild a country shattered by war. Their passage on ships such as the Empire Windrush was subsidised by the British state.

I have thought of my family and their friends’ struggle over the past week.

Yes, the treatment of the people affected by the Windrush controversy has been appalling and yes, the Government’s reaction to the gathering storm was slow. But now the Prime Minister has guaranteed a substantial response, setting up a task force to put matters right and taking action to make sure no one is left out of pocket and that the Windrush children’s rightful place in this country is restored.

But it’s time to put the episode – as regrettable as it has been – into perspective. Over the past week I have been immensely heartened by the huge outpouring of anger from all quarters of society.

This shows that, more than half a century after the first big influx of immigrants from the Caribbean began to arrive, Britain has accepted them.

The sad thing is that it has taken a calamitous administrative blunder for it to be finally recognised that they really are as British as they always felt.

Just look around. Britain has embraced immigrants as they have embraced life here.

We have black and Asian MPs, Lords, lawyers and teachers. Millions pay to watch black and Asian sports stars every week or idolise black showbusiness celebrities. Last week’s Commonwealth Heads of Government Meeting reminds us all that the Commonwealth is both a family – the gentle links of kin and friendship – and a hard-headed business network. 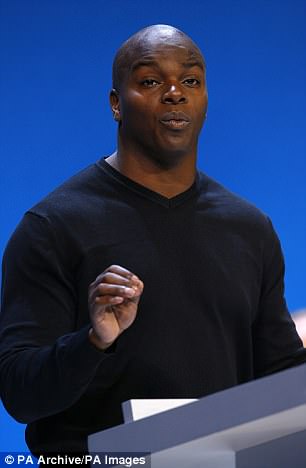 Shaun Bailey, pictured, believes the Conservative Party should be given an opportunity to prove themselves after the Windrush scandal

It is a mark of how far we’ve come that next month a mixed-race American divorcee is set to marry into the central pillar of our Establishment – the Royal Family. Yet there has been barely a ripple of dissent about Meghan Markle’s engagement to Prince Harry.

But the political heat and fury of the Windrush row should serve as a warning to Conservatives – and to the other parties, which in truth have a much poorer record on race. If we are ever to be regarded as truly inclusive we must embrace, and be seen to embrace, people regardless of creed, colour or social class.

The Tories already have much to be proud of. We are on our second woman Prime Minister, we have a hatful of black and Asian MPs and peers, but we still have a lot of work to do if we are to convince people from council estates and comprehensive schools – just like myself – that we have the answer.

I joined the Conservatives because I believe that all of Britain’s ‘communities’ want the same things: to own their own stuff, to progress in life, to be self-reliant and to have a stake in society both economically and politically. But to do this, we in politics have to be honest. We have to ask and seek answers to difficult questions.

I don’t believe for one moment that the Windrush children whose immigration status has been questioned were ever singled out as targets for deportation. Instead they were caught up by an imperfect policy that was never intended to affect them.

The debacle happened because the issue was never properly debated. I share Theresa May’s view that immigration should be controlled, but because we had signed up to the EU’s freedom of movement, Parliament has never decided how many should be allowed to settle here.

Should immigration increase or decrease? If so, by how much and over what period? What are the benefits and problems? What measures can alleviate them? None of this has been discussed. And everyone is afraid to even mention race.

The Left has seized on a leaked letter from Home Secretary Amber Rudd promising Mrs May she would give immigration officials greater teeth to accelerate deportation. Yet neither woman is remotely racist. In fact, their battle against uncontrolled immigration is both principled and colour-blind. Illegal immigrants are being targeted because they have no legal right to live, work or claim benefits here, not because of their colour.

But Mrs May needs to have confidence to say the Conservative Party is truly inclusive, to encourage far more black and Asian candidates to stand in council and parliamentary elections and take part in all aspects of public life – as magistrates, say, or school governors.

She needs to say that Brexit will give us the opportunity to treat all immigrants as equal – and that Britain provides a golden opportunity to all those who want to work.

In short, she needs to be clear the immigrant dream of hard work and success is indivisible from Conservative philosophy.

And a welcome start will be putting things right with the Windrush children who have done so much for Britain.