A Conservative MP has been charged with three counts of sexual assault against two women.

Charlie Elphicke, 49, was charged today in relation to the allegations, one of which dates from 2007 and the other two, from a second complainant, allegedly took place in 2016. He will appear in court this autumn.

Mr Elphicke, MP for Dover since 2010, was suspended from the Conservative party in November 2017 and was interviewed under caution by police in March 2018 after allegations of sex offences.

But in December ahead of the no-confidence vote in Theresa May, he and Andrew Griffiths the prime minister’s former chief of staff were both registered as eligible voters despite being suspended over allegations of sexual misconduct, to howls of criticism.

Labour MP for Yardley Jess Phillips said at the time the decision to restore the whip to the men who were still under formal investigation was ‘totally despicable’.

Mr Elphicke has vehemently denied claims of any ‘criminal wrongdoing’. 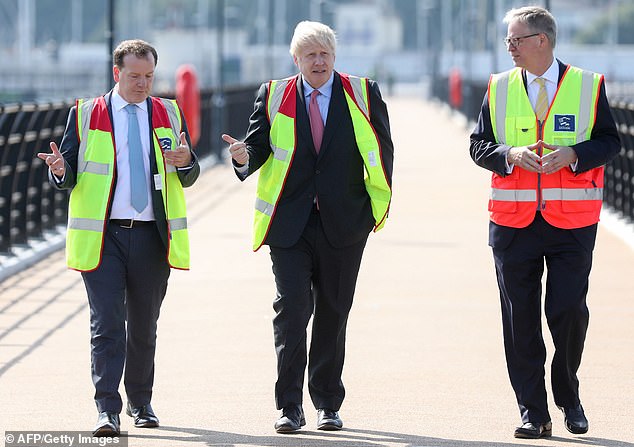 Boris Johnson (C) with Mr Elphicke (L) and Doug Bannister (R), chief executive officer of Port of Dover Ltd during a visit to the port earlier this month

Mr Elphicke’s constituency association chairman, Keith Single, said in a statement: ‘Throughout the last 20 months since these allegations were first made, Charlie has had our full support. That support will continue.

‘Unfortunately, as everyone knows, there have been many recent occasions when, in dealing with matters of this type, the Metropolitan Police and the CPS have pursued allegations which have been proven in court to be entirely untrue.

‘We have no doubt that this will be another one of them and Charlie will be fully exonerated.’

And a source close to Mr Elphicke said : ‘Charlie believes he has been fitted up – he has co-operated with this inquiry for 20 months.

‘At the outset he gave them electronic and paper documents which proved the allegations were fabricated.

‘He is stunned to have been charged, maintains 100 per cent innocence and is confident he will be cleared.’

In December on Twitter Mr Elphicke confirmed he had had the Conservative whip restored. 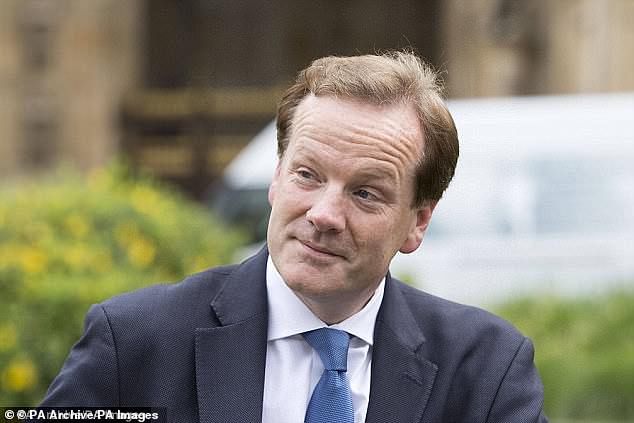 Conservative MP for Dover, Charlie Elphicke, has been charged with three counts of sexual assault

Today a spokesman for the CPS said: ‘The Crown Prosecution Service has today charged Charles Elphicke, MP for Dover, with three charges of sexual assault against two women.

‘The CPS made the decision to charge Mr Elphicke after reviewing a file of evidence from the Metropolitan Police.

‘The CPS reminds all concerned that criminal proceedings against Mr Elphicke are now active and that he has a right to a fair trial.

A Scotland Yard spokesman added: ‘Charlie Elphicke, 49, Member of Parliament for Dover and Deal, was charged on Monday, 22 July 2019 with three counts of sexual assault.

‘Two of the charges relate to one female complainant, and one charge relates to a second woman.

‘Mr Elphicke is due to appear at Westminster Magistrates’ Court on Friday, 6 September 2019.’

Mr Elphicke and Conservative Central Office have been approached for comment.