A Tory MP told Brexit supporters she would report them for harassment after they emailed to complain about her defying the Prime Minister.

Antoinette Sandbach reacted angrily after campaigners contacted her en masse to call on her to resign from the Conservative Party if she is unwilling to stick to its manifesto commitments about leaving the EU.

The former barrister, whose Eddisbury constituency voted 52.2 per cent to Leave, has backed a string of rebel amendments in the Commons.

These include a vote last December when Tory Brexit rebels joined with Labour to pass an amendment that would give Parliament the power to send Theresa May back to the negotiating table if MPs reject the final agreement with Brussels.

Pro-Brexit group Leave Means Leave encouraged its supporters who live near her Cheshire constituency to contact her, asking her to ‘stick to the pledges in her own party’s election manifesto’.

It told them: ‘There are still some Conservative MPs who are seeking to go against the manifesto pledge they stood on just a year ago to leave the single market and the customs union.

‘Antoinette Sandbach is one of these MPs who continues to oppose Brexit.’

Leave Means Leave suggested that its supporters tell Miss Sandbach that ‘if she continues to oppose the result of the democratic referendum of 2016 then she should resign from the Conservative Party’.

In an angry response to individuals who contacted her, she wrote: ‘Your email has been retained as Leave means Leave have breached the GDPR, and I will be reporting them, together with your email, to the Information Commissioner. If you ever contact me again I will also report you for harassment.’

She added: ‘I was re-elected with the highest ever vote share in the history of the constituency (having voted for a meaningful vote during the Article 50 process). I will continue to represent the interests of my constituents which is my duty as a Member of Parliament.’ 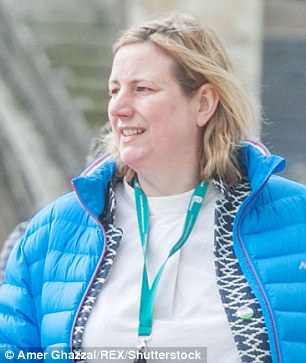 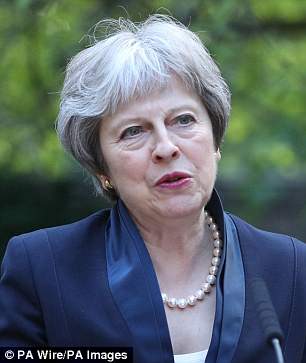 Last night Miss Sandbach denied that her reply had been heavy-handed, as she complained that she had been called a ‘stupid remainer’ and ‘traitor’ in emails.

She said: ‘Mass emails from across the country are in my view in breach of GDPR and prevent me from having proper engagement with my constituents … abusive and threatening emails will always be reported.’

The 49-year-old became an MP in 2015 after previously serving as a member of the Welsh Assembly.

The row comes as the Best for Britain campaign – which aims to bring about a second referendum – is urging activists to ‘press the right buttons’ to frighten politicians into voting against leaving Europe.

It encourages mass phone-ins and letter-writing campaigns to scare MPs with slim majorities into believing they will lose their seat if they support Brexit.