Tory students have sparked outrage by wearing T-shirts defaced to include slogans including ‘F*** the NHS’.

Conservative university society members shocked social media users by uploading a picture to Facebook during a night out on which several of the group displayed the Star of David on their throats.

The religious symbol was the way in which the Nazis labelled Jews to single them out for discrimination during the Third Reich.

The Plymouth University Conservatives marked the beginning of the academic year by donning a Hitler marker pen moustache and scrawling the German word for Jew on a garment.

One student told Mirror Online: ‘This has spread like wildfire throughout the university and has provoked a huge amount of anger. It’s outrageous.’

Young Tory Ross Horton’s outfit includes the Jewish Star of David, what appears to be the word ‘Jude’ and messages mentioning Barack Obama.

Student Josh Hocking displays a message that references US President Donald Trump and Charlie Edleston-Haynes displays a phrase that appears to begin ‘Enoch’ and end ‘right’.

The phrase ‘Enoch was right’ has long been a slogan of defiance for anti-immigration activists keen to defend Tory MP Enoch Powell’s Rivers of Blood speech.

One daubing included the Communist hammer and sickle logo with a heart in front of it and another bore the red and black flag of Anarcho-Syndicalism.

One of the group has ‘JRM 4 PM’ written on his T-shirt, which is likely an endorsement suggesting North Somerset MP Jacob Rees-Mogg should take over from Theresa May. 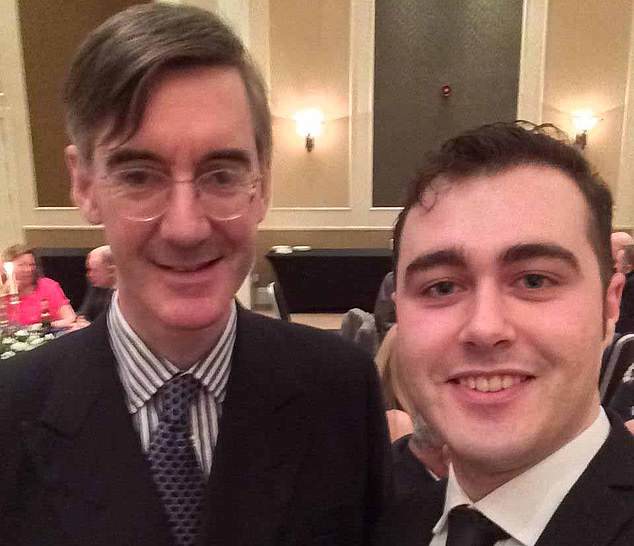 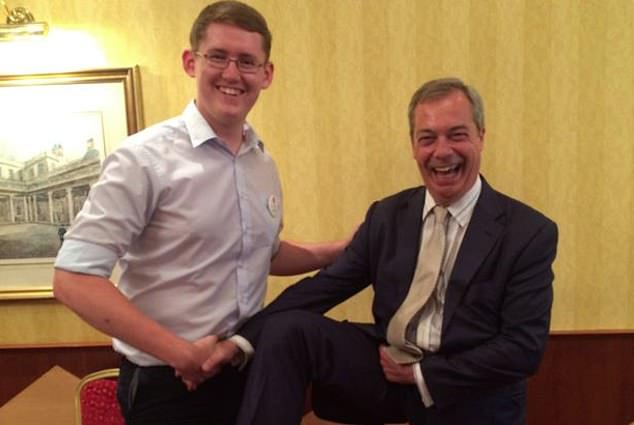 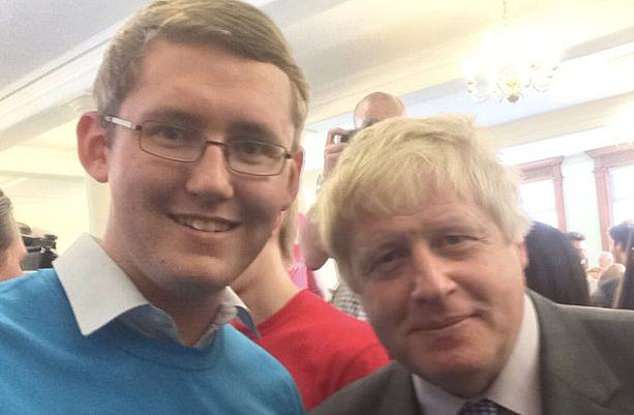 Three of the males in the picture have each been pictured elsewhere with high-profile Brexiteers Nigel Farage, Boris Johnson and Jacob Rees-Mogg.

The Conservative Party is investigating the incident and says it will suspend any members involved.

Plymouth’s Students’ Union has suspended the association ahead of an investigation and said it totally condemns ‘all forms of racism and anti-Semitism’.

A spokesperson for the university said it does not tolerate anti-Semitism or racism and pledged disciplinary action.

It is not known if everyone in the picture that surfaced is a member of the society in question.

Fellow students angered by the incident named some of the people pictured.