Tottenham have it all do to in the second leg of their Champions League semi-final against Ajax after losing 1-0 at home on Tuesday night.

Mauricio Pochettino’s side threw everything they had at Ajax but the Dutch side held on to clinch the victory in north London.

Here, Sportsmail’s SAMI MOKBEL runs the rule over both sets of players at the new Tottenham Hotspur Stadium…

HUGO LLORIS – Made a crucial save to deny Van de Beek. How important might that be next week? 6.5

TOBY ALDERWEIRELD – Would have hoped for an easier night against his old club. Had to stand tall. 6.5

DAVINSON SANCHEZ – Struggled to keep up with the pace of Ajax’s attack. An uncomfortable night versus his former side. 5.5

JAN VERTONGHEN – Worrying scenes as the Belgian was left bloodied and seriously concussed following a collision with keeper Andre Onana. 6 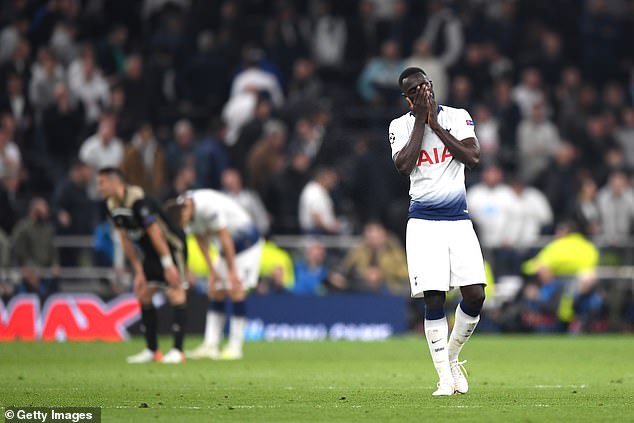 KIERAN TRIPPIER – Needed eyes at the back of his head defensively – and his delivery from wide let him down at times. 6

CHRISTIAN ERIKSEN – Not at the races as Ajax came flying out the traps. Eventually gained a foothold but not enough. 6

VICTOR WANYAMA – Had the job of protecting his defensive but had no answer to Ajax’s first half flood. 6

DELE ALLI – Started slowly – as did his team-mates – but his influence gradually grew as Spurs chased the game. 6.5 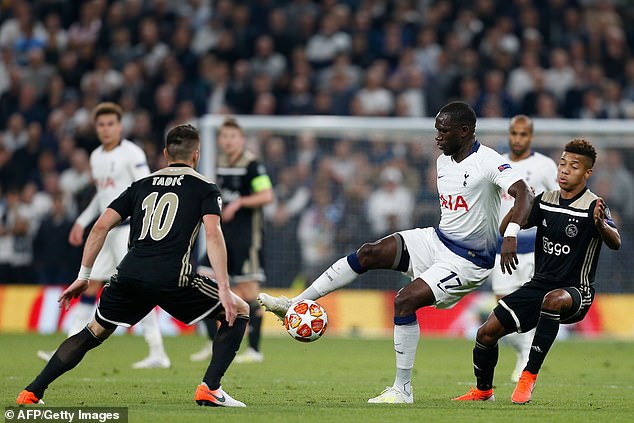 LUCAS MOURA – His pace and low centre of gravity caused Ajax problems, particularly in the second half. 6.5

FERNANDO LLORENTE – His opportunities were few and far between as Tottenham’s attack stuttered. 6

MAURICIO POCHETTINO – His side are hanging in there…just. But questions of him and his staff in how they dealt with Vertonghen’s concussion. 6.5 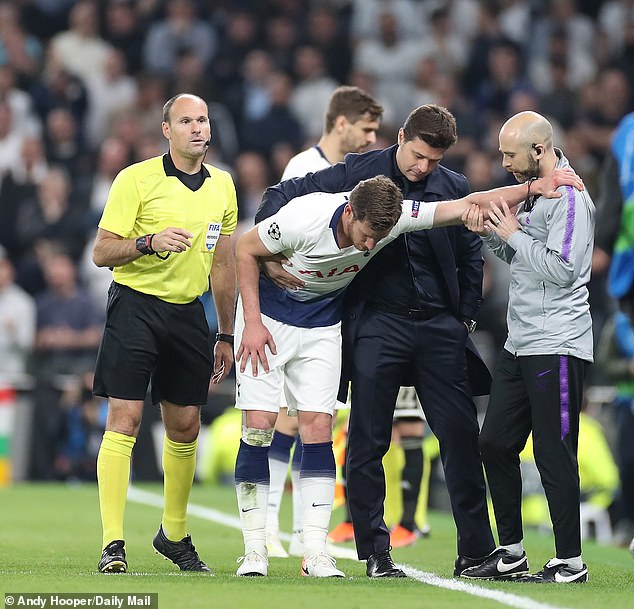 ANDRE ONANA – His main contribution was catching Vertonghen in the clash that led to the defender being substituted with concussion. 6

JOEL VELTMAN – Entirely comfortable in possession. A consummate display from the right back. Booked. 7.5

MATTHIJS DE LIGT – Is he really just 19? The epitome of composure and poise. Will surely become one of the world’s best. 8 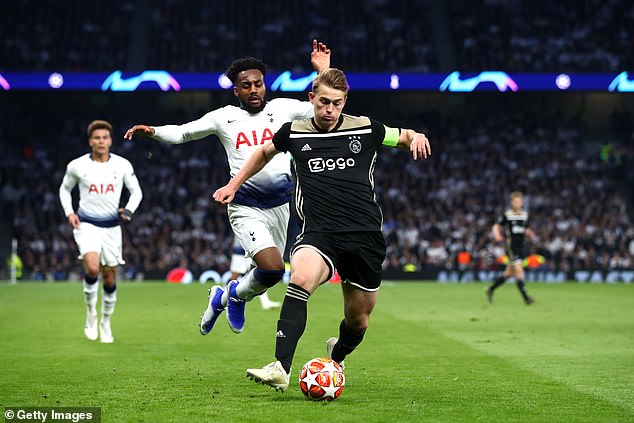 Matthijs De Ligt is the epitome of composure and poise – is he really just 19 years of age?

NICOLAS TAGLIAFICO – Solid in the tackle and contributed in the attacking third for his team. Booked. 7

LASSE SCHONE – Protected his back-four like his life depended on it and showed quality on the all. 7

FRENKIE DE JONG – The game obviously comes easy to this supremely talented midfielder. Barcelona have a real player on their hands. 7.5

DONNY VAN DE BEEK – Tottenham couldn’t live with the young Dutchman. Has a little bit of everything. 8.5 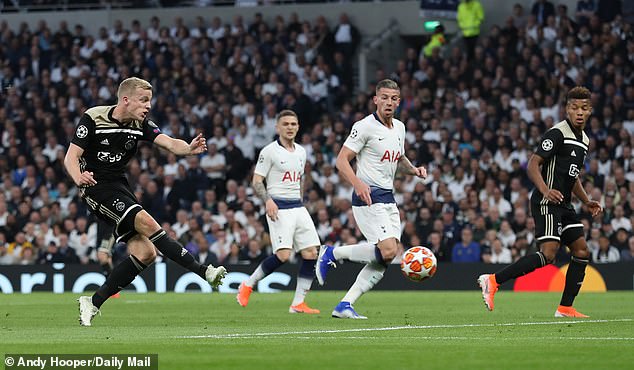 DUSAN TADIC – The former Southampton attacker was overshadowed by some of those around him but his contribution was crucial. 6.5

DAVID NERES – Showcased his box of tricks and unlucky not to score when his effort struck a post. 6.5

ERIK TEN HAG – What a side he has assembled. Another sparking night for the Dutch club to remember. 8 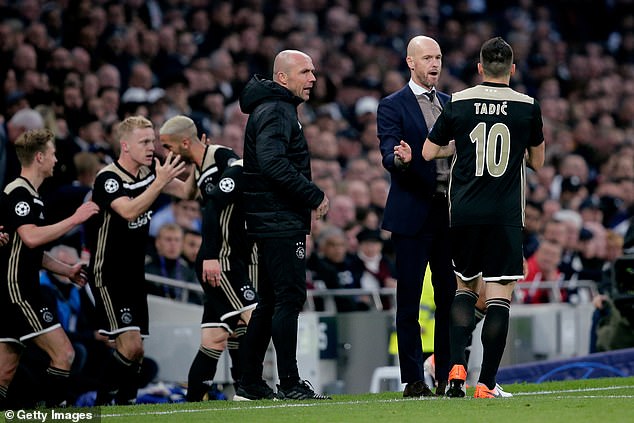