Tottenham board private jet from Stansted as they head to Manchester

Tottenham have boarded a private jet at London Stansted airport bound for the north ahead of Wednesday night’s crunch Champions League clash against Manchester City.

Tottenham take a 1-0 lead from the first leg to the Etihad and will be aiming to finish the job and reach the last four of the Champions League for the first time.

Tottenham’s players, including Dele Alli, board a plane at Stansted airport on Tuesday 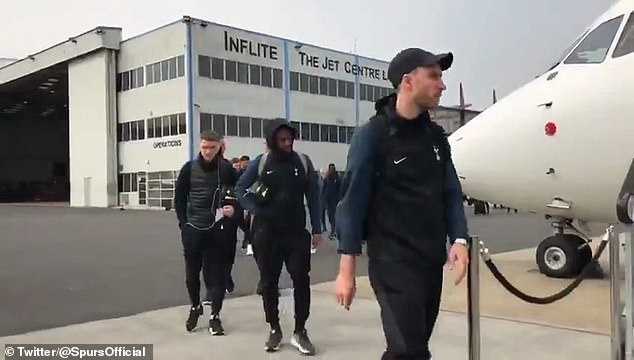 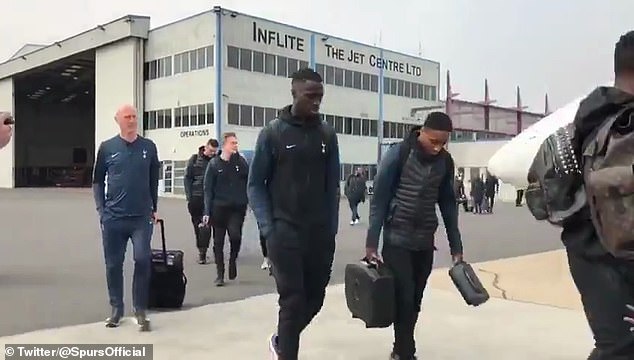 Mauricio Pochettino’s plan is for the players to train at City’s home on Tuesday evening before the evening’s press conference.

Pochettino will then plot how his side can either maintain their 1-0 lead, which Son Heung-min gave them in London, or build on it and reach the semi-finals having scored more goals.

That isn’t how City defender John Stones expects Wednesday night to go, though. 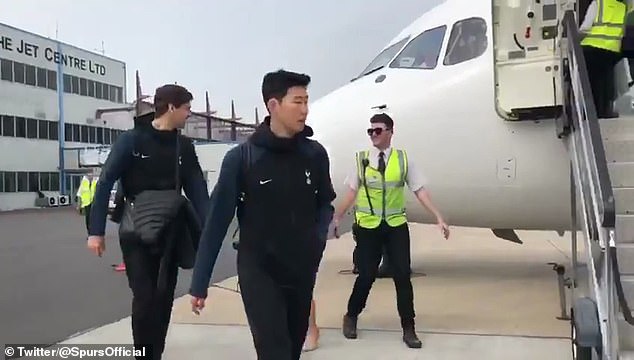 Son Heung-min, who has given Tottenham a 1-0 lead on aggregate, boards the plan 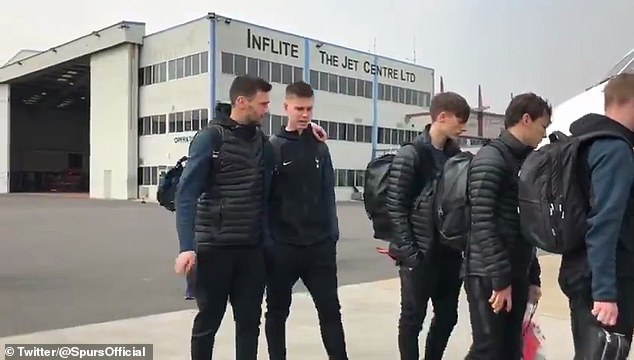 Stones believes the idea of City winning the Quadruple is still a realistic prospect.

The central defender revealed Pep Guardiola’s squad are ‘dreaming’ of that eventuality ahead of Wednesday’s Champions League clash with Tottenham at the Etihad Stadium.

‘We’re still on for the Quadruple and that’s the dream we want to achieve,’ Stones said. ‘We’re fighting for it every day. 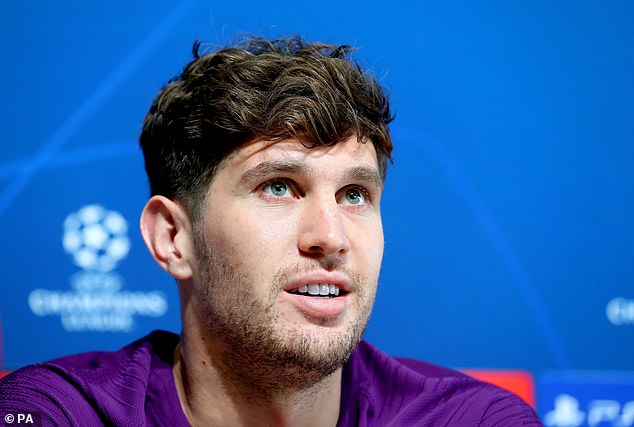 ‘We’ve got to trust it brings the best out of us. We’ve got five games left, everything to play for, and we’ve got to keep believing and enjoy the pressure of fighting for the titles and these big games.

‘We’ve got to believe in ourselves. You get the best out of yourselves when you are under that scrutiny and you find within yourself who you are as a player and the players around you.’