The Advertising Standards Authority has contacted Tottenham Hotspur to express concerns over posters the club commissioned boasting their new stadium would be the only place to watch Champions League football this season.

The posters, which appeared at London Underground stations and elsewhere at the end of last season, featured an image of their rebuilt White Hart Lane home and the message: ‘The only place to watch UEFA Champions League in London.’

The advertising campaign was a dig at their London rivals Arsenal and Chelsea, who failed to qualify for Europe’s premier club competition and are instead playing in the UEFA Europa League. 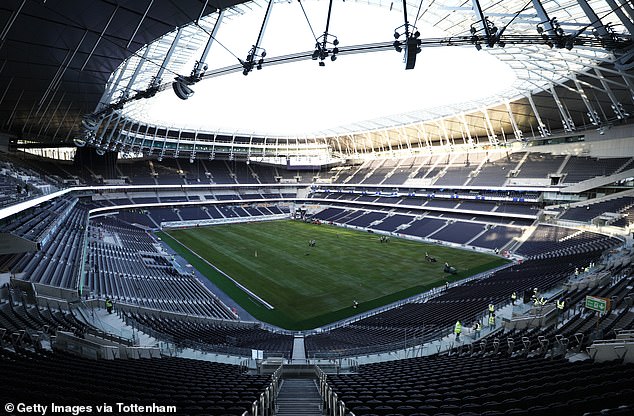 Their new 61,500-capacity stadium at White Hart Lane is unlikely to be open until January

However, delays in the construction of the new stadium and Tottenham’s results so far in the Champions League group phase mean it is increasingly likely no Champions League football will be played there this season.

Despite their 2-1 win over PSV Eindhoven at their temporary home of Wembley on Tuesday night, Spurs face an uphill struggle to make it into the knockout stages.

Third-placed Spurs trail Inter Milan by three points and leaders Barcelona by six with a home fixture against the Italians up next and a visit to the Nou Camp to round off their group fixtures.

The ASA investigated a complaint lodged by a member of the public who suggested the advert was false because the new £850million stadium won’t be completed until at least January. 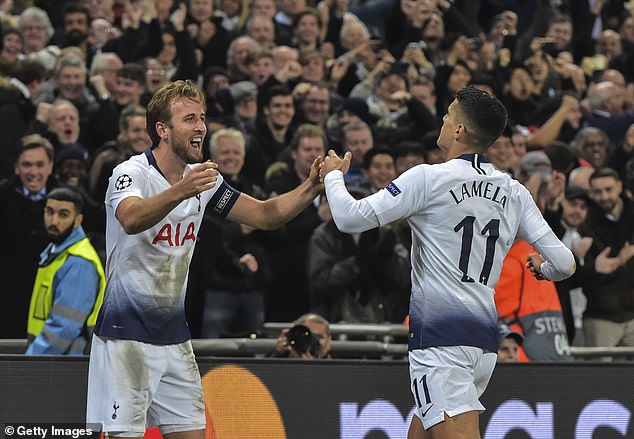 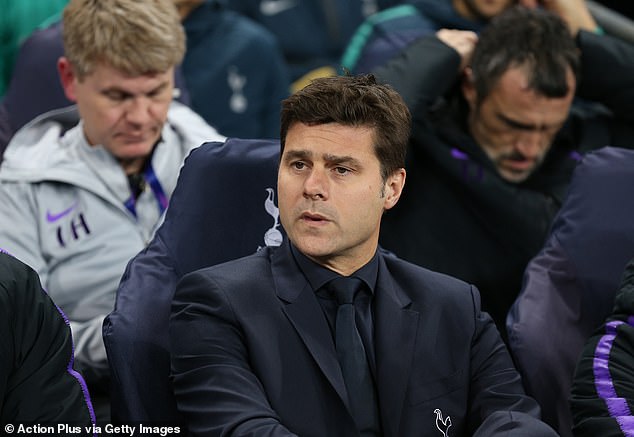 The ASA said: ‘We concluded that the ad was likely to have breached the Advertising Rules that we apply and we have taken steps to address this.

‘We have explained your concerns to the advertiser and provided guidance to them on the areas that require attention, together with advice on how to ensure that their advertising complies with the Codes.’

Item 3.1 of the ASA regulations states: ‘Marketing communications must not materially mislead or be likely to do so.’

At the time the posters appeared, it was expected the new 61,500-capacity stadium in north London would be finished before the end of the year.

But the project has been beset by several construction delays with the latest estimate that Spurs will remain at Wembley until at least January.

The new stadium could potentially open either for a match in the FA Cup third round or their home Premier League fixture against Manchester United on January 13. 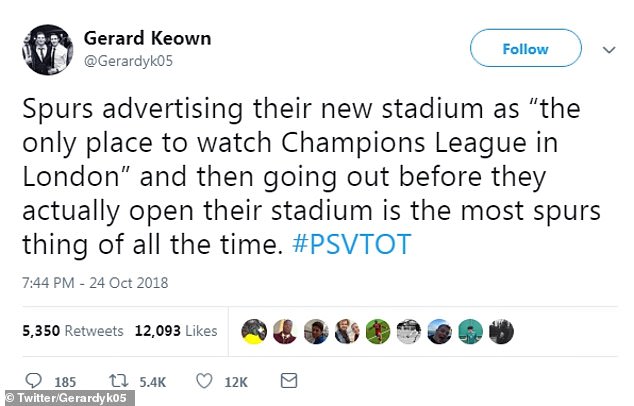 Tottenham’s new stadium is expected to open in January, after their group stage matches 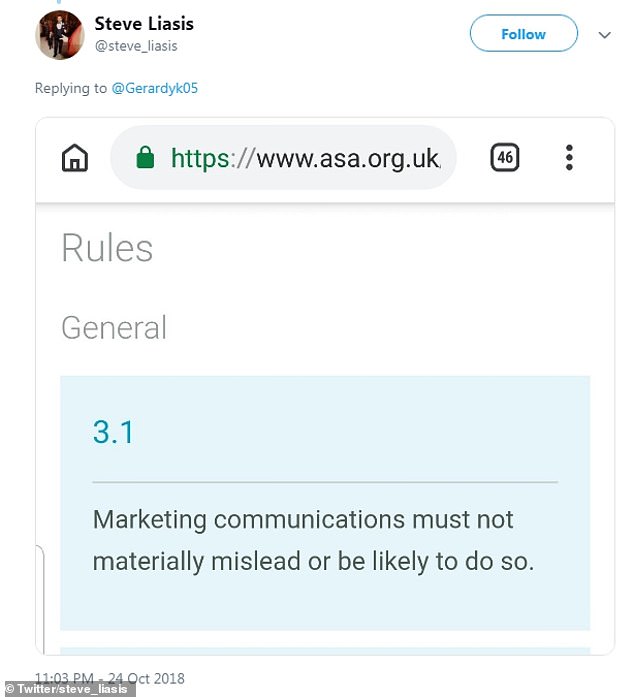 Fans of Tottenham’s north London rivals, Arsenal, were quick to join in the mockery

The poster attracted ridicule from rival supporters after Tottenham’s 2-2 draw with PSV last month left them unlikely to make the Champions League last-16.

‘Spurs advertising their new stadium as ‘the only place to watch Champions League in London’ and then going out before they actually open their stadium is the most Spurs things of all time,’ said one tweet.

Another read: ‘Peak banter is Spurs advertising their stadium as the only place you can watch Champions League football in London but as it stands it might not get to see any UCL game.’

Another, supporting Chelsea, wrote: ‘Tottenham did all them Champions League posters just to join us in Europa.’