Tottenham star Serge Aurier’s brother, Christopher, was shot dead at 5am this morning and his killer is still on the run.

His 26-year-old brother was fatally wounded in the early hours after being shot in Toulouse outside a nightclub and he was pronounced dead in hospital, according to Le Point and Europe 1.

Local residents called the police after finding a man lying on the ground with a gunshot wound to his stomach.

The victim is understood to be Christopher Aurier, brother of the Spurs full-back Serge, who had played in his side’s 2-1 north London derby win over Arsenal only hours earlier.

The French authorities have launched an investigation with the perpetrator still at large.

Christopher was also a footballer, in the fifth division with Toulouse Rodeo. He had a trial with Championship side Brentford back in 2011 but was not signed.

Like Serge, he came through the ranks at RC Lens but did not make the breakthrough to the highest level. 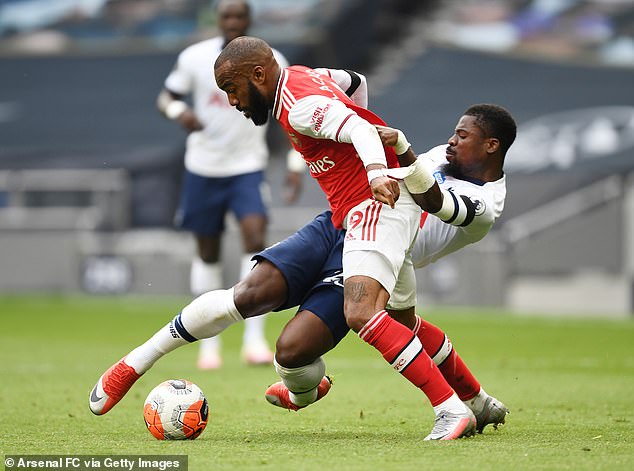 Serge, 27, progressed at Lens before signing for Toulouse. The Ivory Coast international then secured his big move to PSG.

From there he signed for Tottenham in 2017 and his future at the club looked in doubt earlier this year after falling out of favour under Mauricio Pochettino.

But the right-back has found his way back into the team under Jose Mourinho and played the full 90 minutes of the north London derby on Sunday.