Tottenham do not deserve to progress in Champions League – Mauricio Pochettino

‘It is nearly over:’ Mauricio Pochettino says Tottenham do not deserve to be in the Champions League after PSV draw

Mauricio Pochettino told his Tottenham players they do not deserve to progress in the Champions League if they cannot win a game like this against PSV Eindhoven.

Pochettino confessed his team’s chances were all but over after conceding an equaliser in the 87th minute of a thrilling tie in Holland.

Spurs went behind but fought into the lead with goals from Lucas Moura and Harry Kane before Hugo Lloris was sent off for a reckless tackle and the Dutch champions leveled late on.

‘It is nearly over,’ said Pochettino. ‘One point from three games. It will be really difficult. We need to win the three games we have left to play and hope some results help us.’

Only seven teams out of 67 have ever qualified from such a lowly position at the halfway stage of the group, including Arsenal in 2003 and Liverpool four years later.

Pochettino added: ‘If you don’t win this type of game you don’t deserve to be in the Champions League. When you play so much better and you dominate and you create the best chances and you cannot kill the game, the game is always open.

‘You can concede goals like we conceded. It was an accident for Hugo. But you draw and have the minimal possibility of going to the next stage.’ 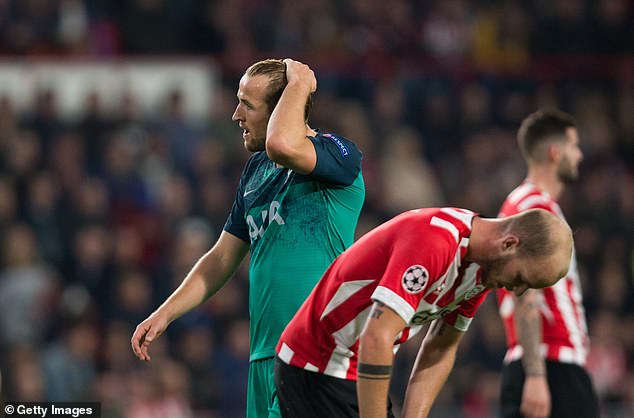 The Spurs manager refused to blame captain Lloris, who was shown a straight red card for a mistimed tackle outside the penalty area which denied Hirving Lozano a clear goal scoring opportunity. He will miss the return against PSV at Wembley next month.

‘I am not going to blame any player,’ said Pochettino. ‘I am responsible. We didn’t win. If you want to blame somebody blame me.

‘Hugo does not need to apologise. It wasn’t a mistake, it was an action that can happen a lot in football and a sending off.

‘It is more about the collective. That is much more important than finding guilt or someone to blame like a player or the referee.

‘It is one thing to show we are on the same level as Barcelona and another to play against PSV and have a lot of possibilities to win.

‘Maybe you can say we deserve more but football is not about what you deserve. It is to be aggressive and score more goals than your opponent.

‘We didn’t force it and that is why our feeling is so bad. It was under control. We were playing well. The PSV fans were disappointed but we play to keep possession and were not aggressive in the last third. You cannot allow your opponent time to be alive. If not you pay.’ 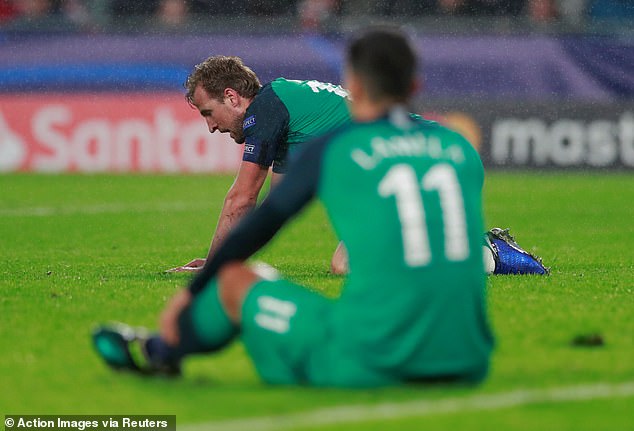 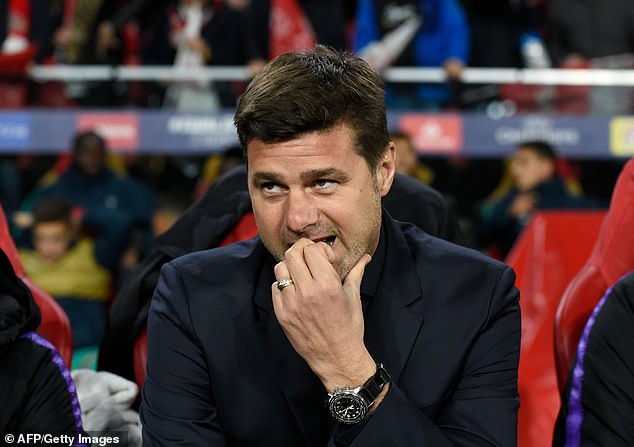