Barcelona and Real Madrid have intensified their interest in Tottenham’s young stars as the Spanish giants have kept a close eye on the progress of Dele Alli and Harry Winks.

Spurs leaped into the European football limelight after their 3-1 victory over Champions League holders Real on Wednesday night fired them into the last 16, but their impressive displays have come at a cost.

According to Spanish newspaper Marca, Real are ‘paying close attention’ to Spurs star Alli, who fired two past the La Liga side at Wembley earlier this week, and is seen is an ideal fit for the Los Blancos outfit.

Alli though, is not alone as the attention surrounding the former MK Dons midfielder follows the interest also shown in team-mate Harry Kane, whose goals have helped Mauricio Pochettino’s side keep pace with Premier League leaders Manchester City and Manchester United.

Sportsmail reported following Tottenham’s trip to the Bernabeu last month, Real president Florentino Perez officially asked his opposite number Daniel Levy for a price. To which Levy slapped a £200million price tag on the English forward.

Meanwhile, as Kane and Alli steal the headlines alongside Danish playmaker Christian Eriksen, Harry Winks has also caught the eye of many admirers in recent weeks. 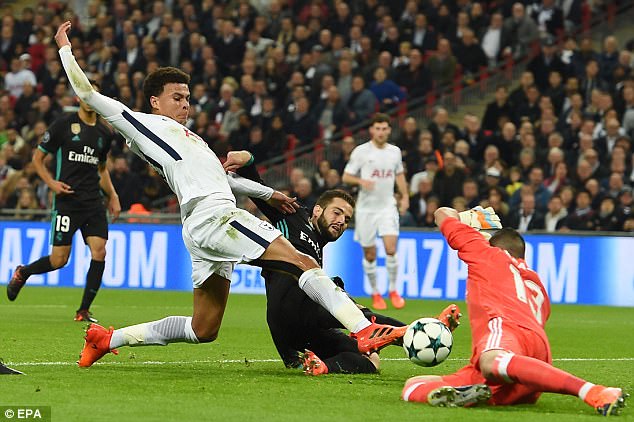 According to the Evening Standard, Winks ‘impressed’ Barcelona sporting director Robert Fernandez, who was at the Champions League clash with rivals Real, with his Wembley display on Wednesday.

While it is recognised Fernandez was present in the capital to keep tabs on Eriksen, who netted Tottenham’s third for a three-goal lead, Winks’ composed performance in the heart of the Spurs midfield provided the Spaniard with another name to add to his list.

Speculation is just speculation though, and should either of the Spanish giants register official interest in one of Tottenham’s star men, you can guarantee Levy will put up a fight, as well as a hefty price tag, to deter potential buyers. 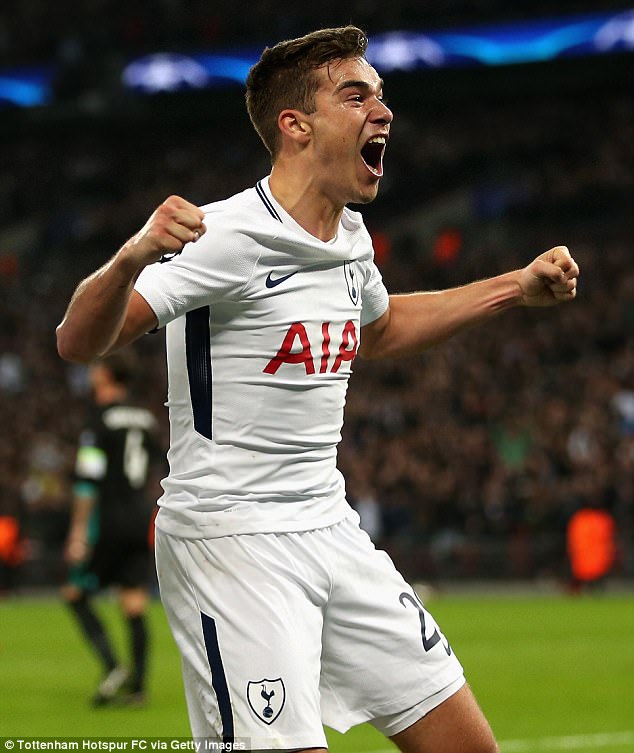 While Winks’ composed performance in the Spurs midfield has intrigued Barcelona