Jose Mourinho has restored belief inside the Tottenham dressing room with Danny Rose certain they can achieve what seemed impossible and finish inside the top four.

Spurs have won three out of four in the Premier League since Mourinho came in last month and have closed the gap on fourth-placed Chelsea to six points. England left-back Rose said: ‘Everyone has to start again.

I should think I’m no different to anybody else. I’m here for the next 18 months. I want to do as well as I possibly can, work as hard as I can to achieve what looked impossible a few weeks ago, and that is finishing in the top four.’

Tottenham beat Burnley 5-0 on Saturday and Mourinho spared Harry Kane, Dele Alli, Jan Vertonghen and Serge Aurier the trip to Germany and a 3-1 defeat by Bayern Munich in the Champions League.

‘I have to be honest, I never thought I would be managed by Jose Mourinho at Spurs,’ added Rose.

‘That’s credit to the club and how well they’ve progressed. 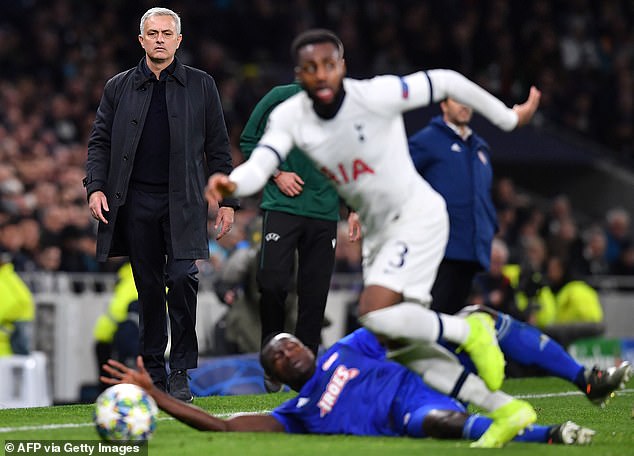