Tottenham include Luke Amos and Kazaiah Sterling in squad

Mauricio Pochettino has gained a reputation for being unafraid to give youth a chance on the biggest stage and Tottenham will include two more of their academy graduates in the squad to face APOEL Nicosia on Wednesday night.

With qualification into the Champions League last-16 assured – not to mention top spot in Group H – Pochettino has the luxury of resting a few key players for the match against the Cypriot champions at Wembley.

And that means 18-year-old striker Kazaiah Sterling and 20-year-old Luke Amos have won a place in the matchday squad and will potentially make their senior debuts. 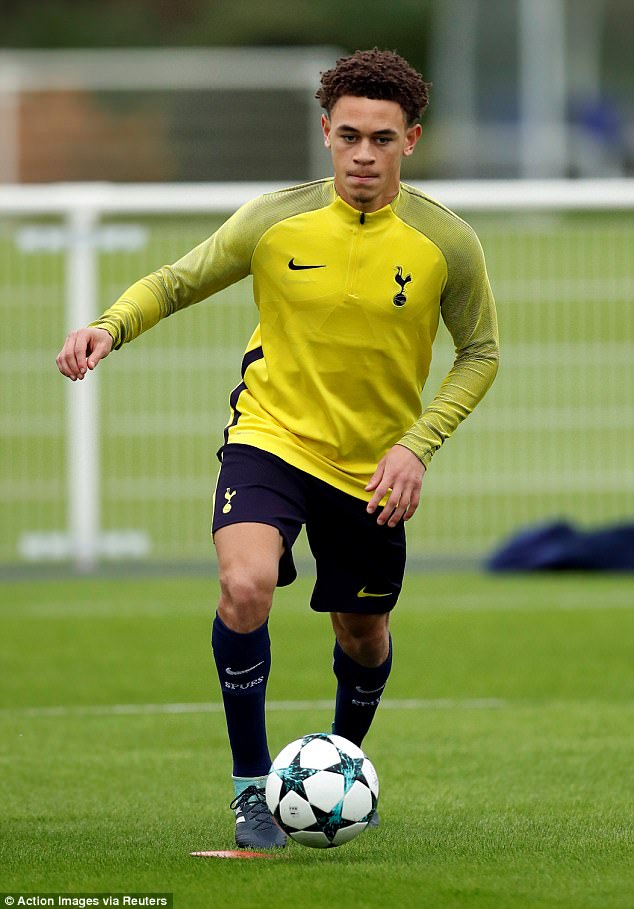 Sterling is a name becoming familiar to more and more Spurs fans following a succession of impressive performances for the under-23 side in the Premier League 2 and the under-19 team in the UEFA Youth League this season.

The England youth international has performed particularly well in the Youth League, which is a junior version of the Champions League, and he recently scored a well-taken late winner in a ding-dong 3-2 win over Real Madrid.

He has scored eight goals in all this season and that comes hot of the heels of some impressive displays in Tottenham’s run to the semi-finals of the FA Youth Cup last season, when they suffered a humbling by eventual winners Chelsea.

Sterling’s performances in the youth ranks have clearly not gone unnoticed by Pochettino, who had the brainwave of pairing the youngster with Harry Kane – who better? – in training sessions to turn him into the all-round forward. 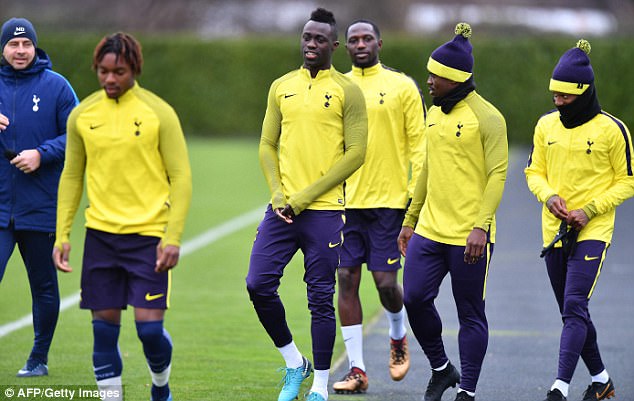 Born and bred in north London, Sterling was educated in nearby Enfield and played initially for Leyton Orient before moving into Spurs’ academy in the summer of 2015.

Consistent scoring in the youth ranks led to a quick promotion to the under-23 side and also England recognition at under-17 and under-18 level.

In an interview earlier this year, Sterling said: ‘My strengths are running in behind to finish, being aggressive and competing.

‘My weakness is probably my play in tight areas, which I can definitely improve on.

‘Harry Kane is the perfect inspiration. He’s come through the academy as well. That’s the standard I’m trying to hit.’ 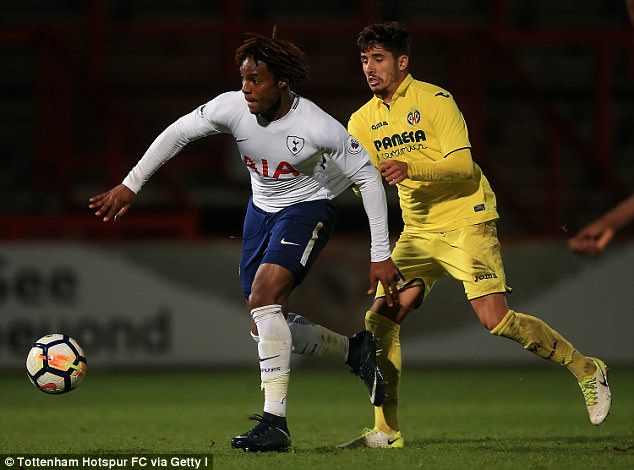 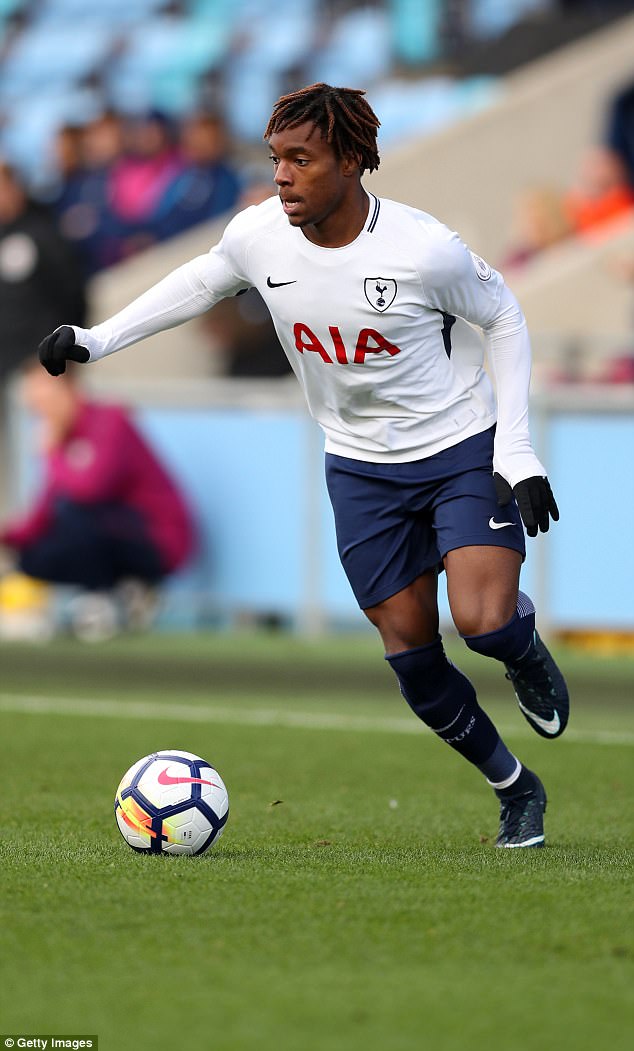 Although Sterling has played for the Spurs under-21 team in the Checkatrade Trophy this season, he hasn’t yet made his senior debut. But this could well come against APOEL if Pochettino opts to rest players ahead of their Premier League fixture with Stoke at the weekend.

Amos has been in and around the first-team squad for a little while but, like Sterling has yet to make his first-team bow.

Described as an ‘industrious central midfielder’ on the club website, Amos has impressed this season for the under-23 side and has captained them on three occasions.

Hailing from Welwyn Garden City in Hertfordshire, Amos arrived into the Spurs academy in 2013 and has worked his way through the ranks. 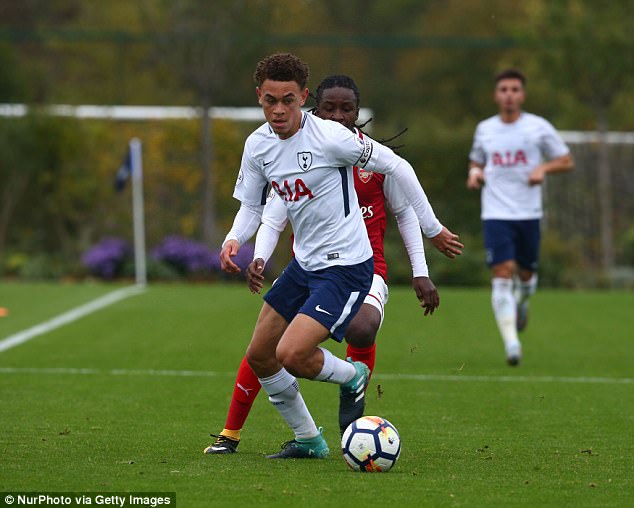 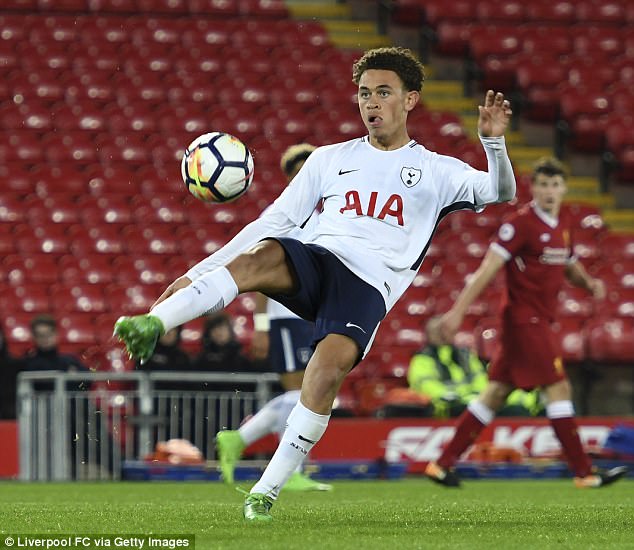 Amos is known for his hard work and versatility, being able to slot in defensively as well

He has played for Pochettino during pre-season tours and was named on the bench in October of last year for the EFL Cup tie at Liverpool.

Amos also spent the second half of last season out on loan at League One side Southend United but spent most of his time on the bench, playing in just three games for the Essex club.

But his performances at development level have clearly encouraged Pochettino, who must also appreciate the player’s versatility. Usually a defensive midfielder, he can also play as a centre-half or a full-back.