Harry Kane looks set for another lengthy spell on the sidelines after injuring his left ankle in Tuesday night’s Champions League clash with Manchester City.

The Tottenham striker turned his ankle when tackling City defender Fabian Delph in the second half of the quarter-final first leg in London.

Kane looked in pain as he was treated on the pitch before limping down the tunnel. 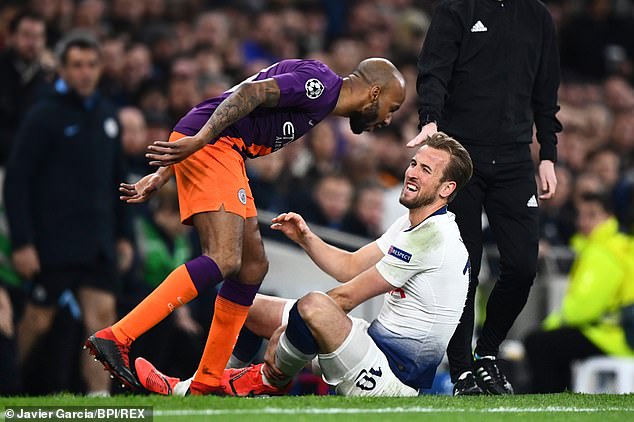 It is the same ankle which Kane injured earlier this season.

The England captain sustained ligament damage during a 1-0 defeat by Manchester United in January and subsequently missed six weeks and seven matches.

If he is ruled out for a similar period again, he is unlikely to play again for Spurs this season. 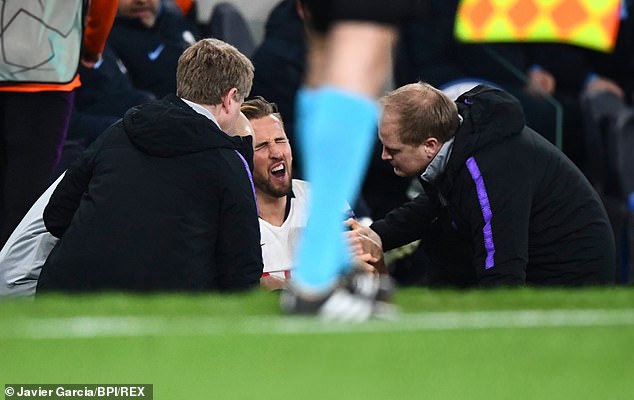 Mauricio Pochettino also appeared to be annoyed with Delph – then Tottenham manager gesturing towards him after Kane was injured.

Pochettino didn’t calm down until a while after the incident with the Tottenham boss seemingly expecting punishment for Delph. 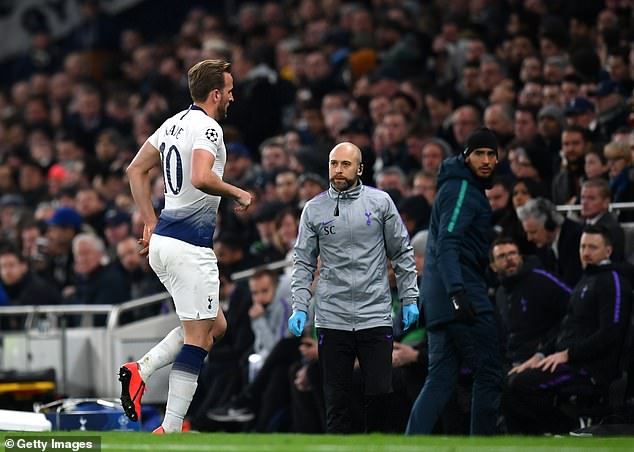