Tottenham jet to Spain ahead of Champions League clash with Barcelona

Tottenham Hotspur have departed for Barcelona, ahead of one of the biggest games in their recent history.

Spurs must match the result of Champions League group rivals Inter Milan in order to qualify for the last 16.

While their fate may be in their hands, it is not nearly as simple as it looks. While Inter host bottom side, already eliminated PSV, Spurs are at the Nou Camp, facing a formidable Barca team. 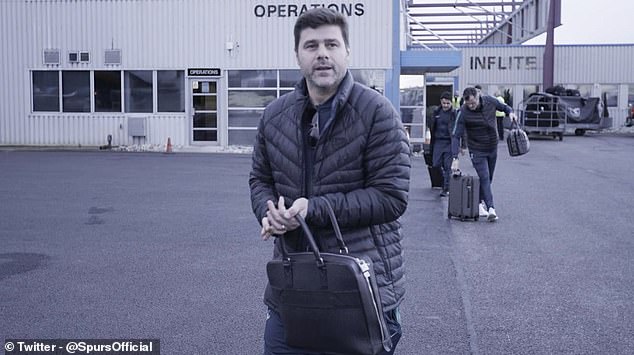 While Spurs warmed up for the game with a 2-0 win at Leicester on Saturday night, at the same time Barcelona were crushing rivals Espanyol 4-0, Lionel Messi in imperious form.

One ace up the sleeve of manager Mauricio Pochettino however is captain Harry Kane, who is fresh for the clash having started on the bench against the Foxes, needed only for a 20-minutes cameo at the end.

The mood among the Spurs players appeared to be confident, forward Son Heung-Min giving a smile and wave to the camera as he crossed the tarmac to the plane. 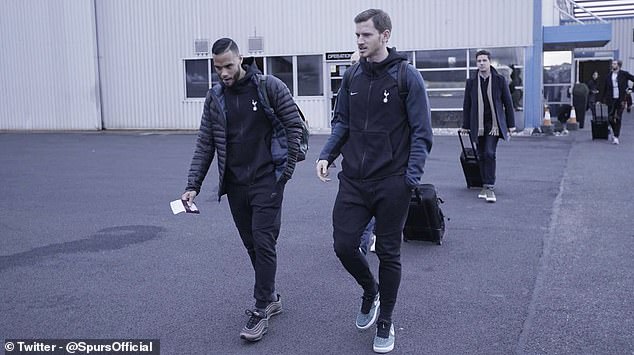 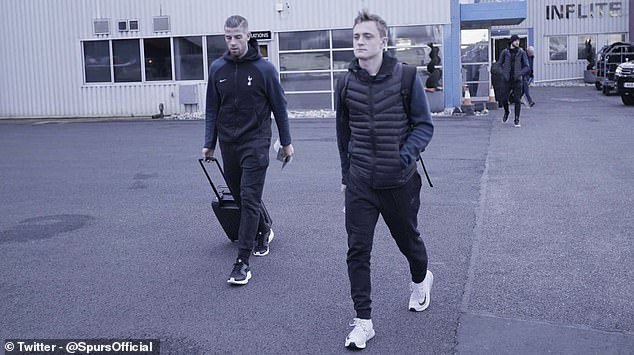 Oliver Skipp, 18, was on the bench against Leicester and could feature in the squad again

Also pictured was 18-year-old midfielder Oliver Skipp, who was on the bench against Leicester and could feature in the squad again, against the La Liga giants.

Whether Barcelona will pick any of their youngsters or reserves – having guaranteed top spot in Group B already – remains to be seen.

Manager Ernesto Valverde, when asked by an Italian journalist if he could give assurances to Milan that his team would do everything to beat Spurs, said: ‘Inter fans can relax we will play the best team for the interests of Barcelona and try to beat Tottenham,’ – a sort of yes and no.

He may be without Luis Suarez due to ongoing knee problems, and Ousmane Dembele, who could be disciplined after turning up late to training.