Tottenham left-back Ryan Sessegnon due in Germany TOMORROW to seal season-long loan move to Hoffenheim after Bundesliga giants beat a host of European sides – including RB Leipzig and Barcelona (!) – to his signature

By Adrian Kajumba and Simon Jones for The Mail on Sunday

Tottenham’s Ryan Sessegnon is due in Germany on Sunday to finalise a season-long loan move to Hoffenheim.

The 20-year-old has had plenty of interest with Southampton, Brighton, Celtic, Hertha Berlin and Red Bull Leipzig all making enquiries but Hoffenheim have won the race for his signature.

Barcelona and Ajax has also expressed interest but needed to sell players to free up space for new additions first.

José Mourinho only included him in one match day squad this season and Sergio Reguilon’s arrival from Real Madrid has pushed him further down the pecking order.

But Spurs view Sessegnon as a signing for the long-term and were insistent that any deal would only be a loan without any option or obligation to buy.

He will now continue his development under the guidance of highly-rated coach Sebastian Hoeness at Hoffenheim who can also offer the England under-21 international Europa League football. 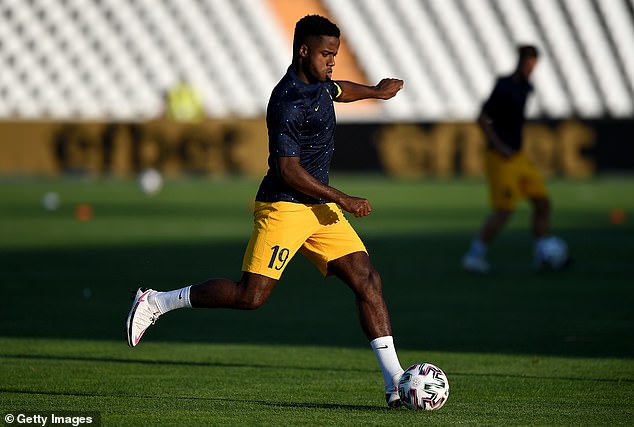 Tottenham are also allowing defender Juan Foyth, 22, to join Villarreal with an option to make the move permanent for £13.6million.

They are resisting attempts from Paris St Germain to sign Dele Alli and also expect Serge Aurier to stay. They are prepared to sell Cameron Carter-Vickers with Bournemouth, Swansea and Luton Town all keen.

Tottenham believe Aurier and teammate Ben Davies can provide cover at centre-back should they fail to land another before the deadline.

Chelsea’s Antonio Rudiger, who was an option being considered by Spurs, also has interest from Paris St Germain and AC Milan.