‘I wouldn’t be who I am today if it wasn’t for him’: Tottenham midfielder Harry Winks says he ‘owes everything’ to Mauricio Pochettino as the under-fire Spurs boss edges towards exit

Tottenham midfielder Harry Winks has paid tribute to under pressure manager Mauricio Pochettino, saying he ‘owes everything’ to the Argentine as time ticks down on his reign at Spurs.

Spurs were expected to challenge Liverpool and Manchester City for the title this season after reaching the Champions League final this summer, but instead the club have gone backwards – struggling in mid table and sitting just six points above the relegation zone.

The team have won just three league games amid rumours Pochettino is looking for a way out, and Sportsmail reporting that there is a feeling at the club that it is a matter of when, not if he departs. 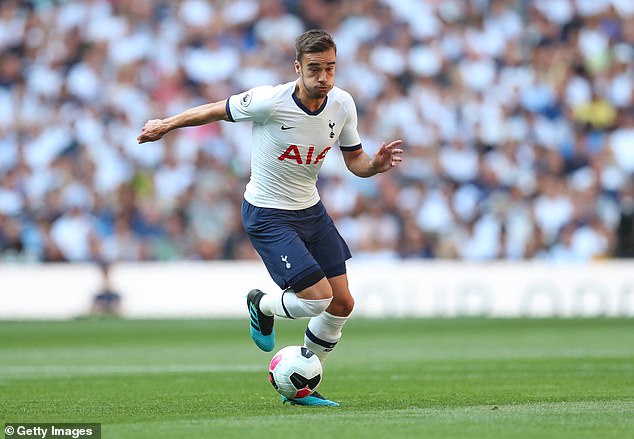 But while the former Southampton manager’s future remains hazy, 23-year-old Winks has taken time to thank him for bringing him into the first team in 2016, and said his boss had helped develop him as a player.

‘I’ve said many times and I will always say it, I’ve got everything to thank the gaffer for,’ Winks said in an interview with TalkSport.

‘He gave me the opportunity and I wouldn’t be who I am today if it wasn’t for him.

‘Of course I’ve had to work hard to get here, but getting that opportunity in the first place is always difficult and I’m forever thankful to the manager for giving me that opportunity.’ 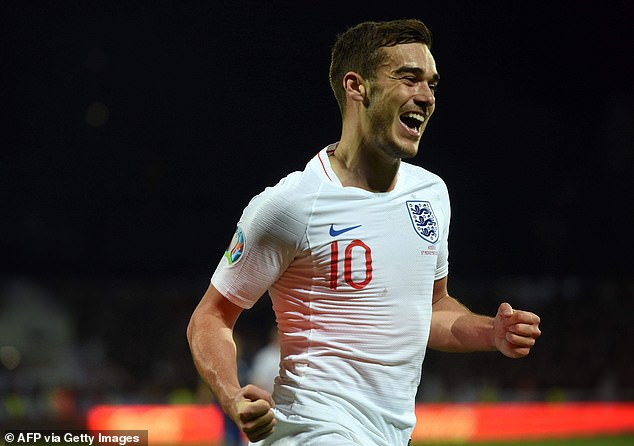 Under Pochettino’s guidance, Winks has become a regular member of the England squad

Spurs head to the London Stadium this weekend in a crucial game against rivals and fellow strugglers West Ham, with reports that Pochettino could be axed if the Lilywhites fail to win.

But Winks, who scored on his full Spurs debut against the Hammers, insists the squad are not feeling pressure and are relishing getting back together after the international break to regroup and up their game for Pochettino.

He added: ‘The manager is always happy to have everybody back because we can train together as a team again.

‘When everybody goes away separately to their countries, it’s difficult to get the same amount of training in and work on the tactical issues we need to work on, so it will be good for the manager to get everybody back in now and build-up towards the West Ham game.

‘Now I’m back at Tottenham I want to get back on the field with the lads, and prepare for the Premier League.’ 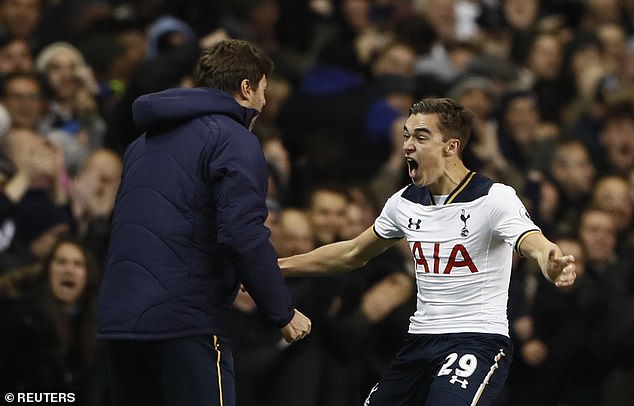 The team might be underperforming in the Premier League, but on the European stage they have got their act together after a 7-2 home drubbing from Bayern Munich and now look on course to qualify for the knockouts.

As Spurs enter a busy winter period, Winks has called on his team-mates to knuckle down and get some consistency to work their way up the table.

‘We’ve got a lot of games coming up in as short space of time, as well as the Champions League where we’ve got a great opportunity to get through.

‘So it’s going to be a tough period over the next couple of months with so many games, but it’s an exciting time. 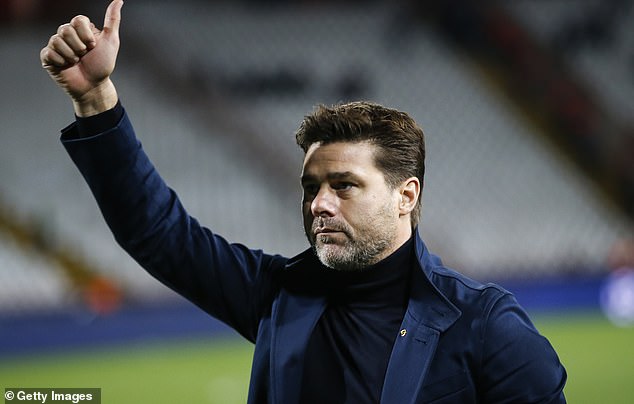 ‘It’s time for us to really kick on now and start to get some wins and climb the table.’

Speculation is rife with who could replace Pochettino is he does leave, as the likes of Leipzig boss Julian Nagelsmann, Bournemouth manager Eddie Howe and Napoli’s Carlo Ancelotti all heavily linked.

Pochettino has three years left to run on his £8.5million contract at the Tottenham Hotspur Stadium, which means he will be entitled to a significant severance package if Daniel Levy does opt to part ways.