Tottenham news: Mauricio Pochettino concerned his Tottenham side lack a plan B

Tottenham boss Mauricio Pochettino is concerned his squad lacks an attacking plan B following the departure of Fernando Llorente.

Spurs’ difficulty in breaking down Newcastle, in Sunday’s shock 1-0 defeat, and Aston Villa, despite eventually winning the game 3-1 on the opening day of the season, has raised concerns that they miss a target man.

Pochettino often turned to Llorente, who is 6ft 4in, during the latter stages of games in an attempt to change the complexion of tight encounters. His crucial goal in the Champions League quarter-final win over Manchester City was a case in point.

But without Llorente, who left the club when his contract expired earlier this summer, Pochettino does not have the option of going more direct in games.

Sportsmail understands that Pochettino was open to keeping the former Spain international at the club ahead of the new season and Llorente was offered fresh terms. But the 34-year-old rejected the extension, which was on reduced terms from the £75,000-per-week deal that expired last term.

Tottenham haven’t replaced Llorente — who is still without a club — and with Vincent Janssen’s departure to Mexican club Monterrey, manager Pochettino appears short of options behind first-choice striker Harry Kane.

The Tottenham boss has not named a recognised striker on the bench in all three of the club’s opening Premier League games, though Heung-min Son, who returned from suspension against Newcastle on Sunday, has successfully filled in for Kane in the past. 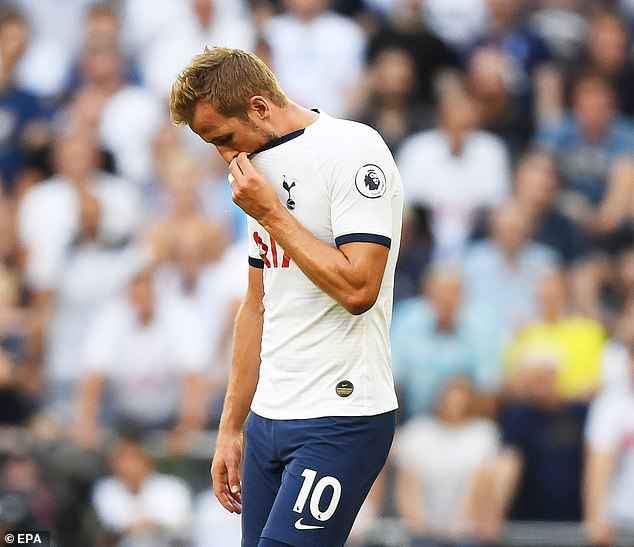 Academy prospect Troy Parrott, 17, is highly rated at Tottenham, but he is yet to make a senior appearance for the club.

Pochettino’s options were at least given a boost on Tuesday with the return to first-team training of midfielder Dele Alli.

The England star has missed the opening weeks of the season with a hamstring injury but could be in contention to face Arsenal in Sunday’s derby.

However, Pochettino is facing a headache at right back for the trip to the Emirates Stadium.

Kyle Walker-Peters is a major doubt after suffering a hamstring injury against Newcastle. That leaves Serge Aurier as the club’s only fit right back, but the 26-year-old has been linked with a move to AC Milan. 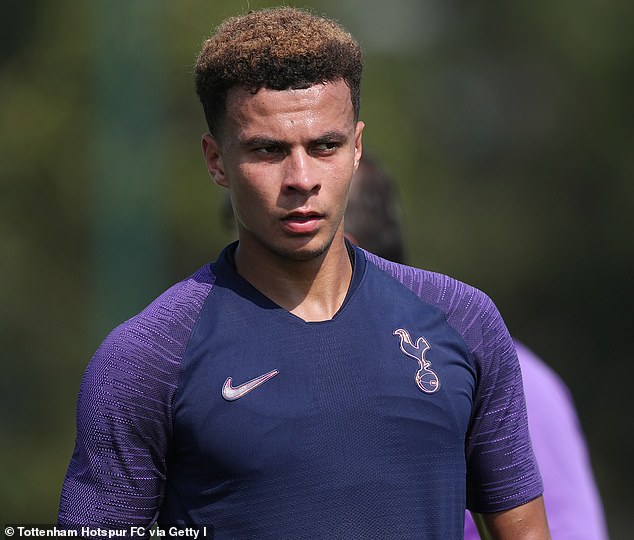