Tottenham have joined the race to sign Watford winger Ismaila Sarr after facing uncertainty with their planned swoop for Inter Milan’s Lautaro Martinez.

Sportsmail revealed last week that Spurs had agreed a £60million fee with cash-strapped Inter for the Argentina forward, although the player’s agent later said his client wanted to remain at the Serie A champions.

And Eurosport has reported that Spurs are looking at Senegal international Sarr as an alternative, although Watford are keen for their star player to stay and help their bid to stay up on their return to the Premier League.

Tottenham have joined the race to sign Watford star winger Ismaila Sarr, according to a report 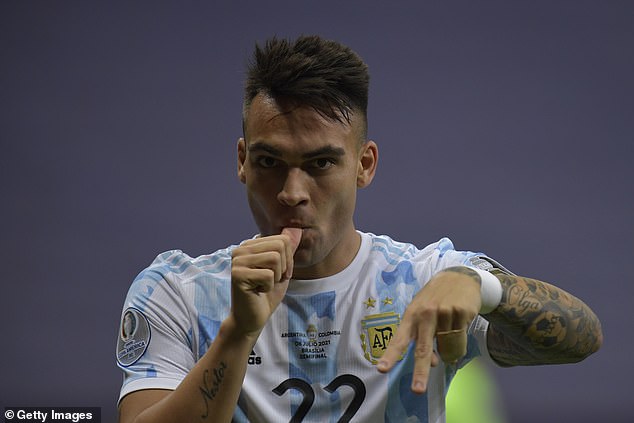 Sarr joined Watford from Rennes in 2019 for around £30million and had a strong first season on an individual level, even as the club were relegated back to the Championship.

He scored in a 2-1 win over Manchester United then bagged a double in a storming 3-0 win over runaway league leaders Liverpool, netting five times in total.

He was far more prolific in the Championship and scored 15 league goals to help fire Watford straight back to the top-flight.

The Hornets, naturally, are keen to help hold of their star man for the return and the Eurosport report said they have declared he is not for sale, and would only be open to offers over £50m. 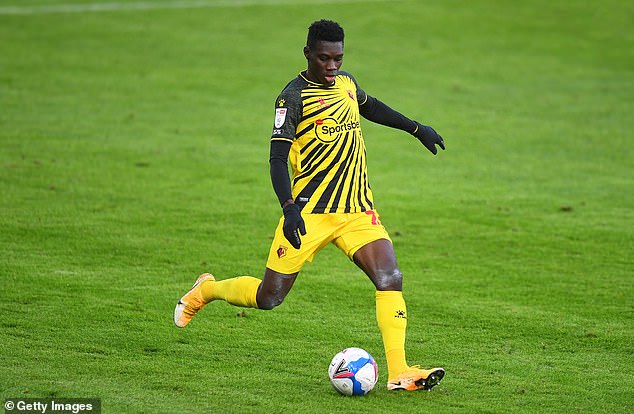 Manchester United and Liverpool have also shown interest in Sarr.

United were revealed to be close to signing the Senegal international for £40million last year while representatives from Jurgen Klopp’s side met the player’s agent last year.

There is still a chance of Spurs signing Martinez, though, as the Eurosport report added that the 23-year-old was keen to leave Inter following their financial problems, which have led to Romelu Lukaku joining Chelsea and star rightback Achraf Hakimi heading to Paris Saint-Germain.

The report added that Arsenal are also interested in the Argentina striker, and are ready to offer him wages of £275,000 per week.