‘We made them look a lot better than they are… we were ball watchers’: Tottenham star Christian Eriksen unimpressed by Ajax despite Champions League semi-final loss

Christian Eriksen has claimed that Tottenham made Ajax ‘look a lot better’ in the first leg of their Champions League semi-final.

Donny van de Beek’s goal in the 15th minute condemned Tottenham to a 1-0 defeat, meaning Mauricio Pochettino’s side have much work to do in the second leg in Amsterdam next week.

Ajax, who previously knocked out Real Madrid and Juventus, have earned much praise for their displays in the Champions League this season, but Eriksen feels that Tottenham ‘helped’ the Dutch side by allowing them to dominate possession early on.

Asked about Tottenham’s performance, Eriksen told BT Sport: ‘Very under par, we didn’t play our best at all, we were better second half, but first 20 minutes of the game we were ball watchers and against a team who like possession, it’s a no go. We have to change a lot for next game.

‘We made them look a lot better – of course they’re a good side, but we helped them give the feeling they could control things which was our fault. Second half was different, but we played more direct, and hurt them a bit more but needed the last touch.

‘At the start of the game it didn’t matter what system we were just behind on every ball. When we did change the system it helped us a bit, different ways to press, different ways to play, more direct, with the ball, but still far from what we know we can (do).’ 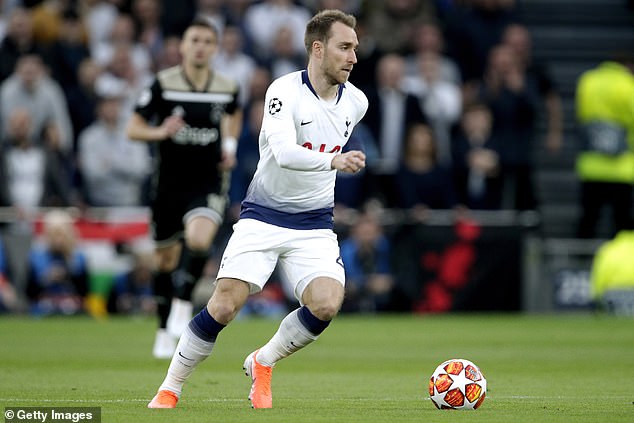 Eriksen, who made 162 appearances for Ajax between 2010 and 2013, was especially frustrated with Tottenham’s first-half performance.

He said: ‘Nobody wanted to play the first half we did, everyone feels disappointed we didn’t compete at the level we know we can.’

Defender Jan Vertonghen was substituted with a facial injury in the opening period, but Eriksen preferred to focus on the task ahead.

Eriksen said: ‘We can’t really think about that when we’re on the pitch, we’re footballers, whoever is available is going to play, that’s just how it is. We cant talk about injured players, we’re in the semi-final, it doesn’t matter who plays, we need to step up.’ 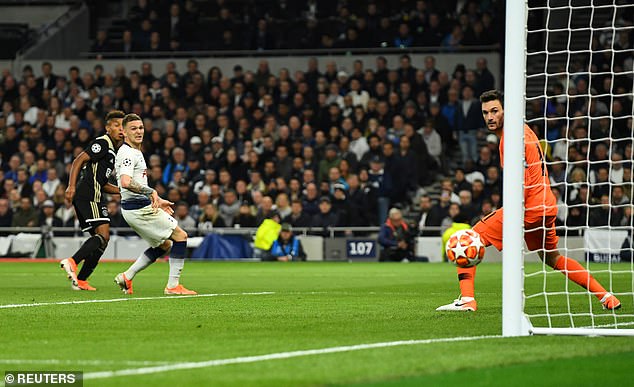 Ajax came close to adding a second goal when David Neres’ effort hit the post,  and Eriksen admitted that Tottenham were fortunate not to concede again.

Eriksen said: ‘We’re lucky they hit the post, 2-0 would have been different game for us next week but we need to change it a lot, it doesn’t matter about the result we need to change how we played today. Hopefully we can turn things around in Amsterdam.’

Tottenham have done extremely well to reach this stage, seeing off Borussia Dortmund and Manchester City in the knockout stages.

However, they will be aware that a significantly improved performance is required in the second leg if they are to make it through to the final and face either Barcelona or Liverpool.