Tottenham players will miss out on lucrative bonuses if they blow their chance to qualify for the Champions League.

Members of the Spurs squad have hefty performance-related bonuses included in their contracts entitling them to more cash, depending on how well the team performs in Europe’s elite club competition.

The bonuses increase incrementally depending on how far Tottenham progress in the competition starting from the point of qualification. 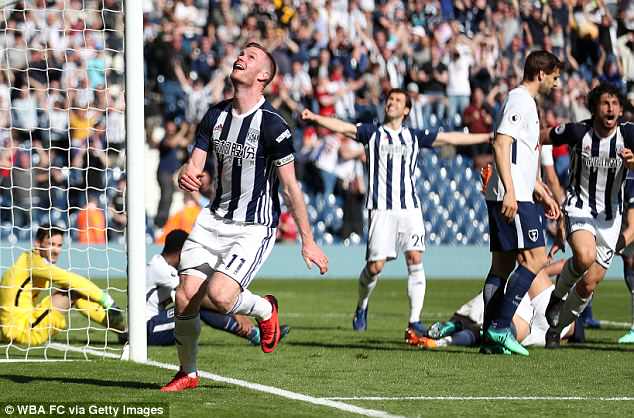 The huge premiums at stake for Tottenham’s players will add extra spice to what is gearing up to be a nail-biting race for Champions League qualification.

Having looked nailed on to finish in the top four, Tottenham and Liverpool’s faltering league form has opened the door for Chelsea to steal a place.

Tottenham’s shock loss at West Bromwich on Saturday, together with Chelsea’s win over Liverpool on Sunday, saw Antonio Conte’s side reduce Spurs’ lead to two points.

Chelsea can go fourth on Wednesday if they beat Huddersfield and Mauricio Pochettino’s side lose at home to Newcastle.

Tottenham are under no pressure to sell this summer but will listen to offers for Toby Alderweireld and Danny Rose, which could net as much as £100m. 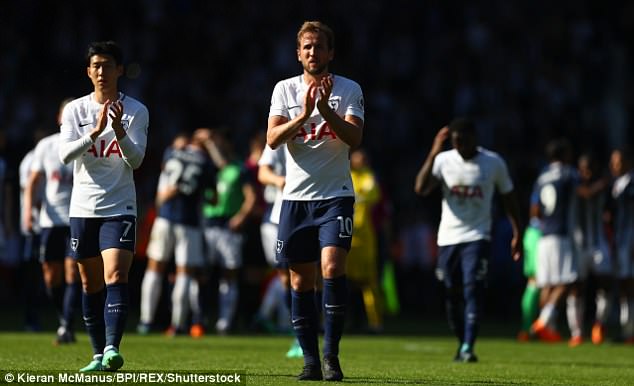 But while failure to qualify for next season’s Champions League would not have an immediate impact on the club’s finances, particularly with their plans to offer Harry Kane and Dele Alli improved deals, it would raise questions over how long Spurs can keep their current squad together.

Similarly, Pochettino’s reputation as one of Europe’s best young managers will inevitably result in the Argentine attracting interest from rival clubs.

As revealed by Sportsmail, Real Madrid are monitoring Pochettino while Chelsea are also admirers.

A season outside the Champions League might raise doubts over Pochettino’s long-term future in north London.

Chelsea are certainly building up a head of steam in their attempt to overhaul their London rivals. 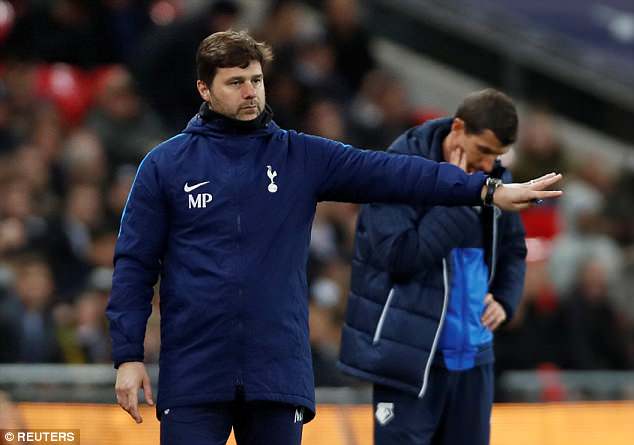 Four league wins on the bounce have put Conte’s side within touching distance.

The thought of Champions League finalists Liverpool finishing outside the top four was unthinkable last month. But a run of three games without a Premier League victory has left them in danger of dropping out.

Eden Hazard, though, is under no illusion that the odds are stacked against Chelsea.

‘It is not in our hands,’ the Belgian said. ‘It does not only depend on us but we will play, we will hopefully win, and then we will see the results of Tottenham and Liverpool and we will give everything. Beating Liverpool was a massive result. 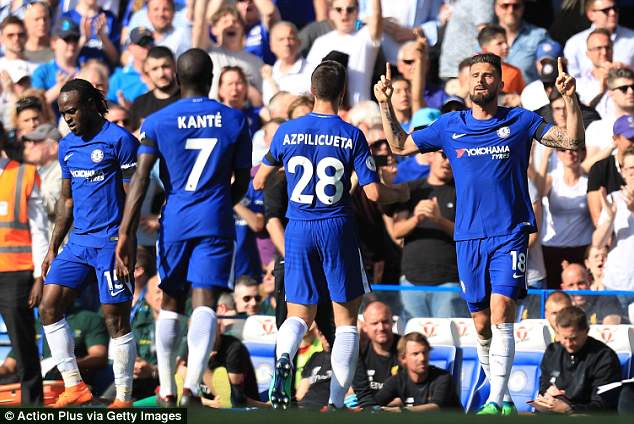 Team-mate Olivier Giroud, who has scored four goals in his last five for the Blues, added: ‘I hope I can be the lucky charm for the Champions League race in the final sprint,’ said the former Arsenal striker.

‘We don’t have the situation in our hands, but I have experience of these kind of end-of-season situations.

‘We need to give everything and wait for the other results. I’m confident because if we play with that kind of mentality we can have nice things.

‘Tottenham lost this weekend, so it gives us a bit more energy and hope, so that’s why we want to fight to the end.’